Aidan Shaw is back to shake up Carrie Bradshaw’s love life in Season 2 of “And Just Like That.”

John Corbett is set to reprise his role as Carrie’s ex-fiancé in the sophomore season of the “Sex and the City” revival, Deadline reported on Friday.

The outlet noted that Corbett, 61, is coming on for a “substantial, multi-episode arc” on the HBO Max series.

Page Six revealed in April 2021 that the “My Big Fat Greek Wedding” star was going to be in the first season of “AJLT,” however, his appearance never panned out.

He told the publication last year: “I’m going to do the show,” adding that the news is “very exciting” for him.

“I think I might be in quite a few [episodes],” Corbett claimed at the time.

However, star Sarah Jessica Parker divulged this past February that Corbett apologized to her for alleging that he will be in the reboot.

“He actually reached out very kindly, ’cause he’s nothing if not a gentleman, and apologized for doing that as a joke,” the “Divorce” star, 57, said during her appearance on “Watch What Happens Live With Andy Cohen.” “And then I was like, ’No, no, no. I mean, it’s a free country, first of all, and second of all, I thought it was kind of delightful and fun.’”

“And Just Like That” executive producer Michael Patrick King later clarified why Aidan didn’t appear in the first season, dishing to Deadline in February about how his presence would have been a whirlwind for Carrie as her husband Mr. Big (Chris Noth) died on the show.

“It really just felt like this was a lot for Carrie,” King said. “This season was a lot. We wanted to get her through [Big’s death] and into the light — the last episode is called, ‘Seeing the Light.’ We wanted to get her out. [Aidan’s return] is a big storyline that everybody at home wrote that we had never intended.”

Woman cuts off boyfriends penis for attempted rape of 14-year-old daughter: 'no regrets' 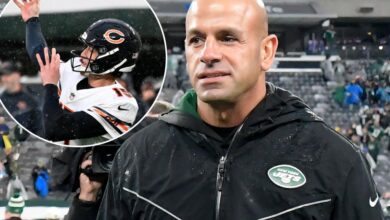 Jets not fazed by Bears’ QB uncertainty: ‘Nothing changed’ 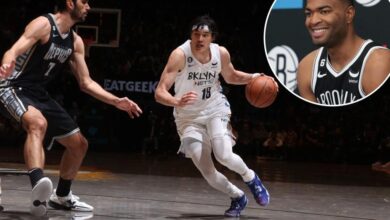 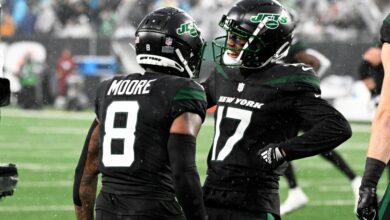 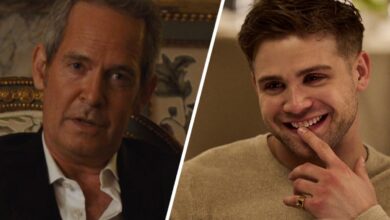 ‘The White Lotus’ Sex Scene Shocker: Are Tom Hollander and Leo Woodall Uncle and Nephew? The Stars Weigh In