A “flash mob” of looters were caught on camera ransacking a 7-Eleven in Los Angeles earlier this week — making off with handfuls of cigarettes, snacks and other goods, authorities said.

Video clips released by Los Angeles police show dozens of people, many of them not bothering to hide their faces, grabbing up various items as they swarmed the chain store Monday shortly after midnight in the Harbor Gateway section of the city.

Part of the footage even shows the rowdy bunch going behind the counter that was apparently vacated by 7-Eleven employees and flinging items toward a pack of people on the other side.

Snacks, drinks, cigarettes, lottery tickets and other merchandise were all lifted from the store that also was vandalized, according to police. Looters also allegedly threw items at store employees.

After exiting the store, the throngs of suspects quickly left the area before cops arrived, police said.

The robberies occurred during a street takeover where drivers flooded and blocked a city intersection with their vehicles from all directions to create a “pit” in the middle of it, police said.

Spectators got out of their cars and watched as drivers started “doing donuts,” authorities said.

“The term ‘flash mob’ was first used to describe a large public gathering at which people perform an unusual or seemingly random act and then disperse, typically organized by means of the internet or social media,” the LAPD said in a statement.

“In the latest cases, however, ‘flash mobs’ have turned from fun spontaneous events to opportunistic criminal occurrences.”

Police were seeking the public’s help in apprehending the suspects. 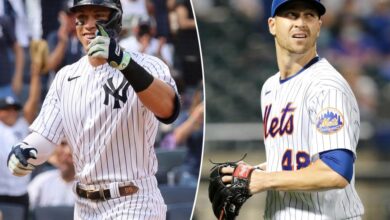 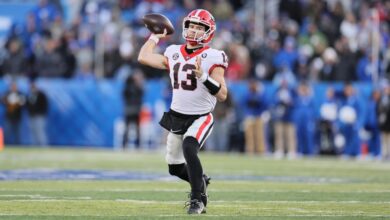 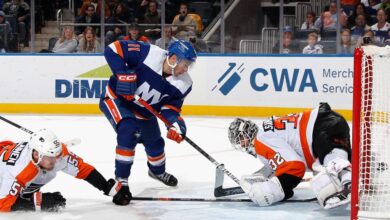 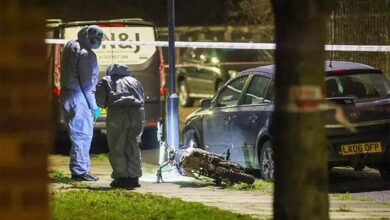