Alec Baldwin said his shooting of Halyna Hutchins on the set of “Rust” has “taken years off my life” and cost him professionally.

The “Boss Baby” star told CNN he’s lost five projects in the aftermath of Hutchins’ death, with industry leaders seemingly not wanting to risk hiring him.

“I got fired from another job yesterday,” Baldwin said. “There I was all set to go to a movie, jump on a plane … I’ve been talking with these guys for months and they told me yesterday we don’t want to do the film with you because of this.”

Baldwin, 65, also said he’s feared for his life after President Donald Trump publicly said that he believed he shot the cinematographer on purpose. Baldwin said the stress from those fears “taken years off my life.”

“There is just this torrent of people attacking me who don’t know the facts,” he said.

Baldwin credited his family for helping him push through the tragedy but also said he likely would’ve quit Hollywood had he not needed to support his wife, Hilaria Baldwin, who is pregnant with their seventh child together.

“If I didn’t have my wife, I don’t know where I would be right now … If I didn’t have her, I probably would have quit, retired, gone off, you know sold everything I owned, got a house in the middle of nowhere and just you know did find something else to do, sell real estate,” he told the outlet.

While New Mexico’s Office of Medical Investigator officially ruled the shooting was an accident, Baldwin fully blamed Hannah Gutierrez-Reed, who served as the armorer and props assistant on the film, and assistant director Dave Halls, who handed him the gun.

“Someone put a live bullet in the gun who should have known better,” Baldwin told CNN. “That was [Gutierrez-Reed’s] job. Her job was to look at the ammunition and put in the dummy round or the blank round, and there wasn’t supposed to be any live rounds on the set.

“There are two people who didn’t do what they were supposed to do,” he added. “I’m not sitting there saying I want them to, you know, go to prison, or I want their lives to be hell. I don’t want that, but I want everybody to know that those are the two people that are responsible for what happened.”

In a statement, Halls’ attorney said Baldwin is attempting to shift the blame.

Kenney’s attorneys responded in July, denying any allegations and asking the court to dismiss the case, CNN reported.. He did, however, admit that his company was the sole supplier of ammunition to the “Rust” set.

“We have again asked that the Santa Fe County Sheriff’s Office and FBI test the live rounds for fingerprints and DNA to confirm where the live rounds came from. To date they have not done so on this vital question, which must be answered to uncover the full truth of what happened.” 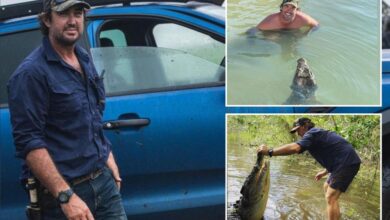 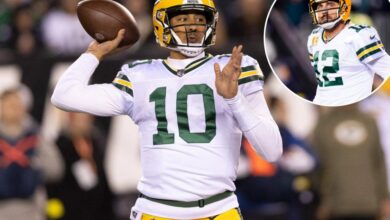 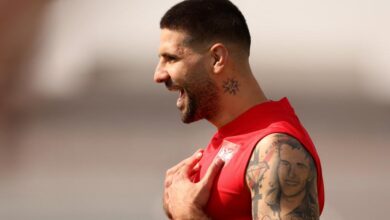 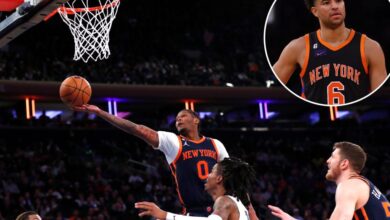 Knicks roll with Cam Reddish over Quentin Grimes down the stretch