For the first time ever, Americans are watching more streaming TV than cable, according to a report from Nielsen. The milestone has long been expected as viewers change their viewing habits and ditch their pricey cable bundles for cheaper alternatives.

In July, streaming amounted to 34.8% in the share of total TV consumption, a growth of nearly 23% within the past year. Cable and broadcast viewership both dropped year over year, with the former amounting to 34.4% and the latter making up just 21.6%. Both fell around 10% compared to July 2021.

Nielsen notes streaming has surpassed broadcast before, but its the “first time it has also exceeded cable viewing.” Netflix, Hulu and YouTube also captured record-high shares, with Netflix (NFLX) being the biggest streaming platform thanks to “Stranger Things'” new season.

The report’s findings aren’t surprising, but it is an inflection point for the typical American TV viewer as well as the industry. Entertainment companies are spending billions of dollars bolstering their streaming services to future-proof themselves. But streaming’s glory days might already be over: The war to win over subscribers at any cost is done.

Disney (DIS) is hiking prices after losing a ton of money on its various streaming services. Netflix recently jacked up prices and is cracking down on password sharing. Warner Bros. Discovery, CNN’s parent company, is scrapping films and series left and right and reversing its controversial everything-under-one-streaming-roof strategy. All three services are expanding their ad-supported offerings.

Streaming itself isn’t going anywhere — it’s the present and future of Hollywood — but the spend now, ask questions later days look to be coming to an end as these services mature and media companies cleave to what makes money.

“The streaming wars are over because subscriber growth has come to a halt,” Michael Nathanson, a media analyst at MoffettNathanson, told CNN Business. “You’re fighting a war in a land that has no more resources in it.”

Tags
Business The cord has been cut. Streaming is more watched than cable - CNN 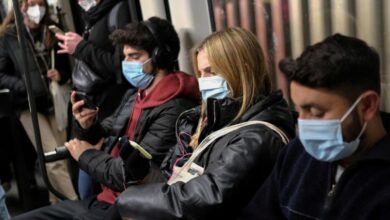