SACRAMENTO, Calif. — Ben Simmons is a work in progress after he missed all of last season with mental health woes and a bad back. He has been working around all the outside noise while he shapes up for the Nets on the court — or at least tries to.

After a herniated L-4 disk forced Simmons to have a microdiscectomy procedure in May, he has been robbed of much of his old explosiveness — at least so far this season. Simmons has vowed that neither that nor the mental health issues he has dealt with will rob him of his love of the game, even if he’s not enamored with some of the things that come with it.

“A lot of things come with being in this position. … But it is what it is. I love playing basketball and I love to work. Not every day is going to be perfect. Everyone has down days. But that’s life. Day by day pushing through and getting better.”

Talk to Simmons for more than three or four minutes and chances are that phrase will come up: Taking things day by day, both on the court and in the world.

The 26-year-old, three-time All-Star who was acquired last season from the 76ers in the deal that sent James Harden to Philadelphia, has been relegated to coming off the Nets’ bench. Simmons’ return to form hasn’t been a linear climb, but more stop-and-start.

“It’s a roller coaster. You have good days. You have bad days,” Simmons said. “But it’s life, too. So you’ve just got to stick with it.”

Staying in a good headspace is surely harder if Simmons goes down the rabbit hole of social media, where he is often excoriated, not just by Philadelphians, but even by Nets fans who feel he wasn’t worth the cost of Harden.

“Yeah, I don’t think you could fully shut it out,” Simmons said. “It’s one of those things where you take certain things, certain information.

“But at the same time, I know who I’m going to listen to and talk to. And then on top of that, it’s day by day: Everyone’s going to have certain expectations of me. Obviously mine are probably higher than everyone else’s, which they should be. But I know it’s going take time to get back to where I was. And I’m OK with that.”

Simmons —who leans heavily on his inner circle of his brother and father — entered Tuesday averaging just 5.2 points, 6.2 rebounds and 5.9 assists, all career-lows. He was a team-worst minus-43, and his minus-4.8 per game was 410th out of 455 players, per NBA.com.

Because both Simmons and center Nic Claxton are non-shooters, coach Jacque Vaughn has opted to separate them. He has started Claxton and made Simmons his backup ever since Vaughn replaced the fired Steve Nash and Simmons returned from a four-game absence due to a swollen knee.

“He’s still doing a little bit of everything,” Vaughn said. “You see that [second] group that we have him out there with hopefully we’re able to capitalize on him getting the rebound, pushing the basketball and having three or four shooters around him, so we create pace and some movement with him.

“He’s still getting used to playing with that group. He usually finishes the quarter with the first group, so he’s trying to hedge and feel that team as well. So trying to put him in a position where he can do well.”

The Nets need him to do well. Or at least to do better.

Simmons, who missed the loss to the Lakers on Sunday with that knee issue, is in the third season of a five-year, $177 million contract. Suspended Kyrie Irving will be a free agent after this season and Kevin Durant has already requested a trade once, so Simmons could be here longer than either. The Nets are tearing him down and remolding him as a backup center.

“We’re just trying to figure it out now, positioning, defensively too. I’m enjoying it. It’s a new opportunity so I’m looking forward to it,” Simmons said. “[It’s] everything, literally. We’re starting from the ground up. … It’s a lot of different things to learn offensively and defensively. So I’m taking it day by day.” 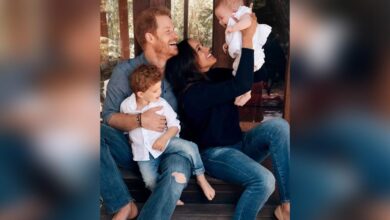 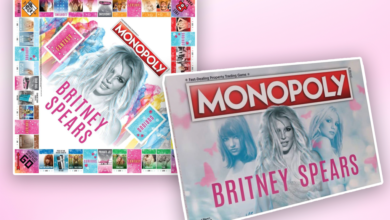 Shop the new Britney Spears Monopoly board game on Amazon 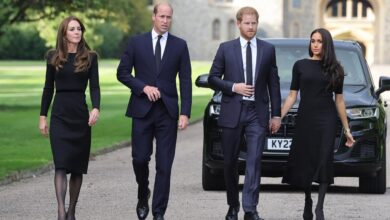 That was not me in bed with Antonio Brown