The owner of a Sydney, Australia cafe has revealed her struggles after appearing on Channel 7’s Kitchen Nightmares Australia, saying she has lost thousands of dollars in business after the program rebranded and renovated her cafe.

Virginia Cheong, the owner of Cafe de Vie in Homebush, recently appeared on the Channel 7 program hoping to get some expert advice on how to better run her business.

During the week of filming back in May, the program completely rebranded her cafe into a Lebanese restaurant, changing the name to Cafe Tabouli and overhauling the menu – a move that has seen the business faced with even more troubles than before.

Kitchen Nightmares Australia is based off the popular Gordon Ramsay series, with the Aussie version being hosted by chef Colin Fassnidge.

Speaking to news.com.au, Cheong said, while the business wasn’t going great before the show, the cafe was still experiencing a good turnover but she wasn’t drawing a salary due to a number of problems and inefficiencies.

“The turnover was there and that’s why it didn’t make sense. We were hoping to get some kind of clarity on how we do things and streamlining (the process),” she said.

The first week after the store reopened with under the rebranded name Cafe Tabouli, they saw a $4,000 drop in business.

Cheong said she and her husband thought people may not have realized they had reopened after being closed for a week during filming.

“The second week we are down $2,713, so we picked up a few thousand dollars but that was it, we couldn’t go any further,” she said.

“So it was constantly down all down for a whole nearly two months.”

Another major change made by the show was to get rid of the cafe’s coffee corner that allowed customers to order directly from the street.

Cheong said the cafe would get a lot of business this way, as people passing by would stop to order takeaway coffee or food.

During the renovations, the Kitchen Nightmares team moved the coffee machine to the back of the store, causing the cafe’s coffee sales to drop instantly.

The cafe owner told news.com.au that they thought serving traditional Lebanese food would appeal to the Lebanese demographic, but instead members of the community have said it was a “stupid idea”.

She said others had even branded Cafe Tabouli “a joke.”

The owner said she has been trying to talk to customers to figure out what is causing the huge downturn in business.

She said when customers do come in they say the food is “amazing” and that the portion sizes are great and everything is “very fresh”.

“Slowly people started to come back and we’ve been able to get back to, not close, but we’re better than we were before,” Cheong said.

“However, having said that we cut all the prices, so our margins, if they were bad before, they are even worse now.”

‘Not everyone’s going to survive’: Fassnidge hits back

Fassnidge has responded to Cheong’s claims, defending the show while talking to Nova FM radio hosts Fitzy and Wippa.

“It was a Chinese owned cafe serving terrible Middle Eastern bread and Italian food. It was also losing,” the chef said.

He said the owner should be reactive to the response the cafe is getting and change things around if needed.

“(Her) husband is a tiler and his wage was keeping the cafe going. So this thing of they’re losing all this money because we moved the coffee machine, mate – move the coffee machine back,” he told the radio show.

Fassnidge said the reality is that “not everyone is going to survive” in the industry, even with rebranding and a new menu.

“That’s the brutality of the industry we’re in,” he said.

Fassnidge said he “really liked Virginia” and it was a “shame” she was still experiencing difficulties after the show.

A Seven spokesperson said the goal of Kitchen Nightmares was to “encourage all Aussies to get out and support local business”.

“Kitchen Nightmares Australia has given six struggling business owners on the brink of collapse access to industry expertise, advice and solutions to help put them back on their feet,” the spokesperson said.

Cheong took over the business four years ago when the previous owner – her cousin – experienced a heart attack.

After the rebranding, all she heard from staff and customers was that she shouldn’t had gone along with the changes and that they needed to bring back the old menu.

She said she resisted these calls because she trusted in the Kitchen Nightmares experts and didn’t want to undo all the hard work that had gone into rebranding the business.

“I was trusting. I said you know what, I’m going let my ego and everything go and then let the experts in. If they say this is the way to go then they must have done the research and that’s the way we should do it,” she said.

The owner told news.com.au the show was initially meant to air back in July, after filming finished in late May.

“So May to July wasn’t a huge gap and we thought we thought when the show goes to air it will all make sense,” Ms. Cheong said.

“But in fact it didn’t. It didn’t make sense at all. We were left with this for six months before the show went to air.”

Cheong said she is now scared to make any further changes or decisions about the cafe and feels as if she is “stuck between a rock and a hard place”.

However, she said she really didn’t want to throw the Channel 7 show under the bus.

“The branding is there. I don’t want to discount anything Kitchen Nightmares did, they do have a point and they are not entirely wrong. It’s just there are a few things I think have been overlooked,” she said.

“The biggest thing is that we are predominantly a cafe and they literally changed us into a Lebanese restaurant. We were a modern cafe serving all kinds of food and then suddenly a Middle Eastern restaurant.”

The owner said people from Kitchen Nightmares team had told her to “be patient, wait for the show, people are going to see you”.

However, Cheong said she was getting mixed messages. She had also been told the customers that will visit after the show are not likely to be locals who will turn into regular customers.

“It is a difficult situation and I think I do need to speak to a branding expert,” she said.

Cheong said everyone was telling her she should regret going on the show and rebranding the cafe but she didn’t want to think that way.

“This is just a little hump and hopefully with the support of the customers, they can help us get through.” 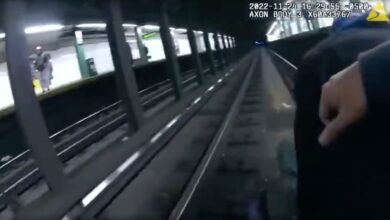 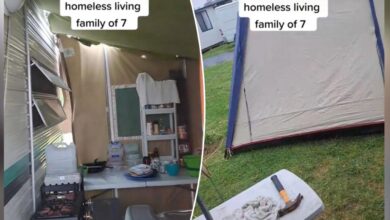 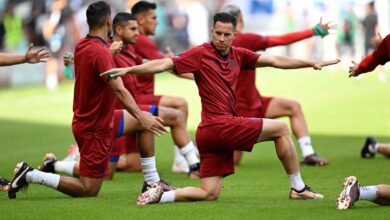 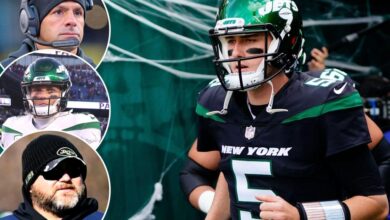