At three years old, Poppet, a deaf Dalmatian, was described by her owners as quiet and shy — until her spotted sister Poppy came along.

The couple from Edinburgh, Scotland, Kaylee, 33 and David Hughes, 37, discovered Poppet was deaf at six-week-old, and were able to train her using sign language and hand signals — which she quickly picked up.

However, the couple admitted they were worried her quality of life would suffer — noting she was very timid and apprehensive about what was going on around her.

All that changed when the Hughes’ brought home Poppy.

“We never planned to get Poppy as a service dog for Poppet, but it certainly seems like Poppet uses her sister for her ears,” Kaylee said, per Metro News.

The couple say they don’t know if Poppet knows she’s deaf, but they can see she understands that Poppy has a sense that she doesn’t have, and will rely on her for certain things.

The two Dalmatians have been inseparable since they day they met, with Poppy taking her role of Poppet’s ears very seriously.

“Poppet uses Poppy for everything,” she said. “If Poppy barks, she will bark, if Poppy runs off on a walk, she will follow, she’ll always look to Poppy to see what’s she is doing and copy her.”

The dedicated dog owners say Poppy will go and find Poppet when it’s bed time — and nudge her to sleep — and has given her confidence to explore her surroundings.

“She even loves going and running in the river now, which is something that used to scare her quite a bit,” Kaylee gushed.

It’s a two way street for the helpful pooches, with Poppet helping the excitable Poppy “mellow” out.

“Poppet was a dream to train, but Poppy is the free spirit of the pair and doesn’t really like being told what to do,” Kaylee admitted.

“But now when we give Poppy a command, Poppet will usually mimic what she does,” she added. 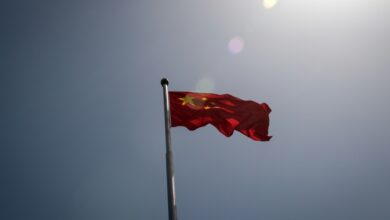 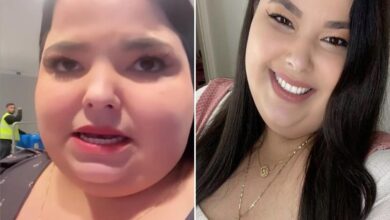 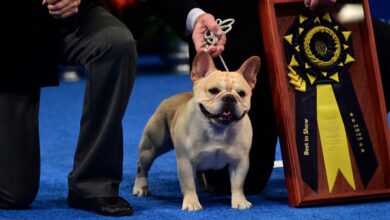 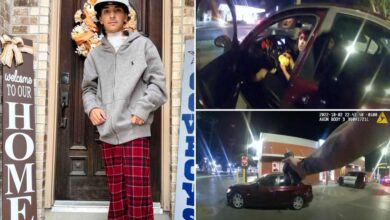