A French Holocaust denier who was convicted under France’s anti-Nazi laws has been arrested in Scotland after authorities searched for him for two years, police said Tuesday.

Police Scotland said Vincent Reynouard was arrested in Fife, north of Edinburgh, on Thursday on behalf of French authorities, and that he appeared before the Edinburgh Sheriff Court on the same day.

Investigators from France’s office for hate crimes and crimes against humanity have been working with U.K. officials to track Reynouard for some time.

Reynouard, 53, had been convicted of Holocaust denial, a criminal offense in France, multiple times. His latest conviction was in relation to a series of antisemitic posts on social media. He was given a four-month jail term in November 2020 and a further six-month spell in January 2021.

A picture taken on Sept. 27, 2007, shows Vincent Reynouard at the Saverne courthouse. The French chemical engineer was sentenced on Nov. 8, 2007, to one year in prison and fined $14,600 for Holocaust denial. Reynouard has once again been arrested for hate crimes and crimes against humanity in Scotland on Nov. 10, 2022.
(FREDERICK FLORIN/AFP via Getty Images)

The Campaign Against Antisemitism, a British nonprofit, welcomed the arrest and described Reynouard as a “despicable Holocaust denier who has repeatedly been convicted by French courts.”

The charity said he was reportedly living in the U.K. and working as private tutor. It said his first Holocaust denial conviction was in 1991 for distributing leaflets denying the existence of gas chambers at concentration camps. 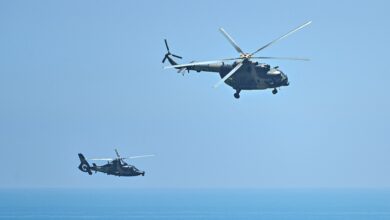 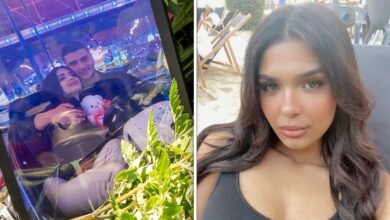 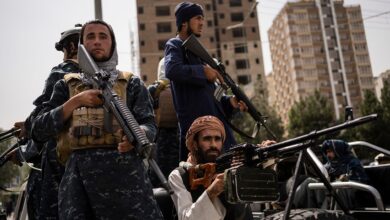 Peru Official Concedes There’s No Evidence Criminals Are Behind Protests