Jodie Sweetin appeared to throw shade at her former “Full House” co-star Candace Cameron Bure for choosing to join a network that only focuses on showcasing “traditional marriage.”

After JoJo Siwa shared a screenshot of an article titled “Candace Cameron Bure’s Plan For New Cable Channel: No Gays,” on Instagram, Sweeten responded in the comments section, “You know I love you ❤️❤️.”

In her post, Siwa slammed Cameron Bure for being “rude and hurtful” to the LGBTQIA+ community.

“honestly, I can’t believe after everything that went down just a few months ago, that she would not only create a movie with intention of excluding LGBTQIA+, but then also talk about it in the press,” Siwa, 19, wrote.

Sweetin’s comment garnered nearly 2,550 likes and inspired several fans to voice their own opinion on the controversy.

@jodiesweetin thank you for being the amazing human you are and being so loving/inclusive ❤️,” a third wrote.

However, others slammed Sweetin, 40, for throwing Cameron Bure under the bus after years of apparent friendship.

“@jodiesweetin thought you a candace were friends. grew up together. but you still take the side of someone you barely know just because they have the same viewpoint as you,” one critic said.

“if there was a dislike button i’d press it on your comment,” another jabbed.

Cameron Bure was faced with backlash when she shared that she was joining the Great American Family network, which does not feature same-sex couples at the forefront of its projects.

She had announced that she was exiting Hallmark in April after more than 10 years and 30 movies, subsequently transitioning to Great American Family.

“I’m very excited to develop heartwarming family and faith-filled programming and make the kind of stories my family and I love to watch,” Cameron Bure said in a statement at the time. “GAC fits my brand perfectly; we share a vision of creating compelling wholesome content.”

She furthered in an interview with The Wall Street Journal that the network aligned more with her own beliefs.

“I knew that the people behind Great American Family were Christians that love the Lord and wanted to promote faith programming and good family entertainment,” she said.

“One Tree Hill” alum Hilarie Burton responded to Bure’s comments by calling her a “bigot.

“I don’t remember Jesus liking hypocrites like Candy. But sure. Make your money, honey,” Burton tweeted, adding, “You ride that prejudice wave all the way to the bank.

Despite her decision, Cameron Bure had claimed in the past that she had no problem working on projects about the queer community.

“I support all things that we go through as human beings and would love all our characters to explore whatever issues that are current in our culture and our society,” she said during a 2016 panel.

She also had to defend herself on Instagram, claiming that she wasn’t homophobic a year later.

“Loving Jesus doesn’t mean I hate gay people or anyone,” she shared at the time.

FDA: Opioid reversal drug might be safe for over-the-counter use 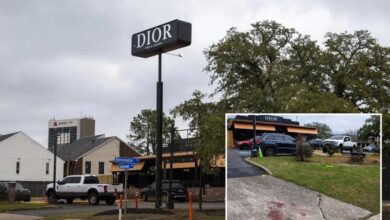 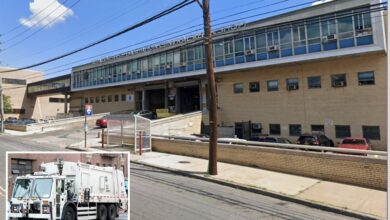 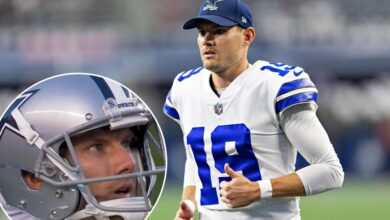