He may not be the love of her life, but Kendall Jenner is on good terms with ex Harry Styles.

The “Kardashians” star, 27, danced the night away at the One Direction alum’s “Love On Tour” show in Los Angeles Monday night.

Videos taken by fans in the crowd at the Kia Forum showed Kendall sitting beside sister Kylie Jenner and pal Hailey Bieber while rocking out to Styles’ music.

The trio, who were filmed dancing to “Daydreaming” and “Watermelon Sugar,” were also joined by Kim Kardashian’s childhood best friend, Allison Statter.

Kendall donned a snakeskin print halter-neck top, which she paired with black pants and a small, brown shoulder bag.

After shouting “we never skip therapy” along with the crowd during Styles’ talk back section of the show, the supermodel acquired a green cowboy hat for the encore.

“I CANNOT BELIEVE KYLIE AND KENDALL JENNER AND HAILEY BIEBER ARE HERE,” one fan wrote on Twitter.

“kylie never goes anywhere this is crazy,” another chimed in, referencing the makeup mogul’s penchant for frequently skipping events.

A third fan wrote, “I love the teasing look that Hailey is giving Kendall LOLOL.” 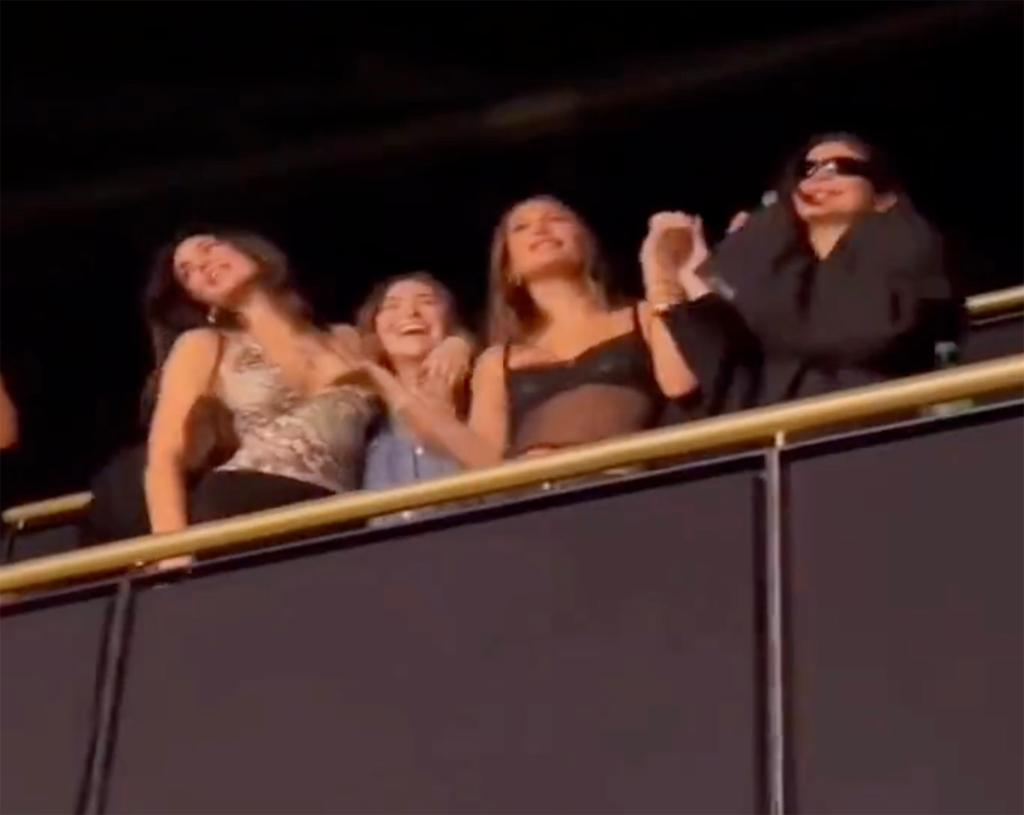 The group danced to “Watermelon Sugar” and other tracks. 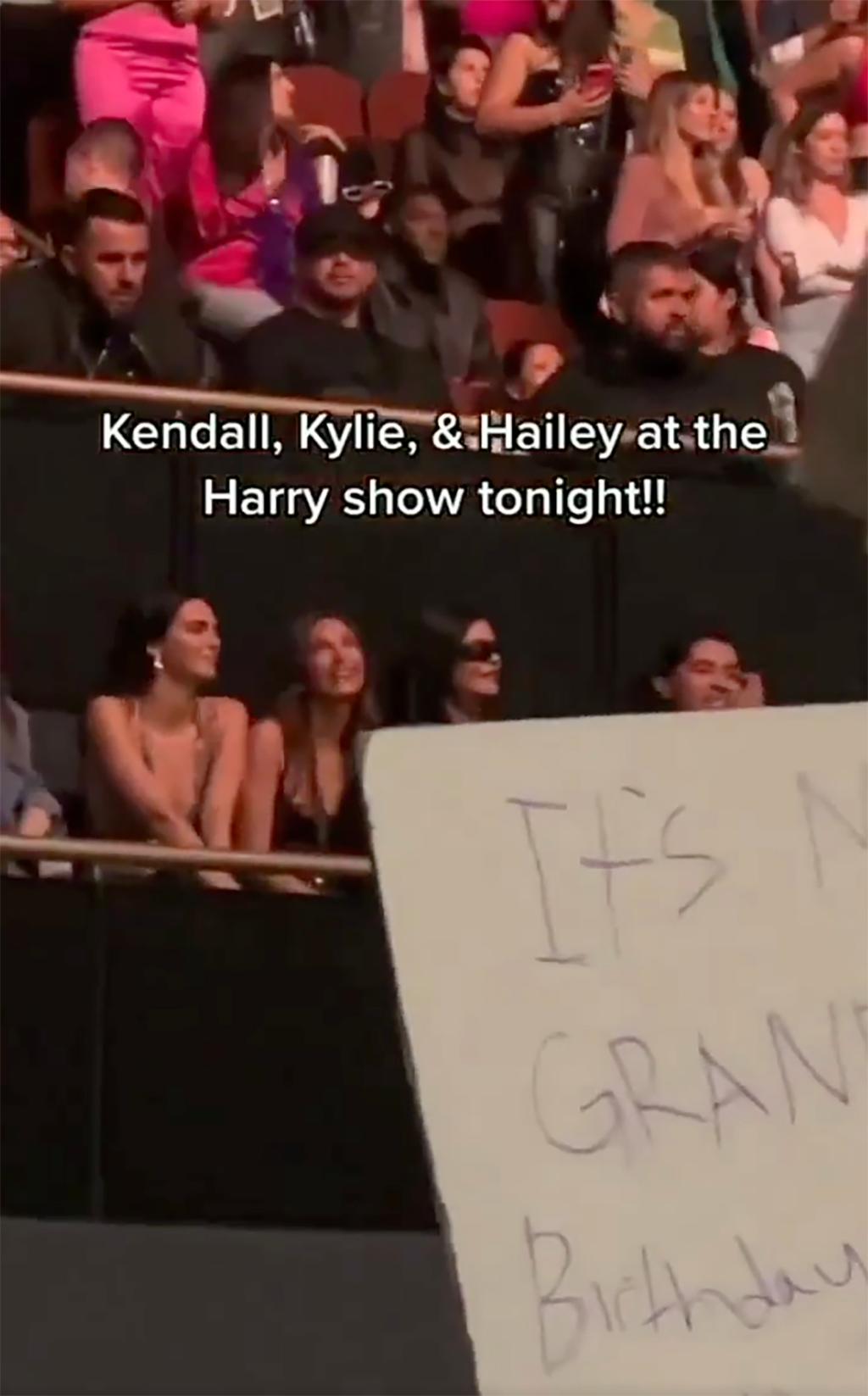 The group danced to “Watermelon Sugar” and other tracks.

The model was bringing the Cars frontman coffee as he…

The 818 Tequila founder started dating the “What Makes You Beautiful” crooner, 28, in February 2014.

They were spotted on several dates together around that time, but called it quits shortly afterward.

The former couple rekindled their relationship in 2015, after Styles romanced a string of other high-profile models.

As Page Six reported at the time, they were seen getting cozy at a New Year’s Eve party, and got back together soon afterward.

Despite going strong for almost a year, the relationship wasn’t to be, and they called it quits at the end of 2015.

The pair have remained friendly through the years, with Kendall even appearing on “The Late Late Show With James Corden” in 2019 while Styles was guest hosting.

She has since moved on with NBA player Devin Booker, while Styles is dating Olivia Wilde.

Life after Lisa Marie’s death is a ‘dark journey’

Conor McGregor hit by car while biking: ‘Could’ve been dead’

Alyssa Farah Griffin Says Prince Harry Overshared in Memoir on ‘The View’: “I Didn’t Need to Know About His Penis”