SALT LAKE CITY — Maybe it was the team-wide dinner Monday night when accountability for the Knicks’ recent struggles was emphasized. Possibly, it was coach Tom Thibodeau cutting down his rotation to nine players. It could’ve been just a team finding itself for one night in this early juncture of the season.

Whatever the reason, the Knicks picked a good time for a complete effort Tuesday night and pulled out an important early-season victory, responding to Sunday’s ugly loss to the Thunder in a big way. They notched arguably their best win of the young season, an impressive 118-111 victory over the surprising Jazz at Vivint Arena to start a daunting five-game road trip out west on a positive note.

The dinner was called by Julius Randle, according to RJ Barrett, at what could be a seminal moment in the Knicks’ season.

“Just trying to hold each other accountable,” Barrett said after shootaround on Tuesday. “Trying to get this going because we want to win.”

Jalen Brunson was brilliant in taking over the final period, finishing with 25 points and eight assists as the Jazz lost at home for the first time in six tries. Cam Reddish continued his strong play with 19 points and Immanuel Quickley keyed a strong performance from the bench with 13 points and four steals.

The Knicks trailed for the better part of the first three quarters, and had moments when they wobbled. But they didn’t break, and Thibodeau’s team finished with a fury, dominating the fourth quarter behind Brunson. Perhaps most importantly, they did it with defense, clamping down when it mattered most after allowing a whopping 145 points just two days ago.

The Knicks delivered the knockout punch, a 16-2 run early in the fourth quarter to build the first double-digit lead of the game. Quickley hit consecutive 3-pointers in the run, but it was really the Knicks’ defense. They held the Jazz without a made field goal for 4:21, swarming to the ball and forcing contested shots deep into the shot clock.

Brunson then put it away, setting up a Barrett (18 points) layup, and he scored on consecutive possessions to push the lead to 14 with 4:45 left.

Only nine Knicks played in the first half as Thibodeau cut Evan Fournier and Quentin Grimes from the rotation. It was a quality opening 24 minutes coming off the disaster against the Thunder. Whenever the Jazz looked like they were ready to go on a run, the Knicks responded.

The defense, particularly the help defense, was improved, the Knicks cutting off driving lanes and limiting open looks from beyond the arc. Jericho Sims was active at both ends of the floor, finishing with 11 points and 13 rebounds and a highlight reel alley-oop slam over rookie Walker Kessler. He fueled a 15-4 run in the second quarter that he capped with a three-point play.

The Knicks trailed by as many as eight late in the first quarter and led by four at one point in the second quarter. They closed the half well, converting consecutive 3-pointers from Obi Toppin and Brunson at the buzzer to go into the break up three. Turnovers were an issue, nine of them in total over the first two quarters, or the Knicks would’ve had a larger lead at the break. Of those turnovers, at least three came in transition that negated easy opportunities.

The offense was sluggish in the third and the Knicks found themselves down seven late in the period, before a mini 10-2 burst from the bench briefly gave them the lead. It was a two-point game entering the fourth after Simone Fontecchio’s 3-pointer closed the quarter for the Jazz, typical of the seesaw nature of the first three quarters. 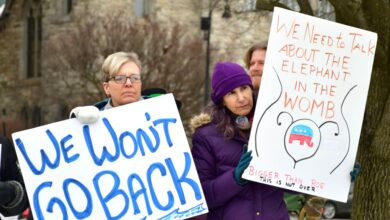 Women’s march brings in thousands on 50th anniversary of Roe 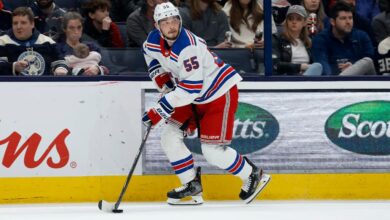 Rangers embracing challenge of tough schedule: ‘Good for us’ 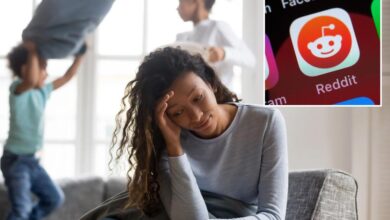 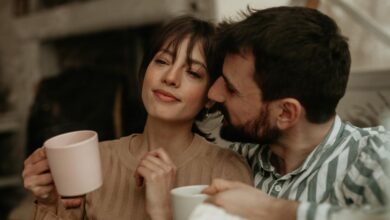 I’m cheating on my boyfriend — he has no idea