The leader of a Kremlin-backed mercenary group voiced his approval for the brutal, deadly bludgeoning of a recruit who deserted to Ukraine.

A man identified as Yevgeny Nuzhin said in footage published over the weekend that he surrendered to Ukrainian troops in September but was kidnapped in Kyiv on Friday, according to The Moscow Times.

The footage then reportedly depicts Nuzhin being beaten to death with a sledgehammer by a Wagner group member.

Wagner founder Yevgeny Prigozhin voiced support for Nuzhin’s killing, saying in a statement Sunday that he was a traitor.

Prigozhin, who is on the FBI’s 10 Most Wanted list, also praised the execution video as “excellent directorial work that’s watchable in one sitting,” and said it should be titled “A Dog’s Death to a Dog.”

“He wasn’t taken prisoner and didn’t surrender but planned his escape,” he added.

Russian President Vladimir Putin chairs a meeting on the country’s transport industry via a video link in Sochi, Russia, on May 24, 2022.
(Sputnik/Mikhail Metzel/Kremlin via REUTERS)

Nuzhin was reportedly a convicted murderer who joined Wagner after Prigozhin recruited from prisons, offering amnesty in exchange for fighting against Ukraine.

Those who deserted, however, were threatened with death.

Nuzhin spoke out about the lackluster conditions within Wagner and the ranks of the Russian army, according to footage released by Ukrainian forces after Nuzhin deserted.

Nuzhin’s family was devastated and cried when they saw footage of his death, according to an interview his sons did with Gulagu.net, a prisoners’ rights organization.

“He was a prisoner of the Ukrainians and then a terrible thing happened to him…all his relatives blame the Ukrainians for this,” Nuzhin’s son Ilya said, adding that Ukrainians should have known they were sending him to his death.

Declining to comment on the video of Nuzhin’s killing, Kremlin spokesman Dmitry Peskov told the press Monday: “It’s not our business.”

Rebekah Koffler, a former DIA intelligence officer for Russian Doctrine & Strategy and the author of ”Putin’s Playbook,” told Fox News Digital that while the killing of Nuzhin is “horrifying,” it is “unsurprising.”

OPINION: PUTIN WILL RELY ON HIS PERSONAL CHEF AND WAGNER GROUP HEAD TO MANAGE NEXT PHASE OF WAR

“The Wagner Group is well-known for its torture tactics,” Koffler said. “What Putin’s regime is trying to do is instill fear in the Russian soldiers — who are already demoralized and exhausted from the nine months of grueling fighting — to discourage them from abandoning the battlefield.”

Koffler maintained that such tactics come from the top.

“All this comes from Putin,” she said. “In March, following the invasion, Putin gave a terrifying speech during a massive pro-war rally, in which he called out those who don’t support his ‘special operation’ in Ukraine ‘scum and traitors’ deserving to be turned in to authorities. He called for a ‘self-cleansing of Russia’ from pro-Western ‘fifth column.'”

“This inhumane treatment by the Wagner operatives of those who switch sides comes from that Stalinesque Red Terror mentality,” Koffler added.

Jon Brown is a writer for Fox News Digital. Story tips can be sent to jon.brown@fox.com.

All six crewmen identified in fatal collision at Dallas airshow

Here's How To Stream The 'Yellowstone' Season Premiere For Free 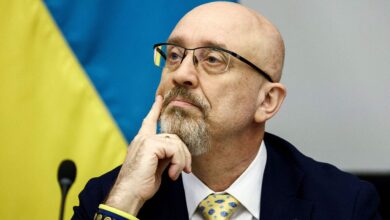 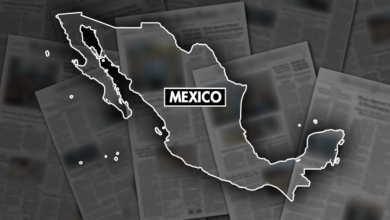 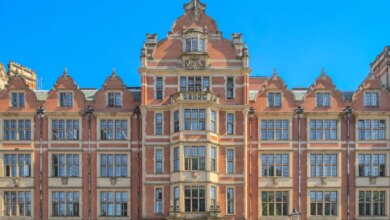 Christmas, Easter removed from London School of Economics academic calendar: ‘Church of woke’ has taken over 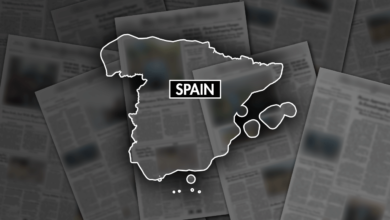