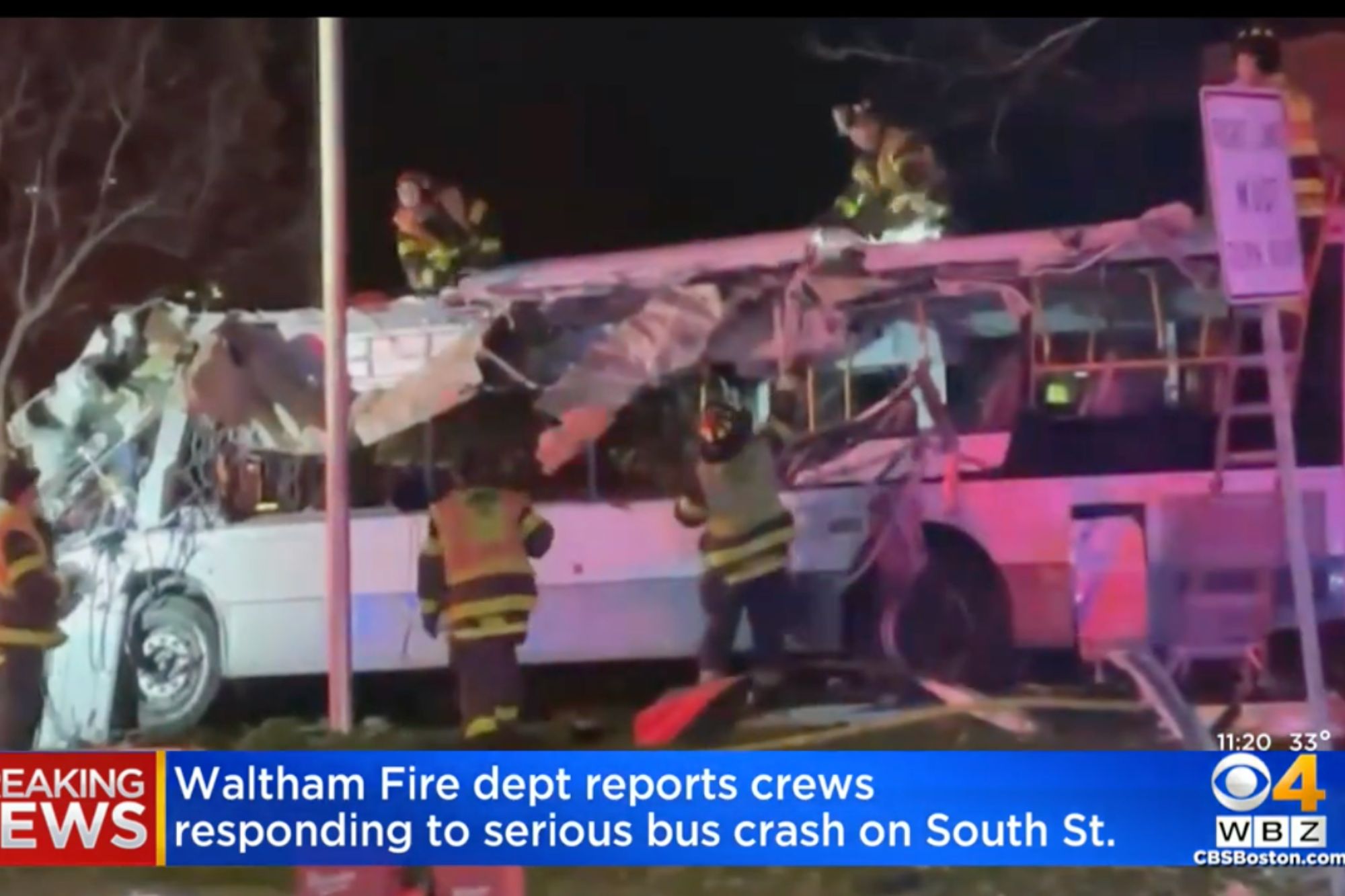 At least 12 people were injured after a bus rolled over near Brandeis University in Massachusetts on Saturday night.

It’s not clear what caused the bus to crash in Waltham and the severity of the injuries wasn’t immediately known, according to NBC Boston.

The large bus was transporting an unknown number of passengers when it rolled over several times, a fire chief confirmed.

Video from the scene showed the mangled bus upright in a residential area with debris scattered around it.

The roof of the bus appears to be heavily damaged and several windows are smashed, the video showed.

Several passengers were wheeled away on stretchers, according to the images. It’s not clear if any of those hurt were Brandeis students, however witnesses said the passengers appeared to be college-aged.

“I was inside and I heard a big crash and bang… then I heard glass breaking and so I came out and I saw all the trucks… people on the side of the road that were obviously very hurt,” Meghan Jacobs, who just moved into the house across the street two weeks ago, told NBC Boston.

“There was lots of blood and people were obviously very hurt,” she added. “It’s very shocking, very shocking… it wasn’t expected obviously. It’s horrible, and I’m just praying for everybody.”

Officials have not yet confirmed where the bus came from or where it was heading, however the bus appeared to belong to Joseph’s Transportation, out of Medford, Massachusetts.

Biden's granddaughter gets married at the White House