Preliminary findings show an NYPD detective is believed to have fired the fatal shot in an undercover drug operation that turned deadly, sources said.

One drug dealer was killed and another was expected to face federal charges after the Friday night mayhem on Vermilyea Avenue in Inwood.

The shooting unfolded during the undercover sting conducted by a longstanding joint task force comprised of the NYPD, federal authorities, state police and others.

Cops were either meeting with or doing a surreptitious drug buy from the two dealers, a 34-year-old man and a 22-year-old, who are believed to operate out of a first-floor apartment in the building, sources said.

It was the second time the undercover officers had made “buys” from the two dealers, who a source described as “major players” in the midlevel drug trade in the city.

But this time something went wrong, and one of the suspects pulled out a gun and opened fire.

The officers returned fire, killing the 34-year-old and sending terrified residents fleeing inside their apartments.

“My mom was here. She was in the hallway, on the second floor, she said she heard commotion, then she heard shots, one after another, like firecrackers,” said one resident who did not want to be identified. “She bum-rushed everybody inside the apartment, closed the door, screamed for everybody to get down. My grandmother fell on the floor. She started calling all the neighbors. One of our neighbors was about to come in when the shooting started.”

The strike force recovered two guns and cocaine, said one source. Another source noted two kilos of white powder had been found and was being tested to determine if it was cocaine or fentanyl.

There have been a string of recent fentanyl busts in the city. Last week, authorities nabbed a Washington Heights man with about 20,000 rainbow-colored fentanyl pills. And just days earlier in the Bronx, investigators found a $7 million stash of the drug, along with heroin, hidden in a secret compartment in a coffee table.

The dealers had taken up residence outside the building when the pandemic began, the resident told The Post.

“It was a No. 1 issue in the building, the guys selling drugs outside. They’re there day in and day out. When I take my son to school at 5,6 in the morning they’re there,” the resident said. 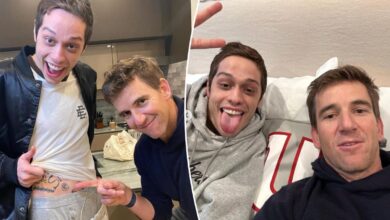 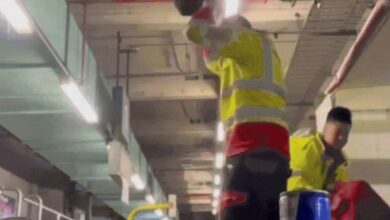 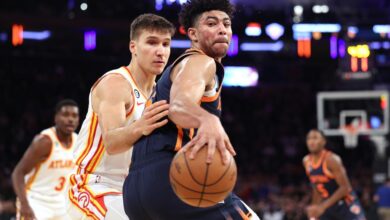 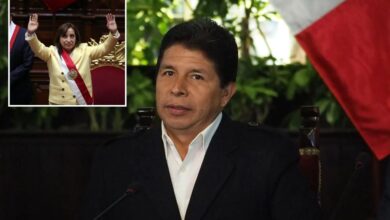