An inside look at Sunday’s Giants-Lions matchup at MetLife Stadium.

Talk about a high-level battle. Ragnow is the fourth highest-rated center in the NFL by Pro Football Focus with a grade of 76.8. Lawrence is the No. 2-rated interior defensive lineman, with a grade of 91.1. Only Chris Jones of the Chiefs is higher, and Lawrence grades out slightly ahead of Quinnen Williams and the one and only Aaron Donald. A move to nose tackle, lining up directly across from the center, has triggered a surge for Lawrence, who already has five sacks and 16 quarterback hits, both career highs only nine games into the season. Ragnow is listed as questionable with a foot injury, but is expected to play.

Preventing big plays will be the key here — easier said than done against the Lions’ versatile attack. It is difficult to envision the Giants getting a whole lot done in the passing game, leading to what could be an overreliance on Saquon Barkley. Jared Goff is tough to sack and he can sling it. At some point, Daniel Jones is going to have to do the same.

Rookie watch: Aidan Hutchinson went No. 2 overall to the Lions in the2022 draft and it appears he might have been under-drafted. How is he not a more feared defender than Travon Walker, who went No. 1 to the Jaguars? Hutchinson has 28 total tackles, 5.5 sacks, 10 quarterback hits, four tackles for loss and one interception, production which dwarfs that of Kayvon Thibodeaux, taken No. 5 by the Giants. In two fewer games, Thibodeaux has 18 tackles, one sack, three quarterback hits, no tackles for loss, one forced fumble and one fumble recovery. Perhaps seeing another young edge rusher across the field will spark a big play or two out of Thibodeaux, who has been far more solid than spectacular in Year 1.

Big-play discrepancy: Everyone with a casual interest in the Giants understands what they are and, conversely, what they are not. What they are not is anything close to resembling an explosive passing attack. They have only 12 pass plays of 20 or more yards, which ranks dead-last in the NFL. The Lions? Glad you asked. They are No. 3 in the league with 36 explosive pass plays, behind only the Chiefs and Dolphins. Nine Lions players have a reception of 23 or more yards this season. The Giants have six players with a catch of 20 or more yards. Factoring in the ground game, the Lions have three players with a run of 50 or more yards. The Giants have one: Saquon Barkley. The long-distance edge goes to the Lions.

Hit man: Daniel Jones missed the last six games of the 2021 season with a neck injury, yet there has not been a hint of any issues with that this season. He has been a rock at quarterback, and even after he was forced out of the Week 4 victory over the Bears with a sprained ankle, he was right back at it the next game. Jones took a hit in the fourth quarter last week because he did not slide on an 11-yard run on third-and-10. “Yeah, he got the first down,’’ head coach Brian Daboll said. “I trust he’s going to take care of himself, but then there’s an element of competitiveness and making sure we get the first down, too.’’ Jones understands his value to the team. “I think if it wasn’t third down, maybe I would’ve gotten down a little quicker,’’ he said.

Look ahead: A second-straight home game for the Giants before an impending NFC East clash four days later — at the Cowboys on Thanksgiving, the first of four consecutive division games — makes this a dangerous spot. Daboll has been masterful keeping his team focused. This is quite a challenge. “We know that this next stretch for us, we’ve played one division game,’’ safety Julian Love said. “We have these next five coming up soon. We can’t overlook the Lions by any means, but of course, that’s in the back of your head that you know you need to play your best football going forward.’’

Joe Biden will pardon this year's turkey under clear skies 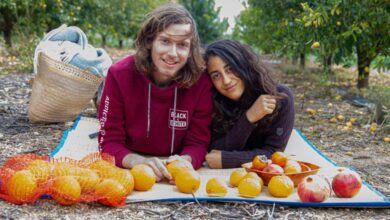 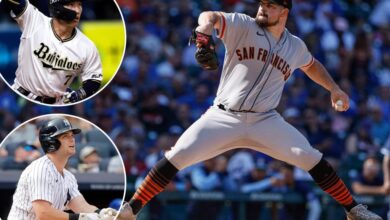 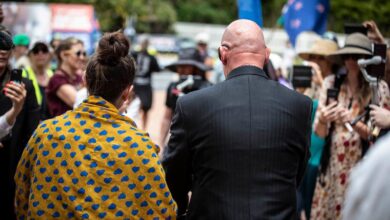 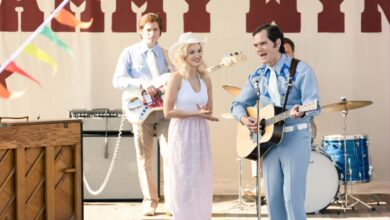 Where to Watch ‘George & Tammy’