SAN JOSE, Calif. — The last time Artemi Panarin went eight straight games without a goal was his first season with the Rangers, in 2019-20. The Rangers went 3-4-1 in that stretch, which occurred just before the coronavirus pandemic suspended the season.

Such a scoring drought hasn’t happened many times over Panarin’s eight seasons in the NHL, which is a testament to his knack for consistently putting up points. Even during that goalless stretch nearly three years ago, Panarin had 10 assists and only had one game without a point.

Entering the Rangers’ matchup with the Sharks on Saturday night, however, Panarin hadn’t scored since Oct. 30 at Arizona. More to that, he had gone the previous three contests without a single shot at five-on-five. Plus, four of his six assists over his span without a goal came on the power play.

The Rangers, who had lost five of their previous eight games, had been in a rut at five-on-five, but Panarin is the kind of player who could get things going for them.

“I probably have to be closer to the net, that’s a problem,” Panarin told The Post after the Rangers skated Saturday morning at SAP Center. “Taking shots from the blue line, but with my shots, probably not a good chance to score. And that’s why I’m not shooting. If I get closer, which I try to do sometimes. I don’t know, maybe it’s still my bad. I’ve tried to play like [how] I usually play, I don’t know if I have to change something. Maybe a couple steps closer to the net. I want to shoot more and score more.

“But I feel right now like I don’t have [many] chances for I don’t know why, but probably [because] I have to be closer to the net and chances [will come].”

Read the expert take on the Blueshirts

Sign up for Larry Brooks’ Inside the Rangers, a weekly Sports+ exclusive.

The 31-year-old Russian is clearly still adjusting to having a new center next to him, Vincent Trocheck, who assumed the job that had been occupied by Ryan Strome essentially since Panarin became a Ranger. There also hasn’t been much of an opportunity to establish any continuity as a line since the Rangers have had several right wings plugged in throughout the season amid injuries and personnel decisions.

In 215:01 of five-on-five ice time together before Saturday, Panarin and Trocheck had been on the ice for eight Rangers goals and 12 goals against, according to Natural Stat Trick.

“I think we’re still trying to find our game, especially five-on-five,” Panarin said of his chemistry with Trocheck. “We’re not scoring enough five-on-five. That’s what I worry about. But again, if you’re not worried about hockey, you probably won’t find a way. We’re trying to find ways, that’s why I was watching [film] and all that stuff. Try to figure out what we can do better. I hope it’s just in time for us. We’ll find it someday.”

Panarin, in no way alluding to what the Rangers should or shouldn’t do at the trade deadline, said his chemistry with Blackhawks wing Patrick Kane was immediate when they were teammates in Chicago. No practices were even necessary for those two to find a connection. It has been different for every player Panarin has played with in his career, he said.

Before the start of this season, Panarin admitted he lost some confidence during the Rangers’ run to the Eastern Conference Final last season, but he wouldn’t attribute his recent play to that. Opponents have been pushing the Rangers to the outside lately, which is something that evidently can throw Panarin off his game.

“We have to go to the net for sure,” Panarin said. “Sometimes I’m watching shifts and I don’t know [what] to change. Maybe a few steps closer to the net. I was watching [Friday] our game against Seattle and I usually stay wide, so maybe a few times I missed that puck because I’m not that close. … You have to feel it probably because sometimes you can shoot 100 shots and score one because it’s not dangerous shots.

“For sure, one guy has to be going to the net and then we starting shooting pucks. Maybe I’ll go to the net [Saturday night].” 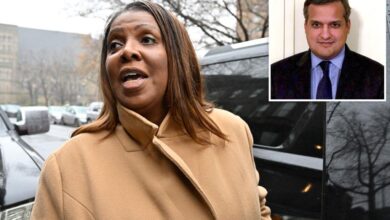 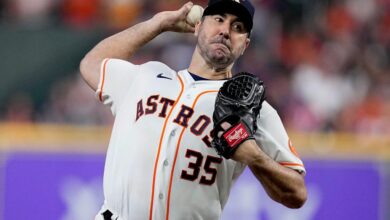 Justin Verlander’s age is not a Mets worry 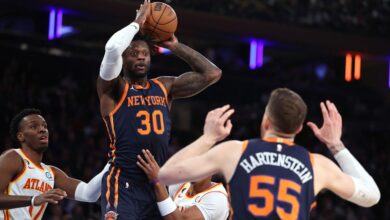 Knicks’ tweaks pay off in stingy win over Hawks 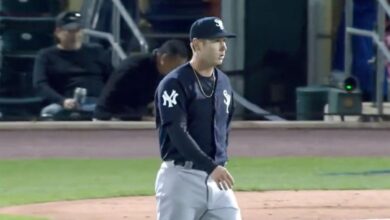