Imprisoned Russian dissident Alexei Navalny has been transferred into a solitary prison cell, according to tweets from himself and his staff, in what he described as a move designed to “shut me up.”


Navalny, a prominent critic of Russian President Vladimir Putin, explained what happened in a Thursday Twitter thread: “Congratulations, I’ve moved up one more level in the hierarchy of prison offenders,” Navalny wrote with irony, adding that prison officials moved him to a cramped “cell-type room.”


Cell-type rooms are used as punishment or to separate the most dangerous offenders in the Russian penitentiary system. Inmates in Russian penal colonies are more typically housed in barracks instead of cells according to a report by Poland-based think tank the Centre for Eastern Studies (OSW).


In his isolation, Navalny said that he is allowed just two books and can use prison commissary, “albeit with a very limited budget.”


But the “real indescribable bestiality, very characteristic of the Kremlin, which manually controls my entire incarceration,” is the blocking of visits, he said. His parents, children and wife were due to visit, but he will no longer get to see them, Navalny wrote.


“Alexei Navalny was transferred to a cell-type room. It’s like a punishment cell, only not for 15 days, but forever,” wrote his spokesperson Kira Yarmysh on Twitter.


According to the Russian penal code, detention in a cell-type room cannot exceed six months. CNN has reached out to Russian penitentiary services for comment.


Navalny was poisoned with a nerve agent in 2020, an attack several western officials and Navalny himself openly blamed on the Kremlin. Russia has denied any involvement.


After a five-month stay in Germany recovering from the Novichok poisoning, Navalny last year returned to Moscow, where he was immediately arrested for violating probation terms imposed from a 2014 case.


Earlier this year, Navalny was sentenced to nine years in prison on fraud charges he said were politically motivated.


While Judge Margarita Kotova read out the accusations against him, footage showed Navalny as a gaunt figure standing beside his lawyers in a room filled with security officials. He appeared unmoved by the proceedings, looking through some court documents on a table in front of him.


Navalny was then transferred in June from a penal colony where he was serving his term to a higher security prison facility in Melekhovo in the Vladimir Region.


“They’re doing it to shut me up,” Navalny said in Thursday’s Twitter thread about his new prison conditions. “So what’s my first duty? That’s right, to not be afraid and not shut up,” he writes, urging others to do the same.


“At every opportunity, campaign against the war, Putin and United Russia. Hugs to you all.” 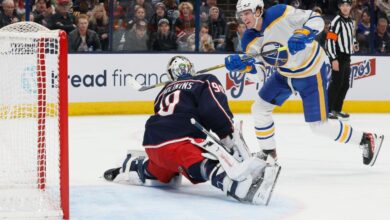 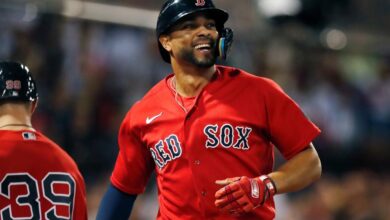 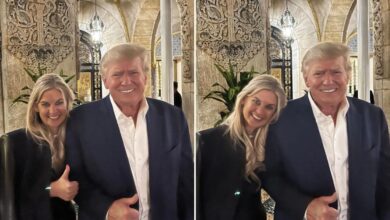 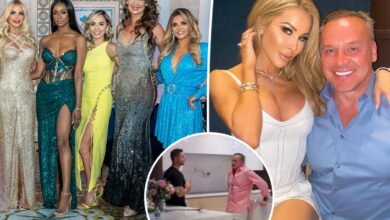