A sexual predator with a string of convictions pleaded guilty on Friday to killing a woman as she walked home in London —one in a string of attacks that heightened fears about women’s safety on the city’s streets.

Jordan McSweeney, 29, admitted sexually assaulting and murdering 35-year-old Zara Aleena, who was attacked after a night out in June and left for dead in a driveway.

Prosecutors said McSweeney has a long criminal record, with 28 convictions for 69 offenses including criminal damage, burglary and assault. He was released from prison just days before he attacked Aleena, a law graduate who was training to become a lawyer.

The killing followed several other cases in which women were killed by strangers, including Sarah Everard – murdered by a serving police officer in 2020 — and Sabina Nessa, attacked as she walked in a park the following year. The deaths prompted protests calling for more protection for women and girls.

A man pleaded guilty to murdering a 35-year-old woman while she was walking home from in London. Jordan McSweeney had just gotten out of prison four days before the murder. Pictured: A general view across the Thames river of Canary Wharf on an overcast day from Greenwich, on Oct. 23, 2022, in London, England.
(John Keeble/Getty Images)

Senior Crown Prosecutor Olcay Sapanoglu welcomed the guilty pleas for the “horrific attack on a woman walking home after a night out with a friend.”

“Zara’s family will never recover from the senseless loss of their daughter, but I hope that these guilty pleas bring them some comfort,” Sapanoglu said.

Dad trashed as 'racist, Trump-loving' at own funeral identified as billionaire CEO 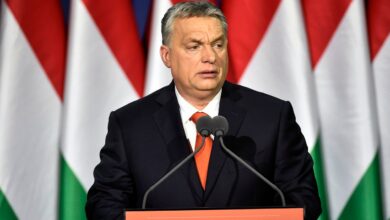 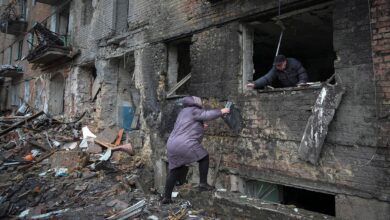 Ukraine’s strategy to combat Putin’s winter offensive: ‘We need to win this war as soon as possible’ 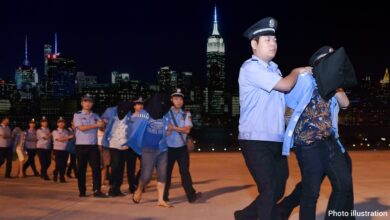