Slumerland (now on Netflix) adapts an oldfangled newspaper comic to the newfangled medium of CGI-addled direct-to-streaming action-adventure movies. Well, “adapts” is a pretty loose term – three-time Hunger Games director Francis Lawrence uses the core conceit of Winsor McKay’s early-20th-century pen-and-ink adventure series as a springboard for a (sigh?) rumination on a little girl’s grief. Lawrence casts Marlow Barkley (TV’s Single Parents) as a female Nemo who loses herself in sprawling dreamworlds in order to avoid the harsh reality of her father’s death. Jason Momoa also stars as her partner-in-adventure, and you’ll be thankful for his goofball presence in a movie that awkwardly balances glum emotions with heavily digitally engineered action sequences.

SLUMBERLAND: STREAM IT OR SKIP IT?

The Gist: Nemo lives in a lighthouse with her father the keeper, Peter (Kyle Chandler). Her mother, who married the lighthouse keeper, died when Nemo was a child, so she and dad have to keep each other company. Peter tells Nemo bedtime stories about his surely fictional wild outlaw exploits with his buddy Flip, and as he speaks, CGI manifests about him in a cloudy tentacular swarm. One night he heads out into a storm to help rescue fishermen, and Nemo never sees him again. Orphaned at 11. And now stuck in the big city with her estranged uncle Philip (Chris O’Dowd), who’s way, way, waaaayyyyy into doorknobs. No, really. He owns a company that sells them. AND latches and drawer-pulls. There’s a whole gleaming display of them in his sanitary pristine apartment that looks like nobody lives there, which isn’t much of an exaggeration when you think about it.

We can psychoanalyze Uncle Phil later – and yes, the movie does get into the sad-sackness of it all – we just know Nemo’s in dire straits. Her heart’s broken and back at the lighthouse, and on her first night, Phil types into Google, “how to raise a child.” On top of that, she has to go to school, where a smiling counselor (India de Beaufort) wants both of them to talk about their feelings, and who the hell wants to do that? Nemo would much rather skip all that and go to sleep, yay, where she gets to be a viking! Well, not quite – she finds herself in a highly lucid surreal fantasy world where her stuffie pig, Pig, is alive and snorting, and her dad’s old cohort Flip (Momoa) is also alive and snorting, ramming around willy-nilly and gently criticizing her for not coming up with a more creative name for Pig.

Now, about Flip: He’s a gregarious sort, about 11 feet tall with ram’s horns, pointy teeth, furry feet, striped pants and a gusto that tells us he doesn’t give a good god damn about doorknobs. He’s just what Nemo needs. And she’s just what he needs too, since he claims her pops had a map that’d allow him to hop from dream to dream to dream kinda like Morpheus, the Oneiomancer, the Sandman himself, and it’s too bad this isn’t a crossover into another, better Netflix property (one that was also based on comics influenced by McKay’s work, so the parallel holds up, promise). Flip wants a map that Nemo’s dad had and she finds it and bargains it for Flip’s help to find her dad in the dreamworld. She just wants to see the guy again. Problem is, their dream-hopping escapades draw the attention of a dream cop (Weruche Opia) who’d like to see serial troublemaker Flip tossed in the clink. That, and the cloudy tentacular CGI swarm keeps turning up to scare everyone like some type of, I dunno, manifestation of a metaphor. Maybe Freud should get a story credit here.

What Movies Will It Remind You Of?: Inception comparisons are unavoidable, so cross that with a technically impressive but otherwise fair-to-middling family-friendly adventure that you know you watched but barely remember – like, say, The BFG or Zathura or something – and you’re in the Slumberland ballpark.

Performance Worth Watching: Funny how Barkley eschews precociousness for authenticity, and Momoa is a vibrant clown, and O’Dowd hits his earnest notes perfectly and stays a shade or two away from full-out John C. Reilly doofusdom, and even de Beaufort makes the most of her two scenes as the film’s most reasonable character, and none of this thoughtful actorly work congeals into a memorable narrative.

Memorable Dialogue: “I’m a little doorknobbed out.” – Nemo speaks literally for herself and metaphorically for those of us watching this movie

Sex and Skin: None.

Our Take: Lawrence does some interesting work here – there’s a scene in which Nemo and Flip follow nonsense inter-dream logic and escape a high-speed car chase through the glove box in a little boy’s dream and emerge sopping wet from a toilet tank in a fancy men’s room in the dream of an unsuspecting gent who primps in the mirror. Should we read into the psychoanalytical rendering of the movie’s varied subconsciousnesses, or chalk it up as flashy, expensive filmmaking for its own sake? Questing for deeper meaning in this landscape of the imaginative mind – like we found and discovered in a more thoroughly considered film like Inside Out – seems like a fool’s errand.

Slumberland is sometimes impressive in its visual ambition and set design, but it feels cynical and directionless, like, hey, it’s a kid’s movie, so why can’t we get away with taking some of that sweet, sweet Netflix cash, throwing together a bunch of stuff and not really caring if it’s particularly engaging or coherent? The movie has its moments – O’Dowd delivering the line, “Try fitting a metric doorknob on a standard escutcheon – you’d need a Christmas miracle”; or Momoa’s impish, puckish, punkishness, a common thread of loose-nut entertainment; or the throughline of Uncle Phil’s well-meaning, but ham-handed attempts to connect with his niece; or Pig, who’s cute and funny and cute. There is some thematic fodder here, addressing a child’s grief and emotional isolation, and Nemo’s all-too-realistic attempts to escape harsh realities by sleeping her life away. But it goes on far too long (two hours!) and wears us out, and all of its too-muchness never really comes together.

Our Call: SKIP IT. Slumberland isn’t a snooze, nor is it without admirable qualities. But it spends too much time indulging borderline-pointless visual spectacle, and is ultimately a technical exercise that doesn’t do necessary diligence for its characters and their emotions.

Red-wave Florida is the future if we don't change course 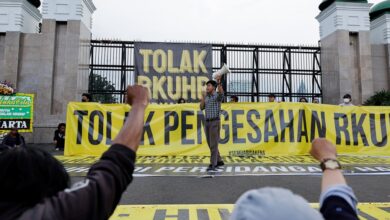 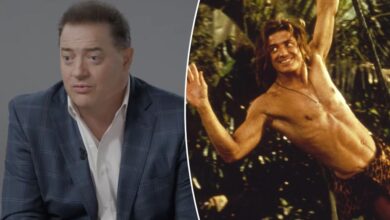 Brendan Fraser starved himself filming ‘George of the Jungle’: ‘My brain was misfiring’ 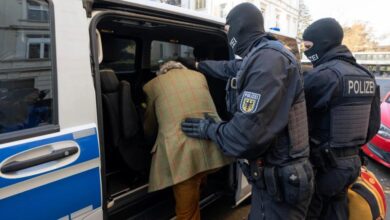 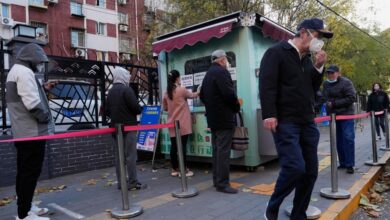