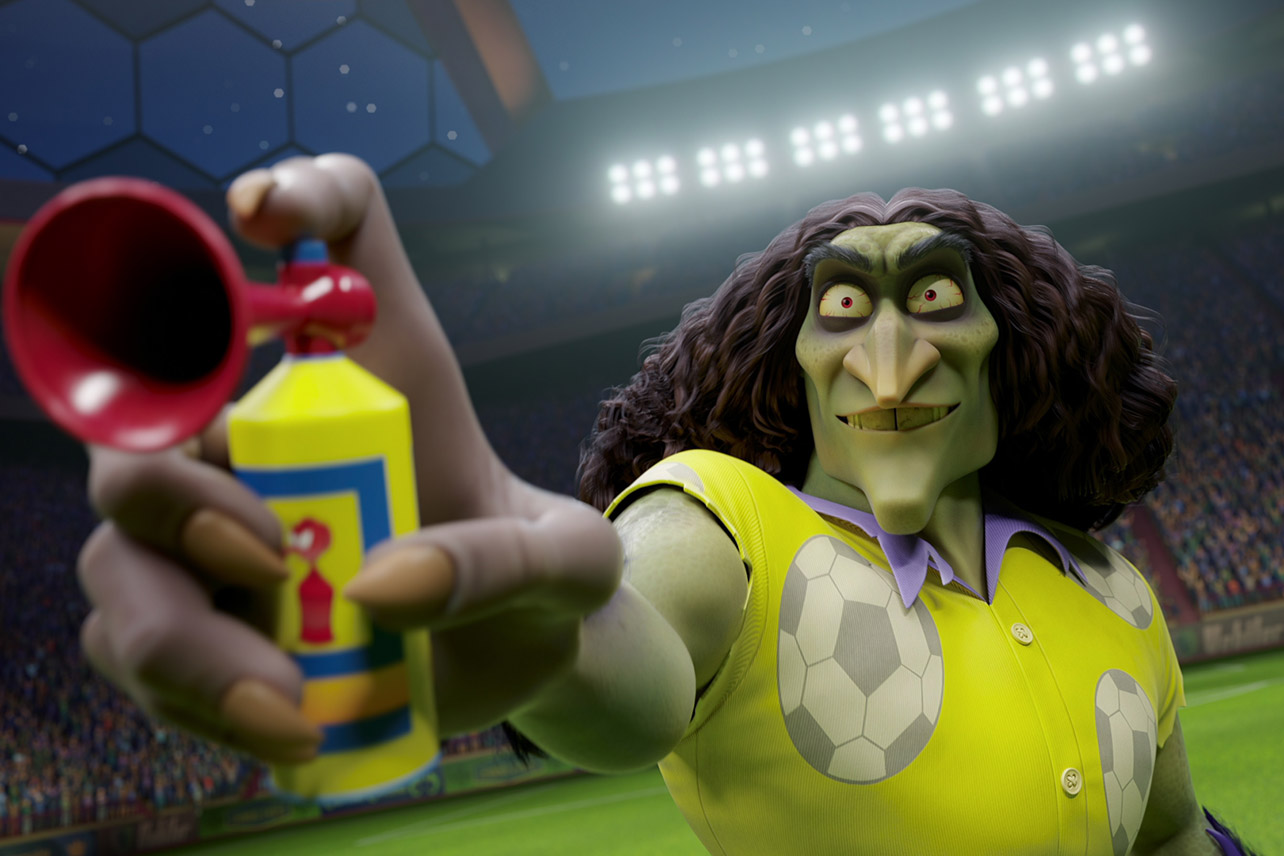 Just in time for the 2022 World Cup, it’s The Soccer Football Movie on Netflix. This feature-length animated film stars some of soccer’s biggest stars, including Zlatan Imbrahimovic and Megan Rapinoe in a kid-friendly caper. Once a mad scientist steals the powers of the world’s greatest soccer players, a ragtag team of kids have to help them get them back..

The Gist: A young band of avid soccer fans is desperate to meet their heroes–Zlatan Ibrahimovic and Megan Rapinoe among them–and find themselves in the wrong place at the wrong time, just as a mad scientist mutates them and steals their soccer skills. Ibrahimovic and Rapinoe provide the voices for their own characters, with “Weird” Al Yankovic playing the villain and a slate of charming kid actors playing the kids.

What Movies Will It Remind You Of?: It’s a present-day version of Space Jam, with soccer players subbing in for Michael Jordan (or LeBron James) and a mad scientist stepping in for space aliens. Otherwise, it’s a similar format and every bit as silly.

Performance Worth Watching: The real star of the show here is “Weird” Al Yankovic, who’s a pro at making the most of a silly situation, and chews the (animated) scenery as the villain in this story. It’s not his best on-screen performance this month–for that, check out his biopic Weird on the Roku Channel–but he’s still a welcome presence.

Memorable Dialogue: “A gift! What is it? I hope it’s jetpack!”, Zlatan cheerfully notes, before opening a box that contains a mutant slug that’ll steal his powers. “Ahh, what’s happening? This is a new uniform!” he cries, as his powers drain away.

Our Take: I understand why The Soccer Football Movie was made.

With soccer’s popularity ascendant in the United States and a World Cup mere days away, a Space Jam-but-it’s-soccer animated film probably felt like a slam-dunk. (Or whatever the soccer equivalent of that is. A penalty kick? I digress.) It’s a chance to entertain young soccer fans and get them geared up for the World Cup with a mad-scientist-on-the-loose caper story that casts the kids as the saviors of their heroes.

And, The Soccer Football Movie hits a lot of the familiar kids’ movie buttons, from sassy catchphrases to goofy adults playing against type, to rampaging monsters and kids saving the day.

Despite all that, the movie falls a bit flat in its efforts. It’s very young–with a humor and tone likely to appeal only to kids 10 and under–but relies heavily on the familiarity of players and celebrities who many kids that age aren’t likely to be deeply familiar with. It’s aggressively goofy, trying to cram as many silly catchphrases as possible into its 73-minute runtime, and doesn’t waste any time on character development or pacing.

Watching The Soccer Football Movie is a bit like watching Space Jam without the benefit of childhood nostalgia–it’s just a convoluted kids’ movie that uses sports as a jumping-off point and quickly forgets it in service of silly action sequences; it’s not likely to turn anyone into a soccer fan, but doesn’t really succeed as a standalone kids’ either.

It’s nice to see a star like Rapinoe get a chance to perform in a movie, and Weird Al’s presence is always a welcome one, but Ibrahimovic’s performance is so comically over-the-top as to quickly become grating.

Our Call: SKIP IT. Younger viewers might find it mildly enjoyable, but in attempting to combine real-life sports figures and children’s movies, The Soccer Football Movie doesn’t really do justice to either.

Scott Hines is an architect, blogger and proficient internet user based in Louisville, Kentucky who publishes the widely-beloved Action Cookbook Newsletter.

What Nets can do with Ben Simmons if he plays better