Prime Minister Justin Trudeau began a brief visit to Africa on Saturday as part of what his foreign affairs minister described as a fight for power on the continent between democratic and authoritarian states.


“The reality is there is a battle of influence that is happening around the world, and one of the battlefields is definitely Africa,” Melanie Joly told reporters in Tunisia.


“It is important for us to show up, and be able to engage while China and Russia are definitely trying to exert their influence.”


Joly’s remarks came halfway through the weekend summit of the International Organization of the Francophonie, where leaders of French-speaking countries are taking stock of a turbulent era in geopolitics.


On the agenda is chaos in Haiti, soaring food prices, citizen mistrust of governments, and anxiety over the language’s role in the digital age.


Like the Commonwealth, the Francophonie meets to touch base on everything from human rights to cultural exchanges to the international role of French.


This weekend’s summit follows cancellations in 2020 and 2021 due to the COVID-19 pandemic.


It comes as Russia’s invasion of Ukraine sends food prices soaring across Africa, which makes up an increasing percentage of the French-speaking world.


The issue is particularly of concern in North Africa, where the cost of bread was among the grievances that exploded into the Arab Spring protests from 2010 to 2012.


The Arab Spring protests started in Tunisia, leading to the overthrow of then-president Zine El Abidine Ben Ali and the establishment of democratic elections.


But the country hosting this weekend’s summit has been backsliding, with Tunisian President Kais Saied suspending Parliament in 2021, concentrating power and attacking key institutions.


Ottawa wanted the Francophonie summit to be postponed over those concerns, while the Quebec government pondered a boycott before deciding it was better to use the summit to form deeper ties with African nations.


Saied was evasive about his role in making countries uncomfortable with attending.


“As everyone knows, there was a question — in difficult moments, for multiple reasons — to hold this summit at a distance through video conference, even, for some, to cancel it and hold it elsewhere,” said Saied, speaking in French, during his opening address Saturday.


“But our unshakable will, with the support of our friends, ended up bringing us here.”


Before the summit, Trudeau pledged he would raise his concern about “democratic backsliding” in Tunisia and elsewhere in speaking with leaders.


Joly said she intentionally reached out to advocacy groups to hear their concerns and brought them up to her Tunisian counterparts.


“My job is to amplify the voices of civil society,” she said.


“I underlined our worries about democracy, and also its links with women’s rights,” Joly added in French.


Trudeau held bilateral talks on Saturday with leaders from Armenia and Switzerland, and is scheduled Sunday to have just one formal conversation with the leader of an African state, Niger.


Joly said she had spoken with colleagues from Senegal, Tunisia and Morocco during the summit, adding Trudeau had informal chats with leaders from Benin and Gabon.


Separate sessions at the summit will focus on improving French-language schooling, particularly in African countries that lack stability.


Joly said Trudeau will also hold a Sunday roundtable on the ongoing turmoil in Haiti with representatives of that country and other Francophonie members.


Haiti is reeling from the impact of brazen gangs who have suffocated the supply of fuel and essential goods in the country.


The Caribbean country’s government has requested a foreign military intervention to restore order, but the idea is controversial among Haitians. No country has expressed a willingness to lead such an intervention, though Canada was name-dropped by the United States government as a possible candidate.


Joly announced fresh sanctions on Saturday against three current and former Haitian parliamentarians, who she accused of empowering criminal gangs “through money laundering and other acts of corruption.”


Trudeau also met Saturday in Tunisia with Quebec Premier Francois Legault, discussing everything from health care funding and immigration control to the vitality of the French language


The summit continues Sunday, and includes a plenary Trudeau will attend on “citizen distrust” and how institutions can regain their credibility.


Beyond geopolitics, the summit has multiple events surrounding the promotion of French in the digital age.


The Francophonie is celebrating its fifth decade this year. It counts 88 regions, including Canada, Quebec and New Brunswick, as full members, with Ontario listed as an observer.


The summit is Trudeau’s fourth and final stop on a 10-day trip that included three major summits in Asia, including the G20 leaders’ meeting. He is to return to Ottawa early Monday.


With files from Caroline Plante 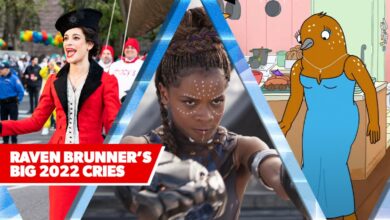 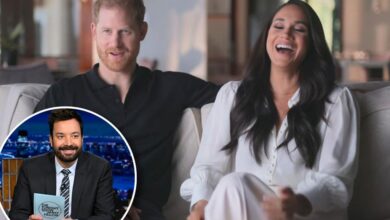 Prince Harry and Meghan Markle to appear on ‘The Tonight Show’ 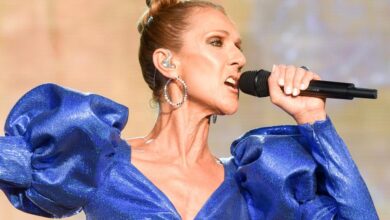 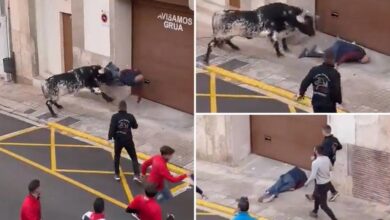