How did Donald Trump’s oldest sons — entrusted to run his company when he became president — react when they learned that a top executive was scheming to dodge taxes on lavish corporate perks?


They gave him a raise, according to testimony Friday at the Trump Organization’s criminal tax fraud trial.


Allen Weisselberg, the company’s longtime chief financial officer, testified that Eric Trump raised his pay US$200,000 after an internal audit spurred by Trump’s 2016 election found that he’d been reducing his salary and bonuses by the cost of the perks.


The raises boosted Weisselberg’s annual pay to US$1.14 million, extra cash he said he used to pay for things Trump and the company previously had: Manhattan apartment rent, Mercedes-Benz cars for him and his wife, his grandchildren’s school tuition, and more.


The company continues to pay Weisselberg US$640,000 in salary and US$500,000 in holiday bonuses and punished him only nominally after his arrest in July 2021, reassigning him to senior adviser and moving his Trump Tower office. He’s now on paid leave.


“Now, even after you pled guilty in this case did the company reduce your salary one penny?” prosecutor Susan Hoffinger asked Weisselberg on his third and final day of testimony.


“Even with your betrayal of their trust?” she asked.


Weisselberg testified that Eric and Donald Trump Jr., both Trump Organization executive vice presidents, knew from the audit that Weisselberg had not reported his apartment as taxable income, as required by law.


Weisselberg told jurors he stopped scheming after the audit and soon asked Eric Trump for a raise, conveying to him that “since the practice was no longer going on I would need some additional income to pay for those expenses.”


Weisselberg said Eric Trump, who handles the company’s day-to-day operations, signed off on his raise and is now in line to approve another US$500,000 holiday bonus — even as Weisselberg prepares to shuffle off to New York City’s infamous Rikers Island jail complex.


Weisselberg, 75, pleaded guilty in August to taking US$1.7 million in off-the-books compensation. His plea agreement requires him to testify for the prosecution in exchange for a five-month jail sentence. Weisselberg, who had been facing up to 15 years in prison, said he previously rejected an offer of one to three years in prison.


Manhattan prosecutors allege that the Trump Organization helped top executives avoid paying taxes on company-paid perks and that it is liable for Weisselberg’s wrongdoing because he was a “high managerial agent” acting on its behalf.


The tax fraud case is the only trial to arise from the Manhattan district attorney’s three-year investigation of Trump and his business practices. If convicted, the company could be fined more than US$1 million and face difficulty making deals.


Weisselberg’s testimony Friday suggests that key Trump Organization executives — members of Trump’s family — condoned his behavior once it was discovered, rather than firing him and alerting authorities. Weisselberg said the scheme benefited the company because it didn’t have to pay him as much in salary.


The company’s lawyers, however, argue that the Trumps are deeply loyal, stressing how Weisselberg was “among the most trusted people they knew” and how they continue to stand by him, even as he acknowledged betraying them. His lawyers are being paid by the company.


Company lawyer Alan Futerfas, questioning Weisselberg on cross-examination, noted that even “in the worst time in your life” Trump has “not kicked you to the curb.” But, the lawyer asked, “you don’t understand that to mean that he approves of what you did, do you?”


Trump, who announced Tuesday he is running again for president in 2024, is not expected to appear at the trial. But he signaled Friday that he has been following along, defending Weisselberg and bashing prosecutors in Truth Social posts.


Trump wrote that the case had “fallen apart” after Weisselberg testified Thursday, that neither Trump nor Trump’s family were involved in his tax avoidance scheme.


“Did a longtime executive pay tax on the use of a company car, or a company apartment, or payments (not even taken by us as a tax deduction!) for the education of his grandchildren. For this he get handcuffs and jail?” Trump wrote, describing the situation as “VERY UNFAIR!”


Trump was elected president in November 2016, bringing new scrutiny to his Trump Organization, a privately held entity through which he and his family manage its golf courses, luxury towers and other investments.


Weisselberg said he and another executive, Jeffrey McConney, decided around then that the company had to end some of its dubious pay practices. They brought in a Washington lawyer who conducted an audit and wrote a memo of her findings.

New York hasn't licensed any pot shops, yet they abound 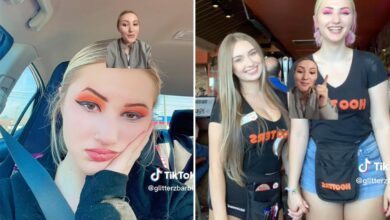 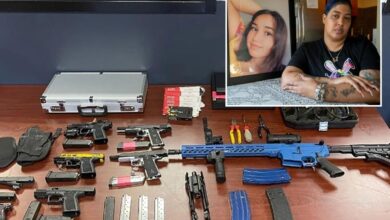 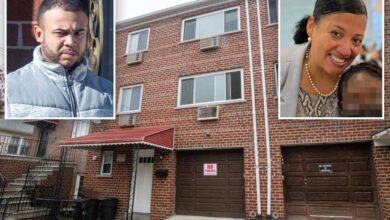 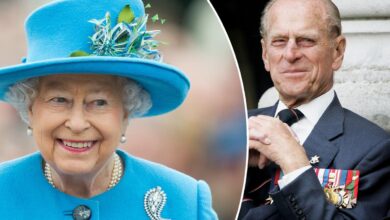