“Smallville” actress Allison Mack first got involved in the infamous cult NXIVM because she thought co-founder Keith Raniere could help her “become a great actress again.”

“I moved to Albany (NXIVM headquarters) to fill that emptiness and find the soul of myself again, if that makes sense, as it had fizzled,” she explained in a 2017 interview with Vanessa Grigoriadis, which was unearthed on Monday in the journalist and Gabriel Sherman’s new podcast, “Infamous: Inside America’s Biggest Scandals.”

“I asked Keith if he would help me become a great actress again because I felt like I was a fraud.”

In 1998, Raniere, 62, and Nancy Salzman, 68, founded NXIVM, a personal development company that offered “Executive Success Programs” and a range of techniques promising self-improvement with an emphasis on bringing “more joy” into people’s lives.

The group made headlines after garnering support from Clare and Sara Bronfman, daughters of the late philanthropist and Seagrams heir, Edgar Bronfman, Sr.

However, the company ran into serious trouble when former members came forward claiming that they had been indoctrinated into a twisted sex-slave cult, where women were branded with Raniere’s initials and forced to have sex with him.

In 2019, Raniere was sentenced to 120 years behind bars, which was just upheld by an appeals court earlier this month.

Two years later, Mack, 40, was sentenced to three years in prison after pleading guilty to charges that she manipulated women into becoming sex slaves for Raniere.

While speaking with Grigoriadis, the actress defiantly claimed her innocence.

Mack alleged that Raniere was “not the head of a harem,” adding, “I’m not recruiting young, nubile women to be his sex slaves … You know, it’s ‘The Crucible,’ it’s the McCarthy trials, it’s just like, throwing accusations and spreading like wildfire.”

The “Honey We Shrunk Ourselves” star told Grigoriadis, 49, that she felt pressured to leave the group by friends who were concerned she was involved in a cult.

“I’m like, ‘Talk to me for a few minutes. Let me tell you what we’re doing,” she shared, adding that her friends would reply, “‘No you’re brainwashed, you’re sick.’”

“I just was like walking with myself and I was going like, ‘Am I crazy? Am I one of these awful people that you read about that does horrible things and thinks that she’s doing things for God?’ I had a lot of conversations with myself like that,” she added.

Despite how the people closest to her felt, Mack decided to stay with NXIVM.

Grigoriadis also spoke to Raniere, who vehemently denied that women had been branded with his initials, comparing it to brandings done by historically black fraternities.

“You look at it compared to the Omega Psi fraternity, we had one of those branches on campus where I went to college,” he noted. “African-American. They brand themselves with an Omega. Michael Jordan has a brand and the Omega. They brand these things to be very visible and they make it till they go puffy. And things like that.

“A group of 10 or 15 women in suburbia, their average age is like 40, getting together and deciding to have a little hip brand. If that were guys, it wouldn’t make news. The fact that it’s women and the fact that it makes news is reinforcing, unfortunately, a negative stereotype of women, I think.”

In September 2021, Salzman was slapped with a three-and-a-half-year prison sentence for her unwavering support of Raniere, as she viciously targeted his critics and enemies.

A judge threw the book at Clare, sentencing her to more than six years behind bars — even though federal sentencing guidelines had called for the heiress to receive up to 27 months in prison.

The heiress pleaded guilty to charges of conspiracy to conceal and harbor an illegal alien for financial gain, fraudulent use of identification and credit card fraud.

Amazing living fossils dating back to dinosaurs found in Arizona 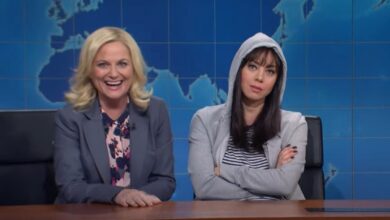 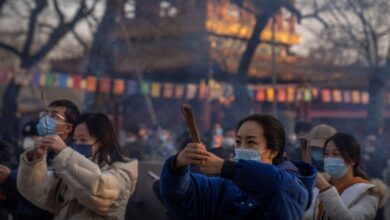 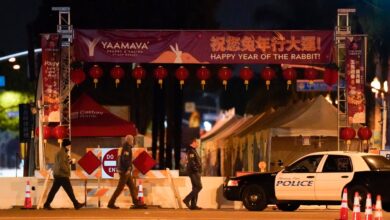 Gunman on the loose after killing 10 near LA 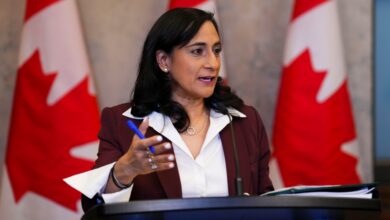