President Biden’s ongoing border crisis has left an Arizona hospital holding the bag for $20 million in unpaid bills racked up by migrants who needed treatment — including expensive surgery and intensive care — during just the past six months.

Dr. Bob Transchel, president and CEO of Yuma Regional Medical Center, said Friday neither the federal nor state governments have been willing to help out his 406-bed, nonprofit facility.

Transchel said that “anybody that walks through our door is gonna get the same level of care as anybody else,” adding that migrants “come in that need dialysis, that need heart surgery, that need cardiac catheterization.”

“We’ve had women come in to our labor delivery unit that have delivered infants that need to be in the neonatal ICU, for sometimes months at time,” he said.

Some migrants require treatment for traumatic injuries sustained while trekking across the border, Transchel said.

“A lot of it, though — interestingly — is really complications of chronic diseases that have been previously uncared for,” he added.

Transchel said over more than a year, the cost treating migrants at Yuma Regional had “basically doubled, and it will continue to increase.”

“We operate on a 2-to-3% margin annually. This year is not looking very good from a financial perspective and really that’s — a lot of that is due to these uncompensated costs,” he said.

Of that number, more than 397,000 were released into the US to seek asylum while nearly 178,000 were expelled under the pandemic-related, public health policy known as Title 42, the sources said.

The US Supreme Court is weighing the future of Title 42 after a federal judge ruled against it last month, and officials have warned that a massive wave of migrants will surge across the border if the policy is struck down.

A decision could come next week.

Meanwhile, disturbing photos showed migrants huddled in sleeping bags and under blankets Friday morning on the sidewalk outside a church in El Paso, Texas, where the temperature overnight plunged to 18 degrees as a historic winter storm froze huge portions of the US ahead of the Christmas weekend.

The Sacred Heart Church runs a shelter that’s been filled to capacity as El Paso grapples with a crisis that led Mayor Oscar Leeser to declare a state of emergency on Saturday and resume sending busloads of migrants to New York City.

But illegal immigrants who haven’t been processed by CBP and given documentation aren’t admitted to the city’s shelters, leading many to risk freezing to death by bedding down in the open.

CBP has issued warnings to migrants in both English and Spanish on its Twitter page about the extremely cold temperatures.

“Do not risk yourself or your loved one’s life trying to cross the Rio Grande or the desert. Stay home or remain in a safe shelter and avoid tragedy,” one message said.

Daily statistics posted online Friday by the city of El Paso showed that 937 migrants had been released into the city, with all of them reportedly sent to shelters and none put onto the streets after the city opened its convention center as a temporary shelter.

However, a photographer for The Post photographed migrants who had slept outside the city’s Sacred Heart Church Thursday night, wrapped in blankets and sleeping bags against the cold.

In addition, the city said CBP logged 1,837 migrant encounters and had 2,374 migrants in custody. 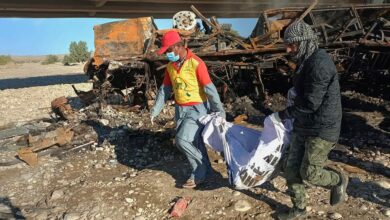 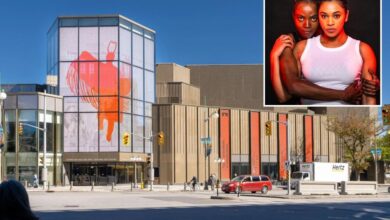 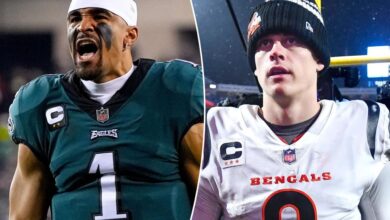