One of the ringleaders in a plot to kidnap Michigan Gov. Gretchen Whitmer was sentenced to more than 19 years behind bars Wednesday — a day after an accomplice was slapped with a 16-year prison term, federal prosecutors said.

Barry Croft Jr., 47, was handed the 19 1/2 year sentence by Michigan federal court judge Robert Jonker four months after his conviction for conspiring to kidnap the Democratic governor from her Elk Rapids vacation cottage in 2020.

Croft — a trucker from Delaware — was the fourth and final defendant in the plot to learn his fate.

The judge described him as “the idea guy” behind the scheme, which was ultimately foiled by an FBI informant in the group.

Prosecutors had sough life sentences for Croft and co-defendant Adam Fox, who were both convicted in August of conspiracy charges.

Croft also was found guilty of conspiracy to use weapons of mass destruction and possession of a makeshift hand grenade for planning to blow up a bridge to help the plotters escape after they captured the governor.

Assistant US Attorney Nils Kessler told the court that Croft was “thoroughly radicalized.”

Fox, 39, was sentenced on Tuesday to 16 years in prison, with the judge describing him as the “driving force urging their recruits to take up arms, kidnap the governor and kill those who stood in their way.”

The conspirators — part of paramilitary group known as the Wolverine Watchmen — were enraged over Whitmer’s statewide COVID-19 restrictions as well as what they saw as threats to legal gun ownership.

Ty Garbin – who cooperated with prosecutors at trial – received a reduced two-and-a-half-year sentence for his involvement in the plot, while Kaleb Franks was sentenced to four years behind bars.

Daniel Harris and Brandon Caserta were also charged in the scheme but were acquitted at trial in April.

Get an edge with this offer 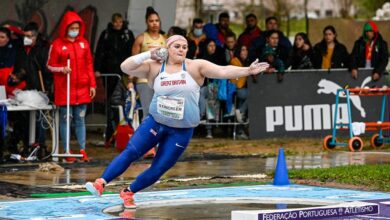 Life after Lisa Marie’s death is a ‘dark journey’

Conor McGregor hit by car while biking: ‘Could’ve been dead’