The ferocious winter storm that gripped most of the US over Christmas weekend has killed at least 60 people, with the death toll expected to grow as hard-hit Buffalo struggles to dig out of more than four feet of snow.

Spanning from the Great Lakes near Canada to the Rio Grande on the Mexican border, the storm resulted in at least 60 deaths as of Tuesday morning, according to an NBC News tally.

The fatalities included 28 people who died in western New York, where forecasters predicted that up to 9 more inches of snow could fall through Tuesday.

Emergency crews in the area have been working feverishly to rescue stranded residents — and officials warned the death toll could rise.

“We can see sort of the light at the end of the tunnel, but this is not the end yet,” Erie County Executive Mark Poloncarz said at a news conference Monday. “We are not there.”

In Buffalo, where 20 people lost their lives amid white-out conditions, bodies were discovered in vehicles and under snow banks.

One of them was 22-year-old Anndel Taylor, a native of Charlotte, North Carolina, who was caught in the blinding storm as she drove home from work, WSOC reported.

The tragic woman, who was stuck in her car for 18 hours, managed to send her family a heartbreaking final video that showed her vehicle covered in snow.

“My heart is with those who lost loved ones this holiday weekend. You are in my and Jill’s prayers,” the president said in a tweet earlier in the say.

Gov. Kathy Hochul, who described the storm as the “blizzard of the century,” stressed that it was too early to let the guard down and urged people to stay home.

The weather also continued to upend air travel plans, with 90% of flights canceled at Buffalo’s airport and Southwest Airlines —  the largest carrier in 23 of the top 25 travel markets in the US — scrapping more than 60% of its 2,510 flights, according to flight tracking website FlightAware.

By late Monday night, more than 3,900 flights within, into, or out of the country were canceled, while almost 8,200 flights were delayed during the deep freeze.

Over the weekend, temps across the US plunged to below freezing in all 48 contiguous states.

Among the storm-related deaths were 10 in Ohio, including an electrocuted utility worker and those killed in several car crashes.

There were also six motorists killed in crashes in Missouri, Kansas, and Kentucky; a Vermont woman struck by a falling branch; a man found frozen in Colorado; and a woman who fell through Wisconsin river ice.

But the greater Buffalo region, on the edge of Lake Erie, was the hardest hit by the weather.

Roads remained littered with vehicles, including ambulances, tow trucks, and even plows, which were buried under the towering mounds of snow.

“I just have to offer my deepest condolences to those who lost a loved one as a result of this horrible situation,” said Poloncarz.

“I never thought I’d face this. I thought the storm that we faced in 2014 would have been the worst in which we had 14 deaths, but this has far surpassed it,” he said Monday.

As of late Monday, driving bans remained in effect for Buffalo, as well as Lackawanna and Cheektowaga, according to the Buffalo News.

“You will still get stuck out there. Many streets in the city of Buffalo are still impassable. We have plows on mains and secondaries. We’re into residential streets now, but the driving conditions are still very difficult,” he said at a press briefing.

The mayor said the city was focusing its efforts on “life safety,” plowing to reach stranded motorists, helping emergency personnel respond to medical calls, and to help the National Grid gain access to power stations, according to the news outlet.

Jackie Bray, the commissioner of the state Division of Homeland Security and Emergency Services, said that as of late Monday there were about 12,500 households in Erie County without power, down from about 23,000 the night before.

In Buffalo, doula Melissa Carrick said the blizzard forced her to coach a pregnant woman through childbirth by phone.

An ambulance transported the woman to a hospital about 45 minutes south of the city because none of the closer hospitals were reachable.

“In any other normal Buffalo storm? I would just go because that’s what you do – just drive through the snow,” Carrick said. “But you knew this was different.”

Melissa Osmon and her husband, James, were without electricity for more than 72 hours in the Buffalo suburb of Williamsville — and sought to keep warm in their car for hours at a time.

“We even watched the Buffalo Bills game on our phone,” Osmon said, speaking by phone from her GMC Acadia. “You can see your breath inside the house, — that’s how cold it is.”

Mark Serreze, director of the National Snow and Ice Data Center at the University of Colorado in Boulder, said the climate change crisis may have contributed to the intensity of the storm because the atmosphere can carry more water vapor, which acts as fuel.

Victor Gensini, a meteorology professor at Northern Illinois University, likened a single weather event to an “at-bat” — and the climate as your “batting average.”

“It’s hard to say, but are the dice a little bit loaded now? Absolutely,” he said. 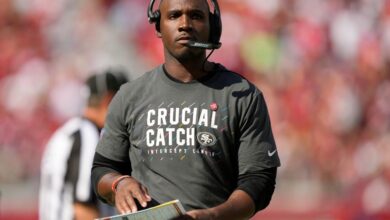 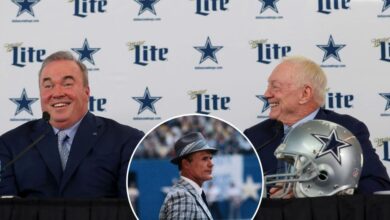 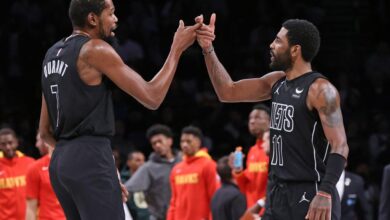 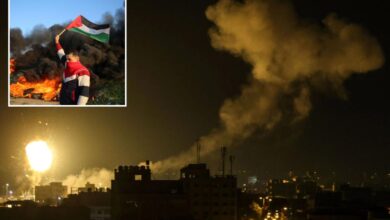