After the dramatic trip to Provence, Emily and crew are back in Paris, and her pesky Gabriel problem just won’t fade. After getting lunch with him while visiting Antoine’s chateau, Emily can’t seem to stay away from Hot Chef.

We open with some deja vu, fittingly, with Mindy getting a text from Nicolas once again. This time, he wants her to bring friends to a movie that night, and who better to invite than Emily, who says she wants to come … and chat business. Womp, womp. Mindy says she should join anyway, and they also invite Gabriel after running into him on the street. He unknowingly dumps some juicy gossip on them when he reveals that Camille is in Greece with Sofia for her exhibition. This poor guy has literally no idea he’s being cheated on.

After he leaves, Emily confesses that she feels guilty that she knows Camille is hooking up with Sofia but she’s not saying anything to Gabriel. Mindy maintains that it’s best not to get involved, but I have a bad feeling that keeping this secret is going to come back to bite Emily.

At work that day, Emily and Sylvie go to Gregory’s atelier. Which, yes, means the return of Jeremy O. Harris, who injects some camp into this episode with his dramatic fashion designer character, who is pitching the Agence Grateau team on his collection for Air France. As he delivers a deranged concept of flight attendants being doms and passengers being subs, he gives out bags with condoms, lube and poppers, much to the delight of Julien.

After showing off models dressed in latex and chokers, everyone tries to soften the blow of Air France very obviously not wanting this kind of look for their employees, but Sylvie has to leave to take a phone call. With her gone, Gregory says he doesn’t care about their feedback and he’s presenting his uniforms as they are.

Outside, Sylvie says Pierre Cadault — who left her agency to join JVMA — was “begging” for help with his store, which he’s unsatisfied with, and wants Sylvie and her team to come by and give him advice. When they arrive, he yanks them into the space and complains that JVMA is screwing with his vision, telling Sylvie, “No one at JVMA cares what I think.” Still, Sylvie cautions him against leaving.

Later that night, Mindy is getting ready to go to the movie with Nicolas and has tried on an outfit that arrived at her apartment addressed to Emily from Gregory. It’s clothes from his Air France collection after the airline turned down his designs, and of course Mindy loves the tiny red beret and corset.

At the screening, everyone is looking very laid back and chill, but Mindy stands out in her skin-tight look, creating quite a foil to Nicolas, who is dressed in the most boring thing ever (a navy suit). While chatting with Nicolas, Emily can’t help herself and brings up Cadault’s store. He’s clearly frustrated, too, and says the designer is “infuriating” and “never satisfied.”

She advises him to be patient, but he’s had enough business talk for the night and excuses himself. Right after he leaves, Mindy pops up beside Emily and tells her they’re at a “notorious hookup spot.” Naturally, she goes to find Nicolas, and Emily to sit side-by-side with Gabriel as they watch the feature film: How to Lose a Guy in 10 Days.

As Matthew McConaughey and Kate Hudson make out on screen, plenty of people in the audience are doing the same, and one of Nicolas’ friends starts flirting with Gabriel, but is soon shushed by Emily. She laughs it off and keeps talking, asking Gabriel and Emily how long they’ve been together. She’s not getting the hint when they say they’re both in relationships, and they make an excuse to leave.

But now we’re getting meta: Emily says How to Lose a Guy in 10 Days is “so cliche” because the leads get together in the end, and Gabriel says audiences like watching two people trying to fight their attraction to one another (considering Emily and Gabriel have zero chemistry, I find this hard to buy).

Away from the movie, Emily and Gabriel wander into some brightly lit exhibit with a ball pit, hold hands and jump in. It’s all very Instagramable and rom-com-within-a-rom-com, right down to the dreamy techno music playing over a montage of them posing for photos with one another. But they never get touchier than hand-holding — yet, anyway.

While they’re having fun, Mindy is wrapping up her night with Nicolas and he asks her to get a drink before they both confess they can’t tell if the other likes them. He tells her, “every man there was checking you out,” and she replies, “yeah, except for you,” which is brutal, but they finally kiss and we see that yeah, he was into her this whole time. They can’t get much further though, because they keep getting interrupted by phone calls to Nicolas from Pierre Cadault, so they part ways for the night with the promise to see each other again. Throughout all of this, there is not one mention of Benoit. RIP!

Emily and Gabriel are also ending their night and walking back up the stairs of their apartment building, where he confesses his issues with Camille, who is not being very communicative. In just the moment where something could happen between Gabriel and Emily, he closes his door and says goodnight, and she’s clearly disappointed. But hello, what about Alfie? He also hasn’t been mentioned, but apparently — and conveniently — he’s in London for the weekend.

The next day, Emily gets a call from Nicolas, who wants her agency’s help with Cadault. She’s thrilled and so is Sylvie, who plans a lunch with him to discuss, but the plan quickly sours when Nicolas says they’ll be working with Cadault’s brand and pushing the designer out, pulling Gregory (his nemesis) in to run the show. Poor Emily, who has invited Cadault to lunch to celebrate, has to handle all of this, which will be terrible for her.

Cadault arrives at the worst moment, just as Nicolas drops the bomb that JVMA is cutting him out. As he’s crossing the street to join them all at the table, he gets hit by a car and we don’t see what comes next, but it seems Emily’s problem might have solved itself…

Juan Guaidó, the Face of Opposition in Venezuela, May Be Voted Out 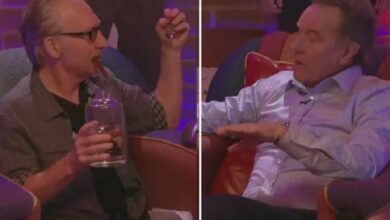 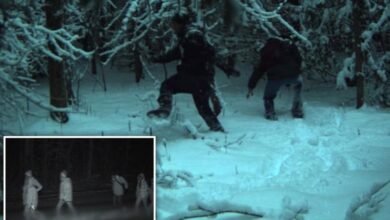 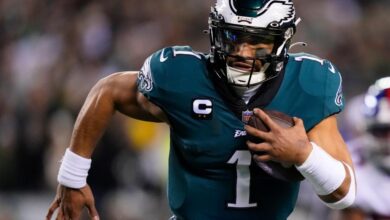 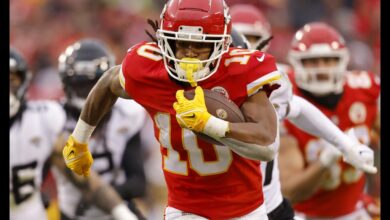