The top official in Erie County, New York said Wednesday he wouldn’t have “changed anything” about the driving ban critics say was implemented far too late, resulting in some deaths.

“As I said earlier today in response to whether the driving ban should have been instituted earlier, I do not know if it would have changed anything but it was my decision and I bear full responsibility,” Erie County Executive Mark Poloncarz tweeted.

“As JFK said, ‘victory has a hundred fathers, but defeat is an orphan.”

Poloncarz has been taking heat for waiting until just before 9 a.m. Friday to shut down roads in Buffalo and the rest of the county beginning at 9:30 a.m., giving locals — many of whom were already at work — just 41 minutes’ notice to get home.

The brunt of the storm began pounding the area including Buffalo between 11:30 a.m. and noon, officials said.

The massive storm has killed some 59 people — including at least 34 in Erie County — and buried hundreds of motorists in their cars, in some cases with fatal results.

Nurse Anndel Taylor was among those who died while trapped in their cars — and her family told The Post Tuesday night that the travel ban should’ve been put in place much earlier.

Locals on Twitter also ripped into Poloncarz’s handling of the once-in-a-lifetime storm.

“Yes, it would have changed a lot,” one angry local, Julie Momot, tweeted Wednesday in response to Poloncarz’s lukewarm mea culpa.

“My fiance was demanded to work at 7 am,” Momot wrote. “Only to get there and sent home at 930am in treacherous conditions. Unacceptable employer made him come in. Equally, not having the ban in place by 6 am.”

Poloncarz on Tuesday called in 100 National Guard troops to help enforce the ban and keep rogue drivers off the streets.

He also pointed the finger at Buffalo Mayor Byron Brown for the failed response to the epic storm in the county’s largest city, calling the reaction there “embarrassing.”

The exec announced Wednesday that Erie County had taken over snow removal operations in much of the city, which will keep the driving ban in place until 9 a.m. Thursday.

“The city, unfortunately, is always the last one to open,” he said, according to the Buffalo News. “It’s embarrassing, to tell you the truth.

“I don’t want to see this anymore — I’m sick of it,” he said. “I’m a city resident myself. It pains me to see the other 25 towns and two small cities open at times when the city isn’t.

“I know the mayor’s not thrilled to hear it, but I don’t care anymore,” Poloncarz snapped. “I want it done.”

Brown fired back at Poloncarz, saying, “I don’t lose my mind during a crisis.

“Some people handle that pressure a lot differently,” the mayor told the Buffalo News. “Some keep working, some keep trying to helping the residents of our community, and some break down and lash out.

Meanwhile, officials continue to grapple with the deadly storm, with National Guard troops going door-to-door in areas where power was lost to check on stranded residents. 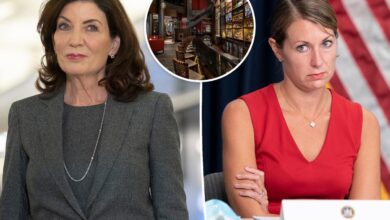 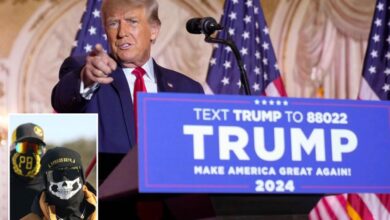 Donald Trump in New Hampshire in first campaign stop for 2024 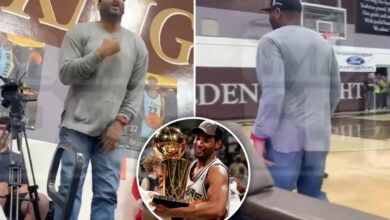 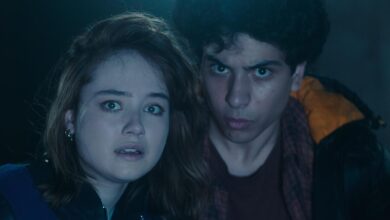 Who Killed Annabel? Who Wanted the Bone Glass? What’s Behind the Door?