Now you see them, now you don’t.

Some frogs found in South and Central America have the rare ability to turn on and off their nearly transparent appearance, researchers report Thursday in the journal Science.

During the day, these nocturnal frogs sleep by hanging underneath tree leaves. Their delicate, greenish transparent forms don’t cast shadows, rendering them almost invisible to birds and other predators passing overhead or underneath.

But when northern glass frogs wake up and hop around in search of insects and mates, they take on an opaque reddish-brown color.

“When they’re transparent, it’s for their safety,” said Junjie Yao, a Duke University biomedical engineer and study co-author. When they’re awake, they can actively evade predators, but when they’re sleeping and most vulnerable, “they have adapted to remain hidden.”

Using light and ultrasound imaging technology, the researchers discovered the secret: While asleep, the frogs concentrate, or “hide,” nearly 90% of their red blood cells in their liver.

Because they have transparent skin and other tissues, it’s the blood circulating through their bodies that would otherwise give them away. The frogs also shrink and pack together most of their internal organs, Yao said.

The research “beautifully explains” how “glass frogs conceal blood in the liver to maintain transparency,” said Juan Manuel Guayasamin, a frog biologist at University San Francisco of Quito, Ecuador, who was not involved in the study.

Exactly how they do this, and why it doesn’t kill them, remains a mystery. For most animals, having very little blood circulating oxygen for several hours would be deadly. And concentrating blood so tightly would result in fatal clotting. But somehow, the frogs survive.

Further research on the species could provide useful clues for the development of anti-blood clotting medications, said Carlos Taboada, a Duke University biologist and study co-author.

Only a few animals, mostly ocean dwellers, are naturally transparent, said Oxford University biologist Richard White, who was not involved in the study. “Transparency is super rare in nature, and in land animals, it’s essentially unheard of outside of the glass frog,” White said.

Those that are transparent include some fish, shrimp, jellyfish, worms and insects — none of which move large quantities of red blood through their bodies. The trick of hiding blood while sleeping appears to be unique to the frogs.

Here's where Sam Bankman-Fried will be under house arrest 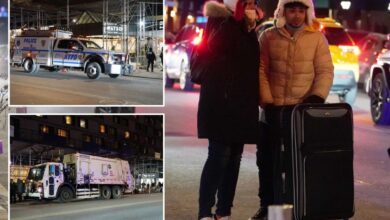 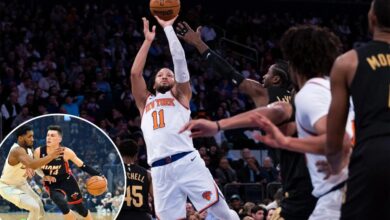 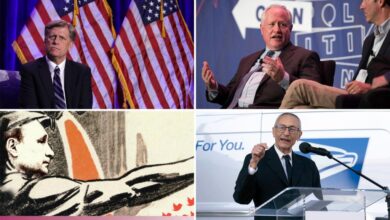