It is this: A glorious chance to clinch a playoff berth at home for the first time in 11 years … since the Tom Coughlin-Eli Manning Giants beat the Cowboys, 31-14, on New Year’s Day 2012 to win the division title. Manning said afterward, “It comes down to finishing,” en route to the Giants finishing Tom Brady and Bill Belichick and the Patriots, again, in Super Bowl XLVI.

It is this: An unexpected chance no one saw coming to punch a ticket to the postseason for the first time since the Ben McAdoo Giants backed in six years ago when the Buccaneers lost to the Saints.

Win and in, and watch New York party long and loud and proud like it’s 2023 on this New Year’s Day.

Win and in, and remember again what a torrid love affair between a diehard fan base and its Giants looks and sounds and feels like.

Beat the Colts, and everyone will see that it doesn’t matter in this town whether it is the 1986 Giants of Bill Parcells, Lawrence Taylor, Harry Carson and Phil Simms steamrolling opponents or the 2022 Giants of Brian Daboll, Daniel Jones, Saquon Barkley, Dexter Lawrence and Graham Gano eking out wins in what was supposed to be nothing more than a rebuilding season under a new regime.

The final home game of last season featured Joe Judge on the sideline and an unfathomable Jake Fromm quarterback sneak from the Giants’ own 4-yard line on third-and-9 in the second quarter against the Commanders.

The final home game of this season brings a blossoming Jones, a healthy Barkley, a blitz-crazed defensive coordinator Wink Martindale and a chance to reprise a tried-and-true tradition of a championship yesteryear: the dousing of the head coach in a Gatorade bath.

Safety Tony Jefferson, a former Cardinal, Raven and 49er, has been to the playoffs four times. But he has no ring.

“This is the opportunity of a lifetime right here,” he told The Post. “This is an opportunity to go get the [Lombardi] trophy. That’s the end goal.”

Wind up a Daboll doll from the start of the season and you might hear: “1-0 this week. This is a recording.”

All Daboll has done in his smart, tough and depend’aboll way is energize and galvanize 1925 Giants Drive, help mold Jones into the best version of himself and give Giants fans legitimate hope for a better tomorrow even as his eyes are fixated on today and only today every damn day.

Nick Foles is the Colts’ quarterback and Jeff Saturday is their interim head coach, but by the time the Giants charge out of the tunnel, they might have been convinced it will be Peyton Manning under center and Tony Dungy on the sideline.

Go behind the scenes with Big Blue

Sign up for Inside the Giants by Paul Schwartz, a weekly Sports+ exclusive.

Giants fans have witnessed only one playoff game at MetLife Stadium — 24-2 on Jan. 8, 2012, over the Falcons during the second Manning Super Bowl run, and none were at Giants Stadium during the first one. If the Giants secure a wild-card berth, any playoff journey would begin, and likely end, on the road. But 1-0 this week is all the matters right now.

For Giants fans, who have endured the end of Manning’s ironman streak in McAdoo’s second and last season, then Pat Shurmur, then Manning saying goodbye, then Judge and Fromm and Dave Gettleman in Rock Bottom, N.J., this is a long-lost playoff game.

Understand what it would mean to the Giants draftees who have been forced into the playoff waiting room since entering the NFL:

Then there is Leonard Williams, traded to the Giants from the Jets in midseason 2019: eight years.

“I don’t focus really too much on the past, focus more on like the now and the moment.

“And what a moment.”

And for the New York Football Giants, and for Giants fans, it’s not a moment too soon.

NYC Mayor Adams' biggest challenges in 2023, from crime to homelessness to education 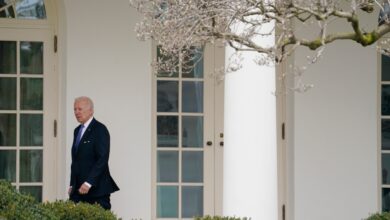 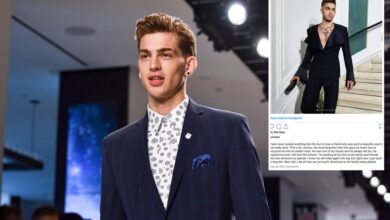 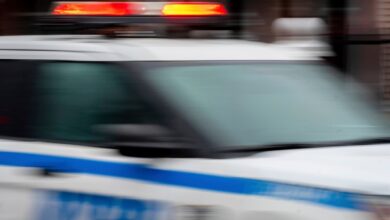 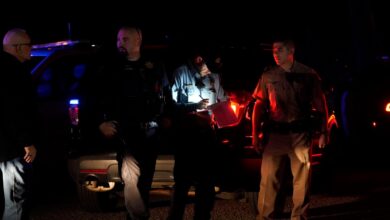