Ho-Ho-Hooters customers might be in the gift-giving mood this Christmas.

But one waitress would prefer they just eat, drink and be merry rather than load her down with creepy presents.

Ahead of the holidays, Hooters girl Emily Hoffman is virally displaying some of her “favorite” gifts she’s received from frequenters of the popular chicken shack location in Cincinnati, Ohio. And their tokens of appreciation include a body part from a customer’s dead pet and a crop top that reads: “I have no t—ts.”

“Today I’m showing you my favorite things that I’ve received from customers at Hooters,” said Hoffman in her trending show-and-tell snippet, which has stacked over 536,900 views on TikTok.

She kicked off her exhibition with a tattered promotional flyer of a patron’s self-produced YouTube film titled, “Grandpa is a cut-throat gangster who is also a protective grandfather.”

The petite brunette then displayed a black tank top inked with “I have no t—ts” in bold white print. The gag gift was presumably meant to mock Hofmann for having a slim frame while working in an environment best know for its ultra-busty waitstaff.

“OK, next,” she said after taking a pregnant pause while holding up the shady shirt.

“This is a feather from a man’s dead bird,” Hofmann continued, swapping out the crop top for a small box that held a tiny red quill. “Its name was GiGi, and it got hit by a car.”

She went on to showcase a series of other odd customer gifts, including a “diamond dollar,” which is fake money used as currency at a local strip club, as well as more than a dozen small boxes filled with jewelry.

“That’s not bad,” said Hofman as she dangled a twinkling tennis bracelet in the camera.

The dazzle of her jewels notwithstanding, TikTok audiences were clucking mad over her cringy swag.

“Omg, this is INSANE,” commented one freaked-out viewer.

“I can’t even imagine how awkward it was to receive these,” scoffed another

“I’m so confused??? Shouldn’t they be leaving you cash?” another wrote.

And while outraged spectators wagged their fingers at Hofmann’s weird gifts, her fellow Hooters waitresses weighed in with the kooky keepsakes they’ve received from generous customers.

“One time someone ‘gifted’ me with a live crab…. Like a legit crab he bought at a seafood store….,” one woman confessed.

“My experience: A “Hymen Inspector” card, a box full of his ex gf’s belongings, homemade food in Hooters’ to-go boxes,” another groaned.

But when a commenter asked Hofmann if customers ever gift her cold, hard cash rather than feathers, she said: “It depends how many birds died that day.” 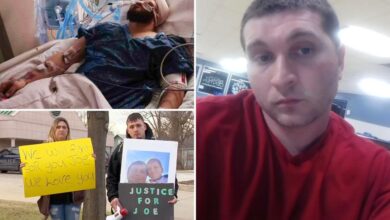 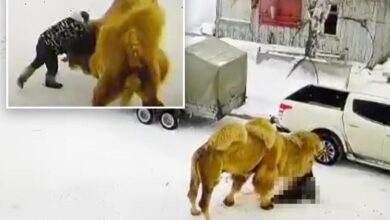 How to watch Bill Murray’s ‘Groundhog Day’ movie in 2023 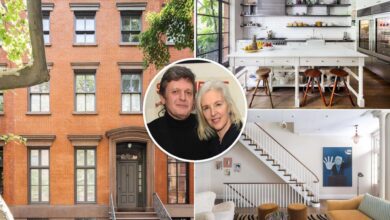