Shahid Alikhani square is a nondescript part of the historic Iranian city of Isfahan. Its sole claim to prominence is the grand entrance to one of the city’s main metro stations.


But now it has become a place of pilgrimage for supporters of the high-profile Iranian footballer Amir Nasr-Azadani who fear the young man could be executed in the square, where an execution platform has been installed, a witness close to Nasr-Azadani in Iran told CNN.


Terrified Iranian families believe that while the Western world is preoccupied with Christmas celebrations, a wave of executions in the country is imminent following the recent protests that have swept the country following the death in September of Mahsa Amini, a young woman detained by Iran’s notorious morality police for being accused of improperly wearing her hijab.


In collaboration with the activist group 1500Tasvir, CNN has verified documents, video, witness testimony and statements from inside the country which suggest that at least 43 people, including Nasr-Azadani, could face imminent execution.


Authorities have already executed at least two people in connection with protests in Iran last month, one of whom was hanged publicly.


Witness testimonies and official documents, reviewed by CNN and 1500Tasvir, provide evidence that suggests a rushed judicial process in Iran; charges which could carry the death sentence, often handed down in a single sitting.


According to state media, the city’s chief justice, Asadullah Jafari, said Nasr-Azadani had been charged with Baghi — or rioting against authorities. Under Iran’s penal code, the sentence carries the death penalty.


Since then, a witness to his arrest said they hoped Nasr-Azadani would be freed, but nevertheless visited Shahid Alikhani square daily to see if authorities would show up with the footballer and execute him on the scaffold. “From the day he was arrested, authorities told us he would be released by the end of the week,” the witness tells CNN.


Then the information dried up. Weeks later the witness, who is close to Nasr-Azadani, says authorities told them that the 26-year-old could be hanged at Shahid Alikhani square.


“The thought that they could execute him any day is really very hard for us … and the daily news we keep hearing is worrisome.”


Nasr-Azadani’s family was initially unaware of the reason for his arrest, the witness tells CNN, and officials would not share information of his condition. Those close to him were also warned to “keep quiet” about his case if they wanted to see him released sooner, the witness tells CNN.


The court last week said it obtained “video and sufficient documentation that prove he [Nasr-Azadani] is part of an armed group” and that the footballer had confessed to his crimes, state media IRNA reported.


‘I REALLY FEAR THEY WILL EXECUTE MAJID’


Previous CNN investigations have found prisoners have been subjected to torture and sexual assault. Human rights groups say torture-tainted “confessions” have been used against the defendants in sham trials.


Iranian officials have defended the trials nevertheless. In recent days, one Iranian MP said he believes that those involved in the current unrest must be executed within 5 to 10 days after their arrest. CNN received no official response from Iranian officials to its request for comment.


Another man, Majid Kazemi, was also accused of involvement in the killing of three security forces in Isfahan, the document obtained by CNN and 1500Tasvir shows. Kazemi told others he was coerced into confessing his involvement in criminal acts during his interrogation.


“He did not confess to having done any of the things he was charged with, and so they beat him up severely,” a source close to Kazemi tells CNN.


A released prisoner from the facility where Majid is being kept told the source his arm, leg and nose were broken.


Majid’s court session is set to take place during the holiday season, the source tells CNN.


“This will coincide with a time in which the international community is observing these holy days, and the Islamic Republic regime will take advantage of being removed from the watchful eyes of the world.


“I really fear they will execute Majid.”


In a recording from inside a Tehran prison, inmate Sahand Noor Mahammadzade speaks about how he was coerced into confession.


“The judge that was there told me to say that I do not protest (object) and gave me three pages that I signed, while they didn’t even allow me to read any of them.


“The second time they took me in for interrogation, my charges had completely changed. That second charge levied against me contained the term ‘moharabe.'”


“They told me to go into the prosecutor’s office and upon entering he said: ‘It is evident from his face. Execute this one!'”


In a hastily photographed document from inside Isfahan regional court obtained and verified by 1500Tasvir and CNN, it is revealed that at least 10 people in Isfahan have also been charged with Moharabe (a war against God), spreading corruption on Earth and other charges — all of which carry the death penalty.


The charge, introduced after the 1979 revolution, is regularly imposed against people who are accused of committing acts against the government.


Several other witness testimonies and official documents sent by families, and jointly authenticated by CNN and 1500Tasvir, paint a picture that shows how the Iranian regime is rushing the judicial process.


Families and activists say only court-appointed lawyers are allowed to represent defendants who are also refused the right to appeal.


And if the charge is handed down, the Iranian penal code states they could get the death sentence in a single sitting — though not carried out immediately and most sentences are appealed.


Soheil Jahangiri is one of the Iranians to receive such a sentence. Members of his family told CNN they haven’t heard from him in over a month. They say officials did not permit Jahangiri an independent attorney.


“Judiciary officials have alluded to two charges: Baghi and Moharabe. Soheil could face either of these charges that carry the death penalty,” a family member said.


“We are quite frightened that, with the beginning of the Christmas holidays and a decrease in political pressure on the government, executions will begin anew, and I think that Soheil’s life and the lives of numerous political prisoners are in danger.


“We don’t want to see our kids executed while the media is silent,” they added.


CNN has verified that dozens of others — some of them teenagers — face similar charges in connection with the protests and are at risk of execution.


In the regional court of Khuzestan, west of Isfahan, CNN has confirmed — in conjunction with 1500Tasvir — through court documents that 23 people have been charged with crimes punishable by death.


In Karaj, near Tehran, CNN and 1500Tasvir have confirmed five more Iranians are facing execution. Among them is 21-year-old Iranian-Kurdish Karate champion Mohammad Mehdi Karami, whose parents have also gone public with their plea.


“Please, I beg of you to please lift the execution order from my son’s file,” his father says in a video shared to social media.


In messages shared with CNN his family says Karami was not only sentenced to death, he was tortured in prison.


In another message shared with CNN, they said that despite his alleged ill-treatment, Karami was in good spirits but “physically damaged” having suffered torture.


For those awaiting execution, the wait behind bars can be unbearable. Just this week, 27-year-old Iranian-Kurdish rapper Saman Yasin attempted suicide while in detention.


In his last music video, Yasin rapped about inequality and oppression in Iran, singing “they closed my throat violently. They banned beauty. They reversed me like an animal. I am not satisfied with silence.”


Just two days ago Yasin tried to end his life, after weeks of enduring the harsh prison conditions in northern Iran, sources in the prison told CNN.


CNN has verified that at least 43 detainees are facing execution. Statements from both Iranian officials and in Iranian media reviewed by CNN and 1500Tasvir, mention the names of those charged and show that the real number is possibly as high as 100. Many of the families, though, were too scared to speak to us directly to confirm the names mentioned in the media.


As the year approaches its bitter end, for many Iranians their desperate pleas linger on.


In a video made public and shared with CNN, the mother of brothers Farzad and Farhad Tahazade, aged 23 and 24, sent this message to the world:


“Please hear my sons’ cries for help. My sons are young and they have children awaiting their release. Please save them. For the love of God, save my sons.”


In Iran, a woman puts herself at great danger by publicly speaking out against authorities on behalf of her children. But it is a risk many parents feel they have no choice but to take. 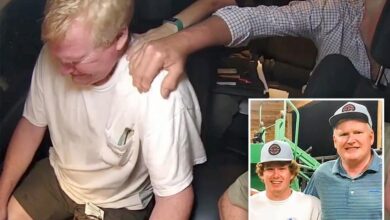 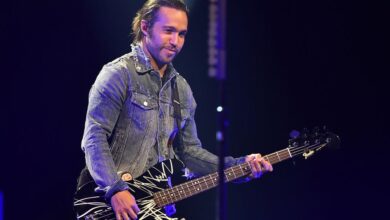 Where to buy tickets, schedule, dates 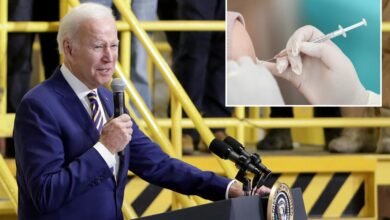 Why he won’t end the COVID ’emergency’ for months 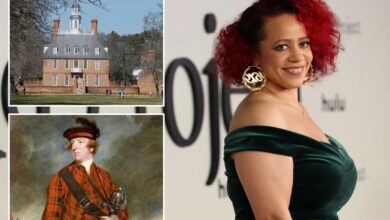