The focus for the Jets’ offensive ineptitude will be on quarterback Zach Wilson after Thursday night’s horrible performance in the 19-3 loss to the Jaguars, but the offensive line cannot get away unscathed.

The Jets’ line was atrocious. The running game barely existed until Chris Streveler began running around in the third quarter. The Jets had just four rushing yards in the first half, their lowest total in 20 years.

“Everybody isn’t happy with the outcome of that game,” center Connor McGovern said. “We all know that it’s on us to perform better. It’s on us to protect whoever is back there.”

The line has been a problem for weeks and it appears that injuries have caught up to the unit. Left tackle Duane Brown has been playing with an injured shoulder all year. He chose not to have surgery before the season and now he looks like he is playing with one arm. Right tackle George Fant has been bothered by a knee injury all season and is getting beat regularly. The Jets have a backup at right guard in Nate Herbig.

They also miss Alijah Vera-Tucker, who is on season-ending IR with an elbow injury.

The Jets have now lost eight consecutive games in primetime. Their last win was Week 1 of the 2018 season when Sam Darnold won his debut on Monday Night Football in Detroit.

DT Quinnen Williams was active for the game after missing Sunday’s loss to the Lions with a calf injury. Williams registered his 12th sack of the season on the first series of the night. That is the seventh-most sacks in franchise history, tied with Muhammad Wilkerson’s total in 2015.

The Jets elevated safety Will Parks from the practice squad for the game along with Streveler. 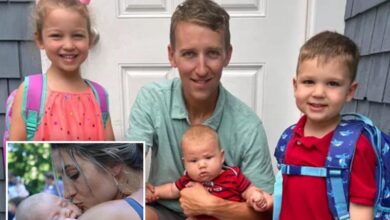 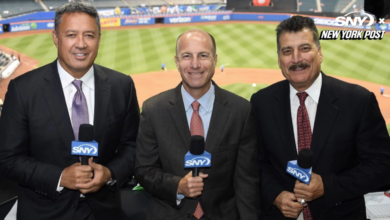 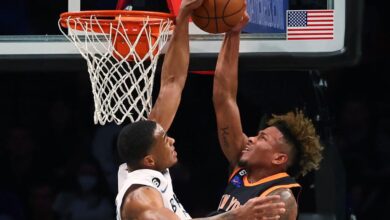 Why Nets-Knicks are no rivalry 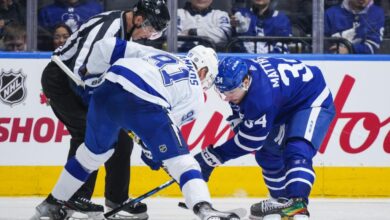