The convicted killer of an 11-year-old Queens boy was granted clemency by Gov. Kathy Hochul and could get sprung from prison within weeks — sparking outrage from elected officials and law-enforcement sources familiar with the heartbreaking case.

In announcing her Wednesday decision to commute Bruce Bryant’s 37-1/2 years-to-life sentence — making him immediately eligible for parole — Hochul cited the college degrees he earned during his nearly 30 years behind bars, as well as his charitable work and efforts to establish a mentoring program to prevent youth violence.

But Assemblyman Jarrett Gandolfo (R-Bayport) said none of that outweighed the tragic slaying of Travis Lilley, who was struck in the back of his head by a stray bullet fired into his grandmother’s beauty parlor on Oct. 30, 1993.

“It’s commendable that Mr. Bryant has taken steps to better himself, but nothing can change the fact that he was convicted of murdering an 11 year-old child,” Gandolfo told The Post.

“As a father, I can’t view this commutation as any form of justice. Definitely not justice for Travis Lilley or his family.”

“Bryant shouldn’t be granted clemency. It is great that he has used his time in prison in a positive way. But that doesn’t negate the crime and shouldn’t get him out of jail earlier than his sentence allows,” he added.

A furious law enforcement source seethed to The Post, “The judge said there was nothing redeemable and gave him 37-1/2 years. Why is he going to the head of the line of convicted killers?”

“This was an innocent, 11-year-old kid, who did not have a chance to go trick-or-treating the next day. Why wasn’t his life valued?” the source said.

Another law enforcement source opined, “College degrees are nice but it doesn’t show any remorse on Mr. Bryant’s part.”

“Travis Lilley never had a chance to go to college because of Mr. Bryant’s actions and the governor should be considering that,” the source added.

“November’s election made clear that Gov. Hochul must do more to empathize with the families of victims of violent crime — and this instance is certainly one of those moments,” he said.

Bryant, 53, had served two prison terms for dealing drugs and was on parole when he and an accomplice shot up the New Look Beauty Salon in Jamaica as part of a drug dispute that targeted the boyfriend of Travis’ mom inside.

Travis — who wanted to be a firefighter when he grew up — was gunned down just after bringing his mother a piece of birthday cake while she worked at the salon.

The boy’s grandfather, Bobby Lilley, cradled Travis as he died, later telling a reporter: “He didn’t say anything. The only thing he did, he twisted in my arms twice.”

More than 150 people turned out for Travis’ emotional funeral, at which then-US Rep. Floyd Flake, pastor of the Greater Allen AME Church, addressed the mourners and a poem written by Travis’ younger brother, Lovell Lilley, was read aloud.

“By my house I hear gunshots at night. You can call it noise or you can call it night noises. I know what it is! We can make a change. When the change is made 107th Street will have peace,” the poem said, referencing the block on which the brothers lived.

In a terrible twist, Lovell Lilley was himself fatally shot at a Queens park in 2015.

Bryant was arrested in Syracuse on unrelated charges in June 1994 and released without bail, after which he was immediately busted by NYPD detectives in Travis’ slaying.

Two eyewitnesses picked Bryant out of a lineup in Queens and he was convicted of second-degree murder and related charges in July 1996.

Since then, Bryant has mounted multiple, failed appeals, with Brooklyn federal Judge Frederic Block ruling in 2007 that prosecutors had presented a “very strong case.”

Keep up with today’s most important news

Stay up on the very latest with Evening Update.

A spokesperson for Queens District Attorney Melinda Katz said prosecutors didn’t take a position on whether or not Bryant should be granted clemency.

“Whether he is released will be decided by the Parole Board. The board typically consults a victim’s family prior to a decision,” the spokesperson added.

A law enforcement source called it “shocking that the district attorney did not take a position on the murder of an innocent, 11-year-old boy.”

“The district attorney is supposed to represent the victim — who can’t speak — and his family,” the source said.

The Post was only able to locate one living relative of Travis’: his mom, Cheryl Tilley, who didn’t return phone messages.

Bryant maintains his innocence and last year was profiled in a Law360 article that called him the “poster child for clemency” and said his trial was “suspect” because one witness later recanted and Bryant’s defense lawyer had PTSD at the time.

Bryant also said he hated being locked up and was “feeling a bit discouraged and despondent.”

Bryant’s clemency announcement said that under terms of his sentence, he “would not see the Board of Parole until 2029.”

“His sentence is being commuted to allow him an earlier opportunity to appear before the Parole Board so that the board can make a determination about whether he is suitable for parole,” the statement added.

A spokesperson for the state Department of Corrections and Community Supervision said Bryant was scheduled to appear during the week of Jan. 9, with a decision due two weeks after that. 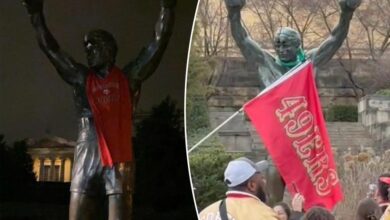 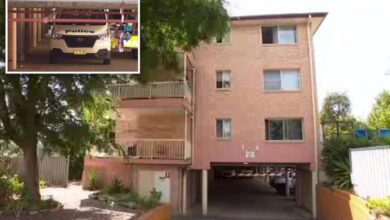 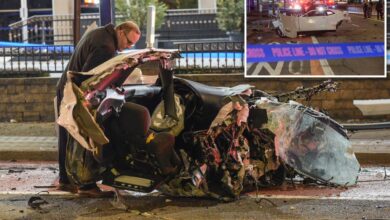 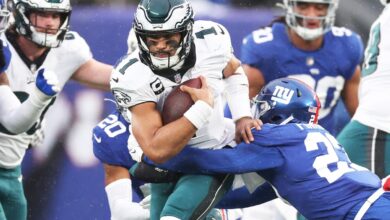 Time, Channel, Where To Watch The 2023 NFL Playoffs Online