A gender reveal party erupted in chaos after Megan Ware, 22, from the UK, punched fellow guest Emma Mitchell in the face over some wine spilled on her dress, knocking out two of her teeth.

Ware, a mom of two, reportedly followed Mitchell out of the pub and assaulted her, according to Cavendish Press. Police were called to the scene on Oct. 7, discovering she had also pulled the hair of another woman, Emma Pinnington, before punching Mitchell.

When she was interviewed, Ware admitted she was so drunk she couldn’t remember who had spilled the drink on her, reportedly describing herself as “10 out of 10 drunk.”

Ware pleaded guilty at the Chester Magistrates’ Court to two charges of assault and being drunk and disorderly. She was ordered to pay Mitchell $480 in compensation and Pinnington $120.

Laura Simpson, who was prosecuting, said Mitchell and Pinnington were out with friends in Chester on Oct. 7 when the assault happened.

“They went to the Victoria Pub and left at 2 a.m. but as they were heading towards a taxi rank Miss Mitchell stated that she felt somebody, the defendant, behind her pulling her hair,” she said, according to Cavendish Press.

Simpson reported she hit Mitchell with “substantial force,” adding that it was “so hard, it knocked two of her bottom teeth out.

“A police officer saw the assault on Miss Mitchell and he pulled the defendant away from her,” she continued, noting that it “appeared” that Pinnington also was assaulted.

“Officers arrested the defendant, but she continued to be abusive and was shouting and swearing,” Simpson added. “The defendant was later interviewed and recalled being very drunk. She recalled being in a fight following someone pouring a drink over her.”

Defense attorney Chris Hunt said that Ware — who has 1- and 3-year-old children — has no prior convictions and claimed that “she is not someone who goes out regularly and she does not drink regularly.

“She punched Miss Mitchell while she was on the floor and caused her teeth to be knocked out,” Hunt added. “It was a persistent assault against two unknown females.”

Hunt, who noted that Mitchell may have been wearing dentures, said Ware accepts that she drank too much.

Magistrates imposed a 7 p.m. to 7 a.m. curfew on Ware for eight weeks.

Chairwoman Jane Davies said they listened to Ware’s solicitor and her previous good character has “stood well” for Ware’s conviction.

It’s not the first gender reveal party to end in chaos, with stunts designed to show party guests the sex of their child at birth ending in injury or even death sometimes.

In 2020, an explosive reveal in San Bernardino County, California, caused a forest fire that eventually destroyed nearly 23,000 acres around the El Dorado Ranch Park, prompting the creator of the trend, Jenna Karvunidis, to condemn the events going forward.

“For the love of God, stop burning things down to tell everyone about your kid’s penis. No one cares but you,” the parenting blogger wrote in 2020.

'Emily in Paris' is now too boring to even hate-watch 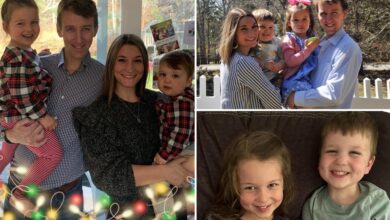 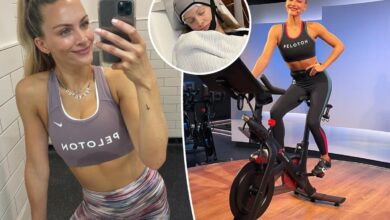 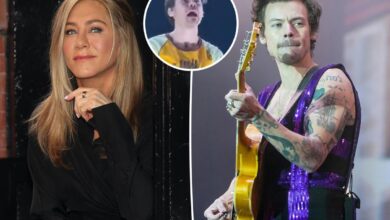 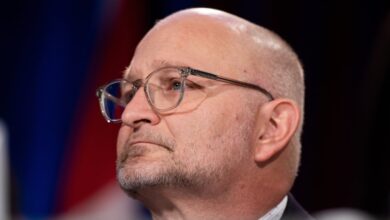