Mary Graber, 30, was up in the middle of the night, nursing three-week-old daughter Sloane while scrolling through her Facebook mommy group. She’d joined the group when she was pregnant, in search of helpful advice and reassurance. Instead, she found anxiety and shame.

The already nervous new mom was stunned to discover a thread filled with judgmental comments aimed at parents who let little ones nap on them, something she had been excited to try.

“My instinct was wanting to cuddle with [Sloane], but then I saw all of these comments like, ‘you’re setting her up for never falling asleep without you,’ or ‘you’re ruining her sleeping schedule’ or ‘she’ll never sleep alone in her crib.’ There were all these warnings,” Graber, a teacher from New Jersey, told The Post. “I was made to feel bad.”

While mommy forums on Facebook and other social media platform can be a godsend for nanny recommendations, soccer sign-ups and snow day alerts, they can also be a rabbit hole of judgmental debates over breastfeeding and vaccines, anxiety-inducing boasting about developmental milestones and preschool admissions and unwarranted medical diagnoses. A new study from Pepperdine University published in the journal Biological Psychology found that the longer women spent perusing online mom groups and their heated comment threads, the higher their levels of the stress-inducing hormone cortisol.

“It’s hard to parent authentically when moms are constantly checking their decisions  against what they think is the hive mind of other mothers rather than saying, ‘I feel like this is best for my child,’” lead researcher Lauren Amaro, an associate professor of communication at Pepperdine, told The Post.

Amaro, herself a mom of two, was inspired to pursue the study following her own experience scrolling through mom groups seeking advice on cutting newborns’ fingernails and eczema medicines for toddlers that won’t leave them screaming.

While she walked away with some helpful information — like applying ice after the eczema medicine — she noticed that the exposure to dissenting parenting advice and views, had become unsettling.

“There were so many voices in my head saying why I should or should not do something … this false chorus of an imagined group of women,” Amaro said. “[It was] really taxing.”

“It’s very dangerous.” Koeppel said. “Some of these women are downright hostile and just as insecure as the moms asking questions.”

Hayleigh DeGiorgio, 31, a Marion County, Florida mom of two, recalled unsubscribing from a Facebook group for military moms nearly a decade ago when she had her first born, after being verbally attacked for asking about alternatives to breastfeeding.

“I was having trouble after leaving the hospital and was told I was pathetic and lazy and that ‘breast is best,’” DeGiorgio said.

She relied on the mom groups less and less after observing what she referred to as a “Keeping Up with the Jones” competitive nature among women — whether it was seeing posts about a home renovation, comparing where kids were at developmentally or seemingly making motherhood look like a breeze.

“People find it cool to compare kids and where they are developmentally,” she said. “Definitely a sure fire way to make a mom feel less-than.”

As for Graber, she decided to go with her gut and let her little one nap on her chest at times.

“I’m just going to follow her lead. If she wants to sleep on me, I’m going to let her sleep on me,” she said. “I’m trying to trust myself.” 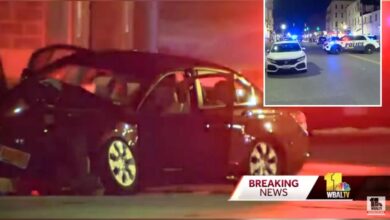 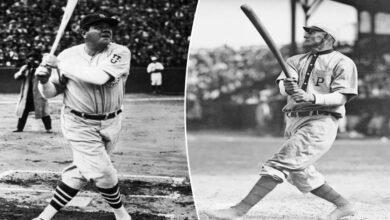 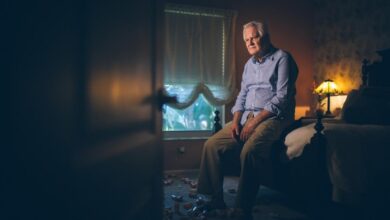 My children never call or visit me 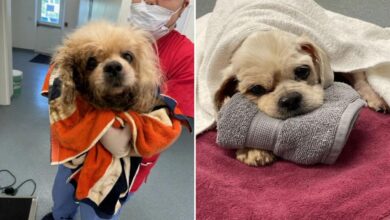 Florida dog found ‘cemented’ to sidewalk for days before rescue