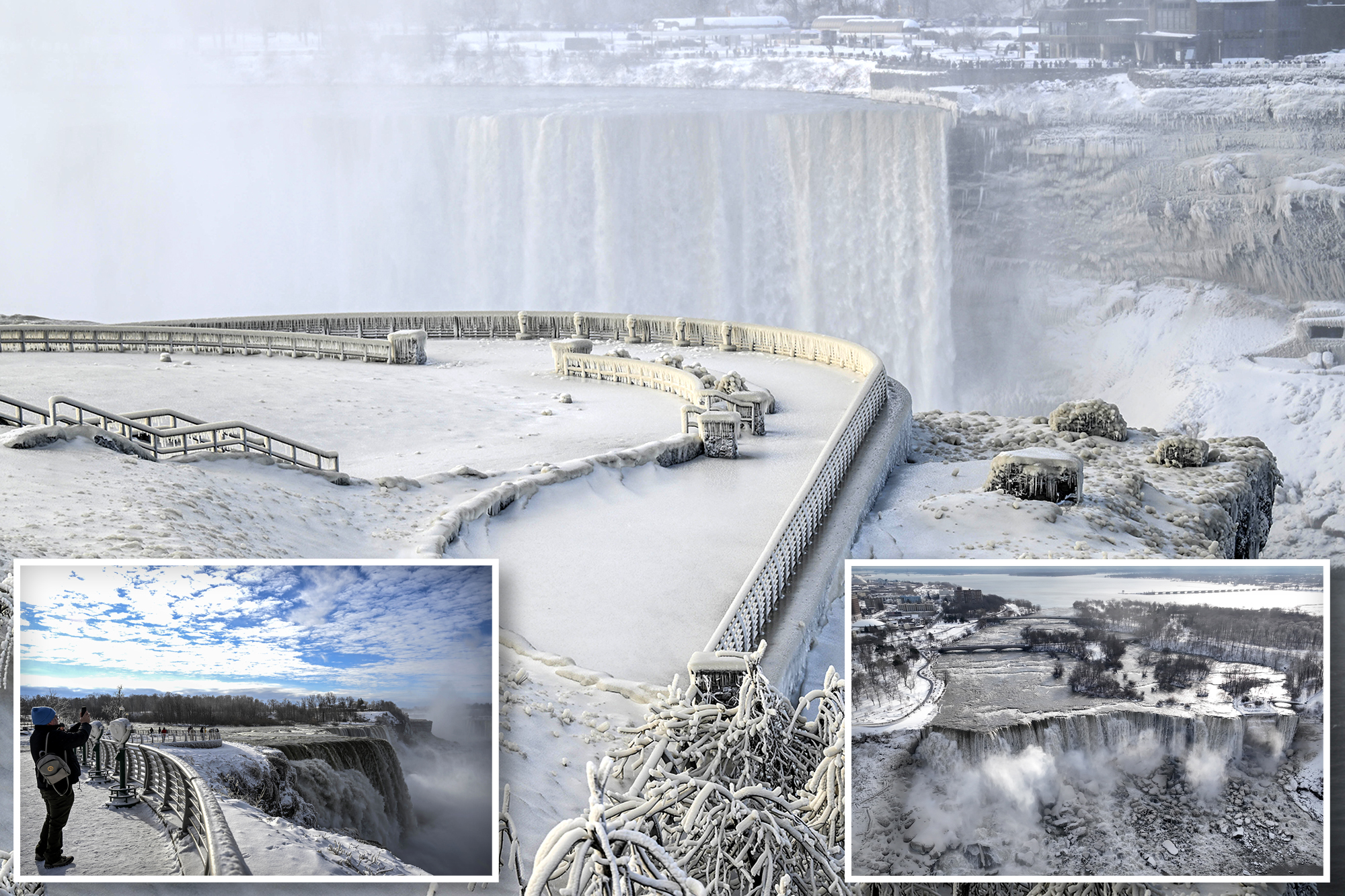 Niagara Falls has been transformed into a partially frozen winter wonderland thanks to the recent wave of sub-zero temperatures gripping the region.

The magical scene was captured in a series of breathtaking photographs that show frozen mist and sheets of ice blanketing parts of the iconic tourist destination at the border of New York state and Ontario, Canada.

The icy spectacle formed as winter weather blasted the Northeast over the weekend, bringing frigid temperatures and a deadly blizzard to Buffalo, New York — roughly 25 miles south of Niagara Falls.

But while parts of the falls were frozen, they almost never freeze completely due to the sheer volume of the water that gushes over — combined with the constant movement of the raging liquid.

A whopping 3,160 tons of water flows over Niagara Falls every second, according to the Niagara Falls New York State Park. It falls at a speed of 32 feet per second.

In fact, a total freeze is nearly impossible, according to the Niagara Falls USA tourism website.

The US side of the falls reached the point of freezing five times in history when ice blocked the flow of water further up the river — effectively creating a dam and reducing the volume of water, according to the site.

The falls’ magical frozen appearance is instead caused by the surface water and mist that turns to ice, coating observation decks and creating collections of ice that gather at the base of the falls.

In particularly cold winters, ice and snow commonly form over the portion of the Niagara River at the base of the falls creating an “ice bridge.”

Up until 1912, tourists and locals would cross over the river via the ice bridge to get the unique view of the falls from below, right at the base of the falling water.

Authorities banned walking onto the ice bridge after three people died when ice broke loose on Feb. 4, 1912, and tossed them into the Niagara River.

The ice bridge returns most winters due to the colder climate up north.