North Korea has conducted an unprecedented number of missile tests this year in what some experts call an attempt to bolster its weapons capability and pressure its rivals to make concessions such as sanctions relief in future negotiations. Recently, the North also performed major tests needed to acquire its first spy satellite and a more mobile intercontinental ballistic missile capable of reaching the U.S. mainland.


It wasn’t immediately clear exactly what kinds of missiles North Korea fired. South Korea’s military said the missiles traveled about 250 kilometres (155 miles) and 350 kilometres (220 miles) respectively before landing in the waters between the Korean Peninsula and Japan.


Japanese Vice Defence Minister Toshiro Ino said that one missile detected by Japan flew as far as 300 kilometres (180 miles) at a maximum altitude of 50 kilometres (30 miles). He said that missile might have showed an “irregular” trajectory, a possible reference to North Korea’s highly maneuverable, nuclear-capable KN-23 missile, which was modeled on Russia’s Iskander missile.


The launches could be a response to the U.S.-South Korean aerial military exercises near the Korean Peninsula on Tuesday, as North Korea has said its torrid run of testing activities in past months were meant as a warning over its rivals’ previous combined drills. Washington and Seoul have said their drills are defensive in nature, but North Korea calls them practice for an invasion.


The latest U.S.-South Korean drills drew B-52 nuclear-capable bombers and F-22 stealth fighter jets from the United States and other advanced warplanes from South Korea. The training was part of a bilateral agreement on boosting a U.S. commitment to defend its Asian ally with all available military capabilities, including nuclear, according to South Korea’s Defence Ministry.


The F-22 jets were supposed to stay in South Korea for more joint drills this week with the South Korean air force, but the U.S. aircraft eventually returned to their base in Japan due to weather conditions, South Korean defence officials said.


The aerial drills came after North Korea said it used old missiles as launch vehicles to test cameras and other systems on Sunday for the development of its first military reconnaissance satellite. Its state media also published low-resolution photos of South Korean cities as viewed from space.


Some civilian experts in South Korea said the photos were too crude for surveillance purposes and that the launches were likely a cover for tests of North Korea’s missile technology. South Korea’s military has maintained North Korea fired two medium-range ballistic missiles.


Such assessments have infuriated North Korea, with the powerful sister of North Korean leader Kim Jong Un issuing crude insults of unidentified South Korean experts. Kim Yo Jong said there was no reason to use an expensive, high-resolution camera for a single-shot test.


Kim Yo Jong also scoffed at South Korea’s previous assessment that North Korea still has technological hurdles to overcome to acquire functioning ICBMs that can launch nuclear strikes on the U.S. homeland — such as the ability to protect its warheads from the harsh conditions of atmospheric reentry.


To prove the North’s ICBM capability, she suggested that North Korea might carry out a standard-trajectory ICBM launch because all of the North’s previous ICBM launches were made at a steep angle to avoid neighbouring countries. Such a launch could sharply inflame regional animosities and trigger a strong response from the U.S. as the weapon would fly toward the Pacific Ocean.


A spy satellite and a solid-fuelled ICBM are among the high-tech weapons systems that Kim Jong Un has vowed to introduce to cope with what he calls U.S. hostility. Other weapons systems he wants to procure include missiles with multi-warheads, underwater-launched nuclear missiles, nuclear-powered submarines and hypersonic missiles.


Last week, North Korea tested a “high-thrust solid-fuel motor” that experts say would be used for a solid-fuelled missile, which is more agile and harder to detect before launches than liquid-fuelled weapons. 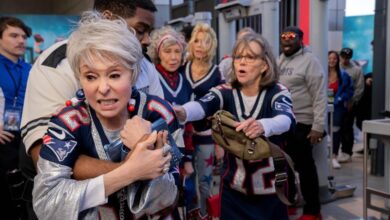 Tom Brady flick is a fumble 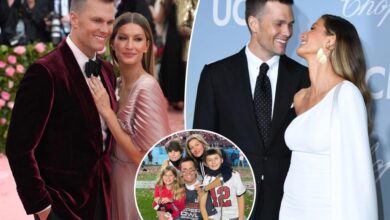 Gisele Bundchen ‘not involved’ in Tom Brady’s decisions after divorce 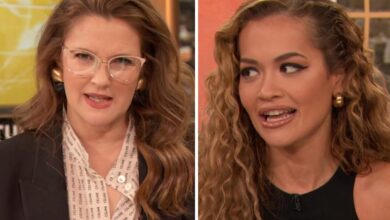