WASHINGTON – Long Island GOP Rep.-elect Nick LaLota called Tuesday for the House Ethics Committee to investigate fellow soon-to-be congressman George Santos after he admitted to The Post one day earlier that he lied about his education, career and personal background.

“House Republicans like me are eager to be sworn in and focus on our Commitment to American and our respective districts,” LaLota said in a statement. “Yet, over the last few weeks I have heard from countless Long Islanders how deeply troubled they are by the headlines surrounding George Santos.”

“As a Navy man who campaigned on restoring accountability and integrity to our government, I believe a full investigation by the House Ethics Committee and, if necessary, law enforcement, is required,” added LaLota, who will succeed Lee Zeldin in representing the Suffolk County-based 1st Congressional District. “New Yorkers deserve the truth and House Republicans deserve an opportunity to govern without this distraction.”

LaLota is believed to be the first elected Republican to call for action against Santos, who has vowed to serve out his full two-year term beginning Jan. 3.

On Monday, Santos confessed to The Post that he fabricated most of his life story during his successful campaign to represent the 3rd Congressional District, which includes parts of Nassau County and Queens.

The 34-year-old revealed he had never graduated from college nor had he “directly” worked for Goldman Sachs or Citigroup despite boasting such accomplishments on the campaign trail.

“My sins here are embellishing my resume,” he said. “I’m sorry.”

Santos also drew condemnation from the Republican Jewish Coalition and Nassau County Republican Committee Chairman Joseph Cairo for falsely claiming on his campaign website that he was from a Jewish background and that his grandparents had escaped Nazi persecution,

“We are very disappointed in Congressman-elect Santos. He deceived us and misrepresented his heritage,” the RJC said in a statement Tuesday. “In public comments and to us personally he previously claimed to be Jewish. He has begun his tenure in Congress on a very wrong note.”

But Georgia GOP Rep. Marjorie Taylor Greene — who infamously suggested in 2018 that “Jewish space lasers” were to blame for California wildfires — came to Santos’ defense on Twitter Tuesday, claiming he “lied about his resume, and the left is demanding he resign.”

“The left doesn’t care about lying. The real reason they’re attacking George Santos is that he [is] the first openly gay [non-incumbent] Republican elected and they hate him for it,” she wrote. “I’m glad George is being honest with his district now and look forward to seeing how George legislates & votes.”

Despite an uproar from Democrats, there is no mechanism to prevent Santos from taking his seat on Jan. 3.

A Supreme Court ruling from 1969 established the precedent that duly elected House members can only be excluded if they fail to meet the criteria outlined in Article I of the Constitution (that members of Congress be at least 25 years old, a US citizen for at least seven years, and a resident of the state they represent.) 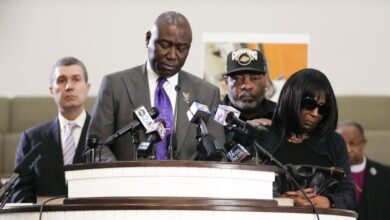 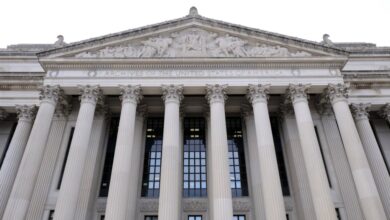 Past U.S. presidents asked to check for classified docs 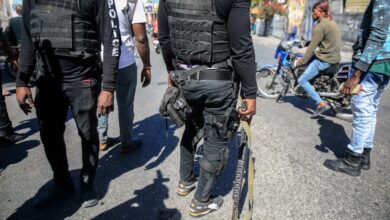