When Eric Adams was sworn in as mayor a year ago, he proclaimed “New York is back” and promised a safer and more economically viable city.

Despite facing early albatrosses during his first days in office – including a major snowstorm and a Bronx high-rise fire that killed 17 people — Adams remained positive, insisting the Big Apple had “wallowed” for far too long over the pandemic and needed his type of “swagger” to get over it.

When recently quizzed by multiple media outlets on how he’d grade his first year running America’s largest city, Adams insisted he deserves a “B+” and said he looks forward to perfecting his grade in 2023.

Here, The Post looks at some of the biggest issues Adams faces, and pundits of all political stripes weigh in on how he can do better in 2023.

Murders and shootings were down 13% and 17% respectively in 2022, but overall major crime – which also includes rapes, robberies, burglaries, assaults, larcenies, and car theft – were up nearly 23%

During a recent briefing with reporters, Adams insisted “New York remains the safest big city in America” and promised to deliver on his main campaign pledge by making it even safer in 2023.

Hank Shienkopf, a longtime Democratic political consultant, said Adams had a “good” first year fighting crime, considering “the hand he was dealt” by progressive predecessor Bill de Blasio. However, he said Adams must do a better job getting “emotionally disturbed people” off the subways so people feel safe again using mass transit. “That would get people to some extent back into Midtown and back into offices,” he said.

But Gabe Tobias, a progressive Democratic consultant and staunch critic of Adams, said the mayor must trim the NYPD’s budget and do a better job weeding out its “racist” policies. He also accused the city’s second black mayor of relying on “fear-mongering” to build his national celebrity.

Through the end of November, the city logged 104 pedestrian deaths, an 8.8% decline compared to the same period a year earlier. Overall traffic deaths also fell 6%, from 248 to 233.

Adams was widely praised for pushing state pols to authorize the 24/7 operation of speed cameras throughout the Big Apple. His administration also made safety improvements at 1,400 intersections, exceeding an earlier goal of 1,000.

However, the administration has come under fire for not doing enough to combat parking placard abuse, especially by cops. And it’s behind in goals to build new bus lanes and bike lanes.

Adams has also been criticized for continuing the left’s war on cars. With fewer driving lanes already slowing glacial Midtown traffic to a crawl, Adams has proposed stripping multiple car lanes from stretches of Fifth Avenue.

As The Post’s columnist Steve Cuozzo pointed out, similar tactics that brought plazas to Times Square in 2009 only wound up driving out longtime businesses as the area was overrun with “desnudas,” predatory cartoon characters and Big Mac-chompers.

Both Shienkopf and Ghora said the city must do a better job cracking down on rogue e-bikes, dirt bikes ATVs, and other two-wheelers that speed, ride the wrong way and break all sorts of other laws.

“They blow through traffic lights, they ride off sidewalks, and it’s an absolute hazard that needs to be better regulated,” Ghora said.

Adams initially promised to move forward with de Blasio’s plan to shut scandal-scarred Rikers and replace it with four new high-rise lockups, one in each borough but Staten Island, by August 2027.

However, a year into office, the future of the city’s jail system is murkier than ever.

The proposed lockups have a combined maximum capacity of 3,544 beds, but the jail population has swelled to nearly 6,000 with city officials expecting it to reach 7,000 in the next year. Meanwhile, the city is legally prohibited from operating a jail on Rikers after 2027 because of action taken by the City Council.

Sheinkopf said the mayor realizes the current plan “isn’t realistic” with crime rates rising and the court system “slow,” which means he’ll either have to build bigger new jails in neighborhoods that don’t want them or somehow convince the Council to back plans to build a more humane, state-of-the-art jail on Rikers.

“Closing Rikers is ridiculous. We need jails,” he said.

Tobias, however, said that with 19 inmate deaths at Rikers in 2022, Adams – who has opposed the federal takeover of Rikers — should “finally admit that this has become an unprecedented humanitarian crisis.”

The city added more than 173,000 new jobs in the past year and recovered 97% of jobs lost during the height of the pandemic, according to the Mayor’s office. Tourism increased by 70%, returning to pre-pandemic levels with about 56 million visitors in 2022.

Among Adams’ biggest successes were announcements of a $1.6 billion life-sciences jobs and education complex for Kips Bay in Manhattan and a $780 million plan for Willets Point in Queens that includes a 25,000-seat soccer stadium for the New York City Football Club next to Citi Field, a hotel, and 2,500 units of affordable housing.

Sheinkopf called Adams a “great cheerleader” who’s helped restore Midtown’s vitality. He said he needs to cheer even harder in 2023 for New York, including pushing to get the Democratic National Convention to the Big Apple.

Ghora said he thinks Adams must help small businesses more, including offering tax breaks and other incentives. He also believes it’s time for the city to stop allowing dining sheds on streets, saying they attract homeless people and unwanted trash as much as they do patrons.

Despite a vow by Adams’ longtime pal, city schools Chancellor David Banks, to trim the bloated Department of Education bureaucracy, spending on educrats and their offices ballooned.

Adams and Banks also came under fire this past year for approving at least $215 million in education budget cuts, although Adams insisted it’s not a cut, “right-sizing” the budget as student enrollment declines. The administration also left some education advocates fuming by dropping plans to expand pre-kindergarten for 3-year-olds.

Adams also announced the city is tightening its controversial high school admissions process to emphasize good grades and that he’s sticking to his campaign promise to keep the city’s Gifted & Talented program alive. However, the entry rules for G & T are vague, and experts say there are still far too few seats for all who apply.

Tobias said Adams needs to dip into the city’s projected $2 billion surplus and restore all funding slashed from city schools, “undo the gutting of our public libraries” and “unbreak the promise of universal 3-K”

With the Big Apple’s homeless crisis spiraling out of control, Adams last month introduced a new mental health policy that calls for city cops to bring homeless people involuntarily for psychiatric evaluation and potentially commit them to a hospital. It’s being challenged in court for allegedly violating the city’s human rights laws.

He’s also invested $171 million into homeless services, including programs aimed at moving people out of encampments and subways and into shelters.

Shienkopf said Adams realizes the city needs to build more affordable housing but the bigger problem is partnering with a City Council whose progressive majority doesn’t relish working with most private developers.

Working with the White House, Albany and City Council

Unlike de Blasio, who spent much of his time in office bickering with ex-President Donald Trump and ex-Gov. Andrew Cuomo, Adams enjoys a more cordial relationship with President Biden and Gov. Hochul. However, his relationship with the Council has been rough from the start, including his inability to land his preferred candidate as speaker.

Despite rosier relationships with the White House and governor, some of Adams’ greatest frustrations in office have included failed efforts lobbying Albany pols to amend the state’s bail reform law to stem the tide of violence and the feds for assistance with the crush of migrants overwhelming the Big Apple and its services.

“The mayor knows what’s best for the city and is trying, but he needs to get tough with Albany and DC, where Hochul and Biden have shown a lack of understanding,” said Queens Councilman Robert Holden, a moderate Democrat.

“It’s time for bold action to ensure the city gets the help it deserves from the state and federal government.”

Giants have glorious chance to deliver long-awaited gift to fans 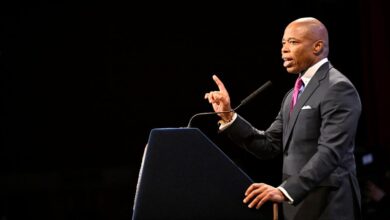 Flood of fentanyl in NYC will ‘destroy generations’ if unchecked: Adams 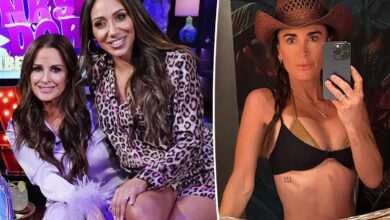 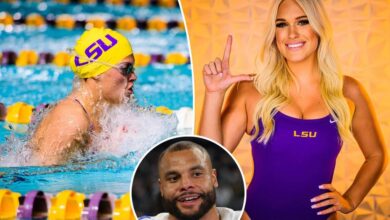 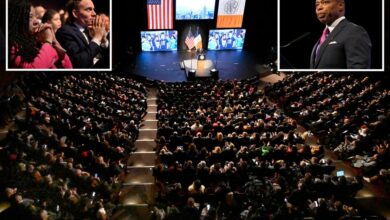