Russia on Saturday fired 20 cruise missiles at Ukraine as civilians looked to welcome in the New Year, resulting in the death of at least one and dozens injured.

Ukraine’s air defenses shot down 12 of the 20 missiles launched using Tu-95ms strategic bombers positioned in the Caspian Sea along with ground-based missile systems Commander-in-Chief of the Armed Forces of Ukraine, Valerii Zaluzhnyi, said on Telegram.

The strikes hit locations across the Kyiv, Zhytomyr and the Khmelnytskyi regions.

Part of a hotel sits destroyed following a missile attack on New Year’s Eve, Dec. 31, 2022 in Kyiv, Ukraine. Kyiv Mayor Vitali Klitschko said in a statement that at least one person had been killed.
(Spencer Platt/Getty Images)

Ukrainian air defense forces shot down six missiles in Kyiv where at least one person was killed and 16 were injured, along with five missiles in the Zhytomyr region and one in the Khmelnytskyi region, which left seven injured, including three in “serious condition” according to Ukrainian news outlets.

Five districts in the western, central, southern, and eastern parts of Kyiv were hit including at least one hotel, the Ukraine Palace concert hall, and residential buildings.

Emergency workers gather at the scene of a blast on New Year’s Eve, Dec. 31, 2022 in Kyiv, Ukraine.
(Spencer Platt/Getty Images)

Kyiv’s mayor Vitali Klitschko took to Twitter to announce the strikes Saturday morning and said, “There are explosions in Kyiv! Stay in shelters!”

Klitschko said that while Kyiv residents still had access to water and heat, certain train lines had been closed and roughly 30 percent of the city was without electricity.

How to watch the 2022 College Football Playoff 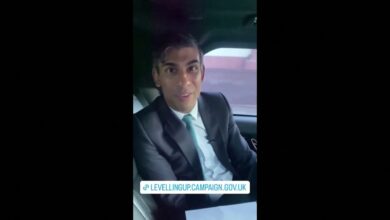 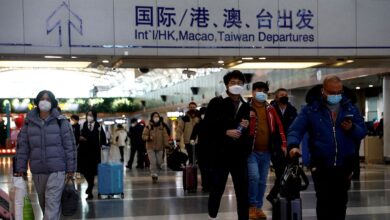 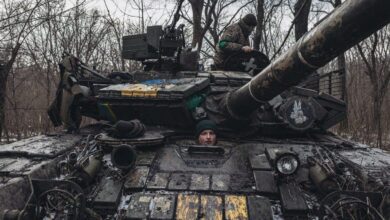 Ukraine-Russia war: Zelenskyy says he can’t use ‘words instead of guns’ as defense chiefs fail on tank deal 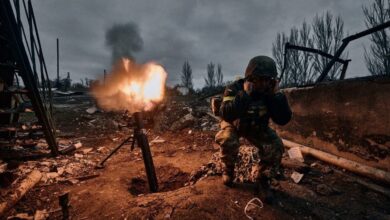 US advises Ukraine to hold off on major offensive until latest arms shipment: report