Russia on Saturday stationed air defenses over Moscow and handed out shelter directions to citizens in Belgorod near the Ukrainian border in preparation for New Years festivities.

“In total for the period of the New Year holidays and weekends, about 20 thousand military personnel of the air defense-missile defense formation of the Aerospace Forces will be on combat duty for air defense,” the outlet said on Telegram.

US NEITHER ‘ENCOURAGED NOR ENABLED’ UKRAINE TO STRIKE ACROSS RUSSIAN BORDERS: BLINKEN

The ministry did not say whether it assessed there will be an attack on the capital city as the new year rolls in, though according to Ukrainian news outlet Pravda, Russia is also prepping areas along the Ukrainian border.

The region of Belgorod – which shares a border with Ukraine’s Kharkiv oblast and who’s regional capital sits roughly 20 miles inland from the border – has seen several strikes in recent months as Ukrainian forces have pushed the frontline further east.

According to the Ukrainian news outlet, Russian authorities have provided residents in the region with maps for shelters in the city in case of renewed attacks.

Russia is accusing Ukraine of being behind the explosion and fire.
(Stringer/Anadolu Agency via Getty Images)

Ukraine ousted Russian forces from Kharkiv in September and by October Belgorod reportedly began to see an increase in shelling.

The regional governor claimed a massive fire broke out in mid-October after shelling fell on a Russian oil depot.

Shelling in the region then killed two in November and power lines were reportedly damaged in early December.

A police expert holds a fragment of a drone with a handwritten inscription reading “For Belgorod. For Luch” after a drone attack in Kyiv on Oct. 17, 2022, amid the Russian invasion of Ukraine.
(SERGEI SUPINSKY/AFP via Getty Images)

Another shelling incident was reported on Dec. 18 in which one person was killed, eight others injured and a dozen residential building damaged, according to the regional governor, Vyacheslav Gladkov.

It remains unclear if the incidents in Belgorod were intentional and the Ukrainian government has not publicly commented on strikes that have targeted several Russian locations, including at least four separate strikes on Russian bases earlier this month. 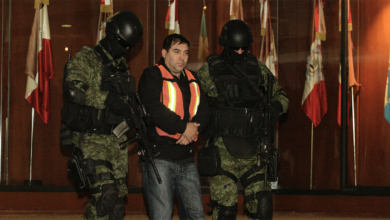 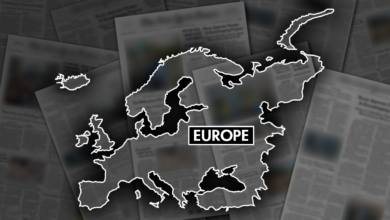 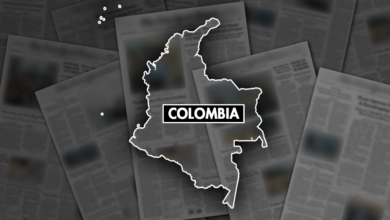