The body-swap subgenre is alive and kicking via Mack and Rita (now on Hulu), a featherweight comedy in which Elizabeth Lail’s brain finds itself inside Diane Keaton’s body. As movie concepts go, this is definitely something, something that might work if it’s written just so. But I’m afraid the way it’s written just blows.

The Gist: Mack (Lail) is super into muumuus. See, she was raised by her grandmother and has always felt like an “old gal” in a young woman’s body – but she kept that latter part to herself. She wrote a book and people liked it but is in the What Now phase of her life and career. Her agent Stephanie (Patti Harrison) says nobody reads books so don’t bother with writing another, and has navigated Mack into sponsorship deals on social media. That’s a fancy way of saying she’s an influencer now, and she’s not happy about it. Who can blame her? Going from acclaimed author to Instagram is like falling out of a Maserati and landing in a heap of platypus dung.

Anyway, it must pay well, because Mack’s apartment is pretty damn nice. High ceilings, lots of shelves. So many shelves – shelves for knickknacks, shelves for books, shelves for clocks. Is there a shelf this screenplay should have stayed on? There should be, for reasons that will soon become prevalent. Mack has a dog named Cheese. Get it? Mack and Cheese? Now you know why the screenwriter named her Mack. Her hunky neighbor Jack (Dustin Milligan) takes care of Cheese while Mack’s out of town. She likes him and he seems to like her but they’re f—ing doomed before they start, because no couple can be Jack and Mack with a dog named Cheese and not be killed by a stray asteroid.

The reason Mack’s out of town is for her bestie Carla’s (Taylour Paige) bachelorette party. But Muumuu Mack just can’t hang with these girls in their booty shorts and stiletto heels. I mean, they don’t even know the word “lothario.” Idiots. So Mack cuts out and stops by a dingbat grifter’s (Simon Rex!) tent for a promised “past-life regression.” Mack climbs into a fake-ass machine that’s just an old tanning bed and wouldn’t you know it, fwoosh, she crawls out and she’s Diane Keaton.

This new, confused entity convinces Carla that she is, indeed, still Mack, but 35 years older and with the airheaded air of Annie Hall, la-de-da, la-de-da, la-la. That Carla pretty much just rolls with it suggests that this movie exists in a parallel universe where humanity’s collective sense of wonder has gone the way of the Edsel. I guess I don’t know what they should’ve done – find a scientist or doctor or something, maybe? They look for the grifter guy but he’s off the grid so Mack dubs herself Aunt Rita and tells everyone that they’ve swapped apartments for a while so Mack can write in peace in Arizona. And hell and damnation if Rita doesn’t hit it off with Jack, and also manages to gather hundreds of thousands of followers on Instagram. Can you believe it. This What Now phase has gotten way out of hand.

What Movies Will It Remind You Of?: Vice Versa, 13 Going on 30, The Change-Up, Like Father Like Son, The Hot Chick, Freaky Friday, 17 Again, etc.

Performance Worth Watching: Only Harrison is given witty things to say, and she delivers them all via phone, because her character is always far away from the other characters, which is probably a decent way of separating the one funny character from the air of desperation surrounding the non-funny characters. Anyway, Harrison is funny as a cynical, vapid wisecracker that feels very much like it’s poking fun at L.A. stereotypes – and is very much the lone daisy sprouting in the desert.

Memorable Dialogue: Stephanie: “If you’re not getting paid for something, it’s a hobby, and hobbies are disgusting!”

Sex and Skin: None.

Our Take: A better title for Mack and Rita would be 101 Ways to Embarrass Diane Keaton. She teeters around in thigh-high spike heels, bonks around on a pilates machine, flaps her arms and yells during an “influencer event,” gets high on mushroom tea and has a psychedelic drug trip, etc. We get it. Mack doesn’t know what to do with herself in this body. It’s mortifying shit. Mortifying shit that’s desperately unfunny and dragged out to inordinate lengths until you start plotting crimes against humanity because humanity produced the kind of junk that makes a treasure like Keaton flail and work too hard to sell ill-considered material.

The movie flirts with absurdist satire, identity crises, irony, ideas about aging and ageism, May-December rom-com tropes, magical realism, fish-out-of-water comedy and a bunch of other stuff, without fully committing to any of it. You can’t blame a film that assembles Keaton, Loretta Devine, Lois Hill and other funny women of a certain vintage to deliver jokes about their weary bones and whatnot during wine parties; you absolutely can blame it for failing to write any halfway-decent dialogue for them. It’s all forced whimsy, and if whimsy shouldn’t be anything, it’s forced. Whimsy should glide, or simmer. This whimsy chatters and dithers and diddlefarts until it wears out its welcome, and that happens all too soon.

Our Call: Mack and Rita? More like GACK and EXCRETA! SKIP IT.

When Will ‘Knives Out 3’ Premiere? What We Know About the ‘Glass Onion’ Sequel 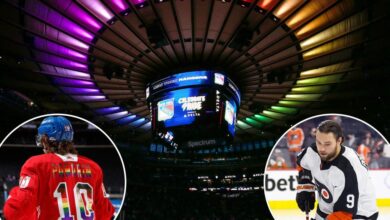 Rangers made an absolute mess with Pride Night about-face 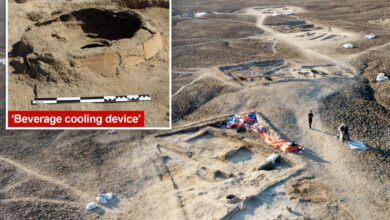 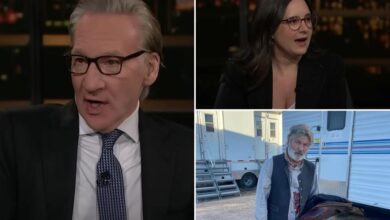 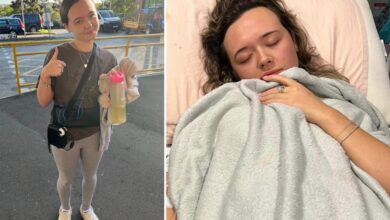