A mother-of-two was stabbed to death during a home invasion on the day after Christmas in Australia — and two teenage boys have now been charged with her murder, local authorities said.

Emma Lovell, 41, was stabbed in the chest on her front yard during a break-in at her family’s North Lakes residence Monday night, Queensland Police confirmed.

Paramedics performed emergency surgery on her at the scene, and she was eventually pronounced dead at the hospital.

In a statement released Tuesday afternoon, law enforcement said that two 17-year-old boys had been charged with murder, attempted murder, and entering a dwelling with intent in company in connection with Lovell’s death.

The suspects– whose names have not been released– were each denied bail. They are next due to appear in Brisbane children’s court.

Two other boys, aged 17 and 16, are cooperating with investigation after being taken into custody along with the accused killers. All four teens were previously known to police.

Originally from Ipswich, Lovell relocated to Australia with her husband, Lee, over a decade ago, The Guardian reported. The couple initially traveled the continent before settling outside of Brisbane to raise their daughters.

Lee Lovell, 43, suffered minor injuries during the attack, and was treated at the hospital.

Speaking to reporters outside his home Tuesday afternoon, Lee said the family was “devastated.”

“Emma was the glue to my family, she was such a beautiful person,” he told ABC News Australia.

Skye Fleming, 14, told the outlet she was a friend of Lovell’s younger daughter, and described the victim as a “second mother.”

“She considered everyone family. It’s such a tragic thing.”

“She was the first person I messaged in the morning and the last person I spoke to at night,” she told the East Anglian Daily Times.

“This horrible and senseless crime has left a massive hole in our lives.”

Just one day before the murder, the Lovells celebrated Christmas Day on the beach at Queensland’s Sunshine Coast. They marked the occasion with a smiling selfie by the water, which Lee Lovell shared with friends on Facebook.

“Hope everyone has a great Christmas…spent with loved ones and friends,” the unsuspecting husband and father wrote at the time.

While the investigation into Lovell’s death remains ongoing, a fundraiser for the family quickly racked up 32,504 AUD (around $21,909) in less than 24 hours.

“In this difficult time, as a community lets help support Lee and the girls as they navigate through this heartbreaking tragedy,” the donation page reads.

Video: J.J. Watt Announces His Retirement From the NFL After 12 Seasons

I'm a waiter who lied to customers — they tipped me $500, now I feel guilty 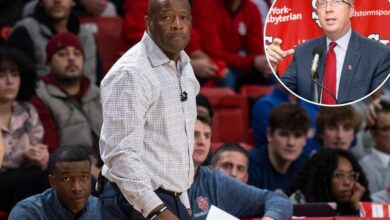 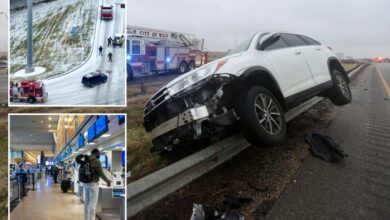 Flights canceled, at least 2 dead as ice storm freezes US 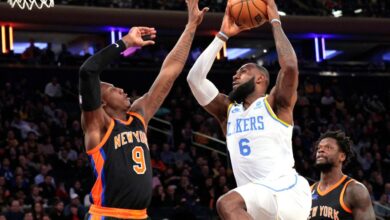 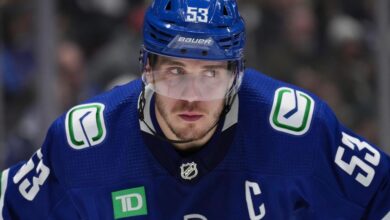 How Bo Horvat made himself an NHL star, and the Islanders new hope