There used to be a time when, if the president contracted a cold, it would be breaking news.

Tom Brady, more than ever, holds that distinction these days.

And now, as Brady tries to hang on to an NFC South title Sunday night, when Tampa Bay plays at Arizona, for the right to chase a long shot eighth Super Bowl championship, speculation season is in full bloom over whether he will finally, definitively decide to hang up No. 12. Or where he will play in 2023 as a free agent, if he cannot shake his football addiction.

“He’s always said he will know when it’s time,” Hall of Fame, Emmy award-winning sportscaster Jim Gray told Serby Says. “None of this is Tom speaking, this is me: It won’t be because he can’t play if he doesn’t play anymore. I think there are about 27 other teams that would sign him tomorrow. It could be 30.”

Gray, for the past 14 seasons, has interviewed Brady on Westwood One at halftime during “Monday Night Football.”

“Would we have ever had the opportunity to hear Muhammad Ali every week talk about his performance?” Gray asks. “As great as Michael Jordan was with the press after every game, did he sit down for a half hour or an hour and talk about what went on throughout the playoffs? And my perspective, this is how I feel: We’re talking to Babe Ruth as he’s doing it.”

“I don’t think he’s gonna go out on a year like this, so I think he’s gonna play at least one more year. We battled against them [Patriots] for years, and I’ve been retired 13 years now and he’s still going. It’s pretty crazy.”

Brady has lost more games this season than he ever has in a single season, but 6-8 is no death sentence in the NFC’s weakest division. There was no Tom versus Time debate after his dramatic fourth-quarter win over the Saints on Dec. 5.

“At the end of the day, the guy still spins it really well,” Gannon said.

Then came his two interceptions and two fumbles in the second half last week against the Bengals to blow a 17-0 lead in a 34-23 loss. Brady had been 159-3 in his career when leading by 17-plus points, including the playoffs, and 89-0 at home.

Dungy was asked if he sees any Brady falloff.

“I’d say a little bit of falloff,” he said, “but the physical traits, just like with Peyton [Manning], were not the things that define him. I think the mindset, the drive, the ability to raise your teammates’ level of play, understanding what’s going on, throwing the ball to the right spot, those things he’s just fantastic at, and I see no drop-off in that.”

But Brady (20 touchdowns, seven interceptions) must find a way to overcome the lack of a commitment to excellence all around him. His frustration, screaming on the sideline and imploring teammates to fight with him, has driven him batty at times.

“When you’re in the building twice as long as the running back or the receiver and stuff, your tolerance level goes way down,” Gannon said. “The last thing you need is some f–king guy not knowing what he’s doing. So what happens is you just blow a fuse.

“Late in my career, that’s the one thing that basically took the fun out of it for me. I’d leave the facility at like 7 o’clock at night and I’d walk around and see four, five players — the playbook’s in their lockers. They didn’t even take ’em on a Wednesday or Thursday night. What really starts bother you is when your issue becomes my issue. Your not preparing affects my body of work.”

So what’s next for the GOAT?

“He’s pretty myopic when it comes to his work,” Gray said. “I don’t think he’s thinking about any of this other stuff. He can do that in March and April and so forth.”

OK, so what could be next in March and April and so forth for Brady should he become a free agent three years after leaving the Patriots?

“I doubt anyone who answers the phone at one of these facilities is gonna say, ‘Thanks but no thanks,’ and hang up,” Gannon said.

“He is 46 [next August], but who’s taking care of their body like him, and by the way, who knows how to make it from the start to the finish?”

On the other hand: “You basically have to have an offense that fits what he does,” Gannon said.

Could the Raiders be a fit? Brady’s former trusted Patriots offensive coordinator Josh McDaniels is the head coach in Sin City, and WR Davante Adams, RB Josh Jacobs and TE Darren Waller, when healthy, would be tempting. Remember when UFC president Dana White revealed that the Raiders had a deal in place with Brady for 2020 to replace Derek Carr, but Jon Gruden vetoed it?

The 49ers? Brady’s childhood team? What if John Lynch and Kyle Shanahan trade Jimmy Garoppolo and decide to have Trey Lance and Brock Purdy learn for a year under Brady?

“I think that train’s left the station,” Gannon said. “For both of ’em.”

The TB12 train harbors a man who keeps trying to push the longevity and lifestyle envelopes on the field and off.

“He still fascinated on trying to throw a perfect spiral and winning a game,” Gray said. “He just doesn’t talk it, he actually lives it. … His continued pursuit of excellence and his achievement.

The last thing anyone should want for Brady is to leave the game he loves so much and regret it later.

“He’s a better human being than he is a quarterback,” Gray said. “Literally always trying to be better tomorrow than was yesterday, and he’s trying to improve even at this stage of his career.”

Brady on his Let’s Go! podcast: “I think anyone who’s gone through life and struggles at their job or struggles in other aspects of life, when you do put effort and energy into it, you know, what are you learning from that as opposed to, you know, why is that happening to you and for you? You’re not a victim of that. We’re not a victim of losing games. The sun came up today. We’ve got something to do about it. We woke up, we have a chance. This is not the time to feel sorry for yourself. So get up, go into work and make it better, and improve it and work harder and work more determined.”

Whenever and wherever this championship fairy tale ends, the NFL will be a lesser place without Tom Brady.

“But it won’t be because he can’t play.” 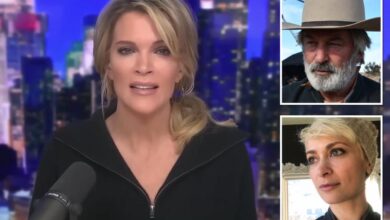 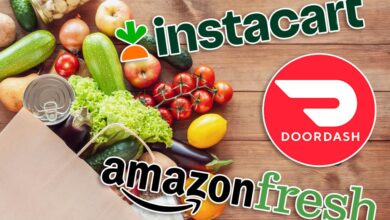 The 8 grocery delivery services we reviewed for 2023 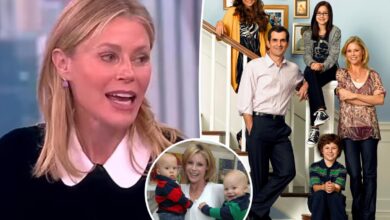 Julie Bowen got her stomach ‘fixed’ after twins ‘ripped it open’ 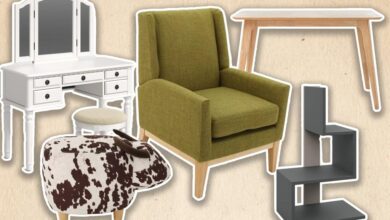