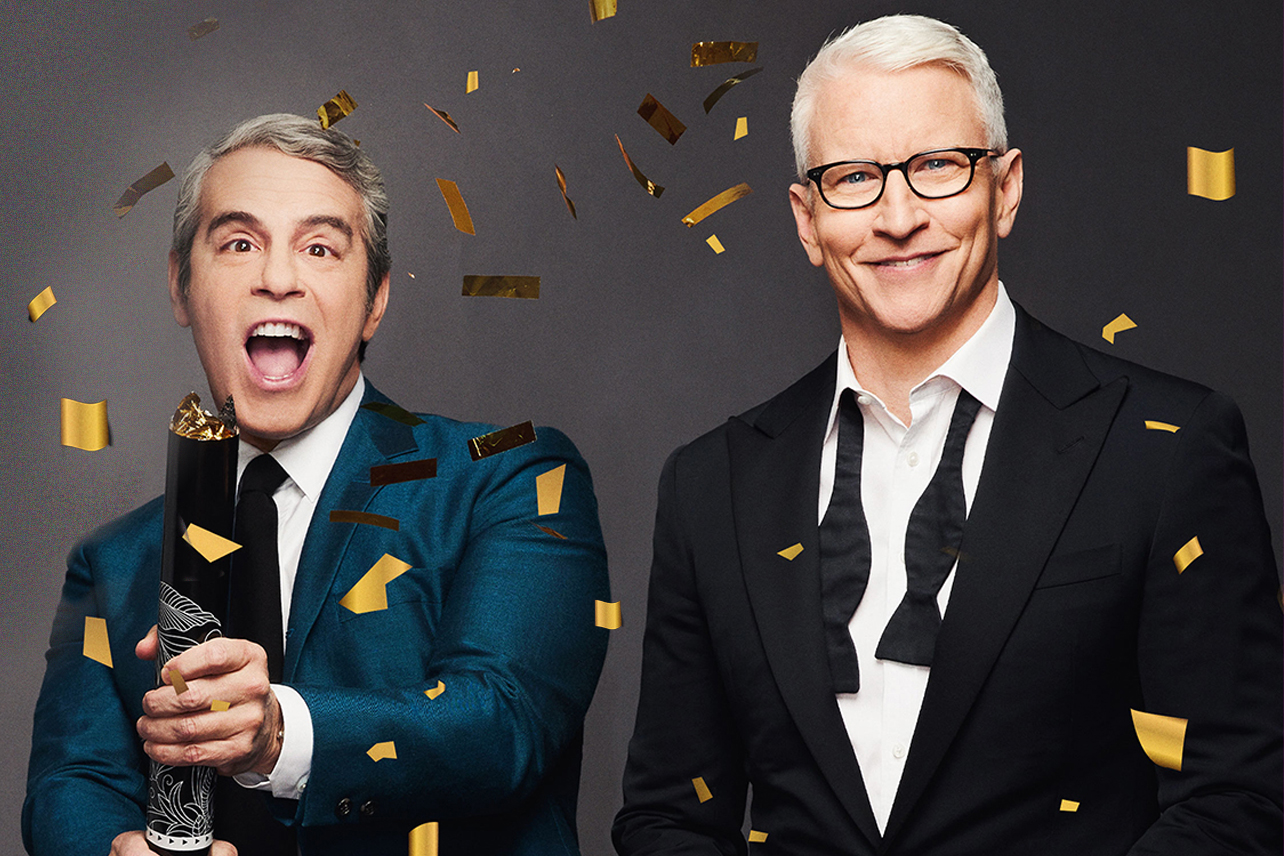 Celebrate 2023 with the dynamic duo of Andy Cohen and Anderson Cooper!

First things first: It looks like Cooper and Cohen will not be drinking during their popular CNN New Year’s Eve broadcast, despite reports to the contrary. “We aren’t drinking, but we’re going to have a BLAST,” Cohen told Page Six. Cohen’s clarification came after he suggested in a recent Rolling Stone interview (released Wednesday but recorded more than a month ago) that he would imbibe during the show, despite CNN banning its contributors from drinking.

“My job is to take Anderson out of his comfort zone [and] my job is to be a party ringleader for everyone watching us on New Year’s Eve,” Cohen previously told Rolling Stone. “If the correspondents are not drinking this year, I will be partying even harder on their behalf.”

New Year’s Eve Live begins at 8:00 p.m. ET on CNN. At 12:30 a.m. ET, the guys will hand over coverage to Don Lemon, who will be in New Orleans as the Central Time Zone rings in the New Year.

CNN’s New Year’s will stream live for pay TV subscribers via CNN.com, the CNN app, and CNNgo (where available). The special will also be available on demand the day after the broadcast airs on CNN.

You can’t stream tonight’s coverage with a traditional Hulu account, but you can watch via Hulu + Live TV’s CNN live stream. Available for $69.99/month (which includes ESPN+, Disney+, and Hulu), the service no longer offers a free trial.

What to know about baby names reportedly banned in America

‘The View’ Punctures “Clown” Marjorie Taylor Greene’s VP Hopes: “It Will Not Be Her”

How to stop big tech spying on you