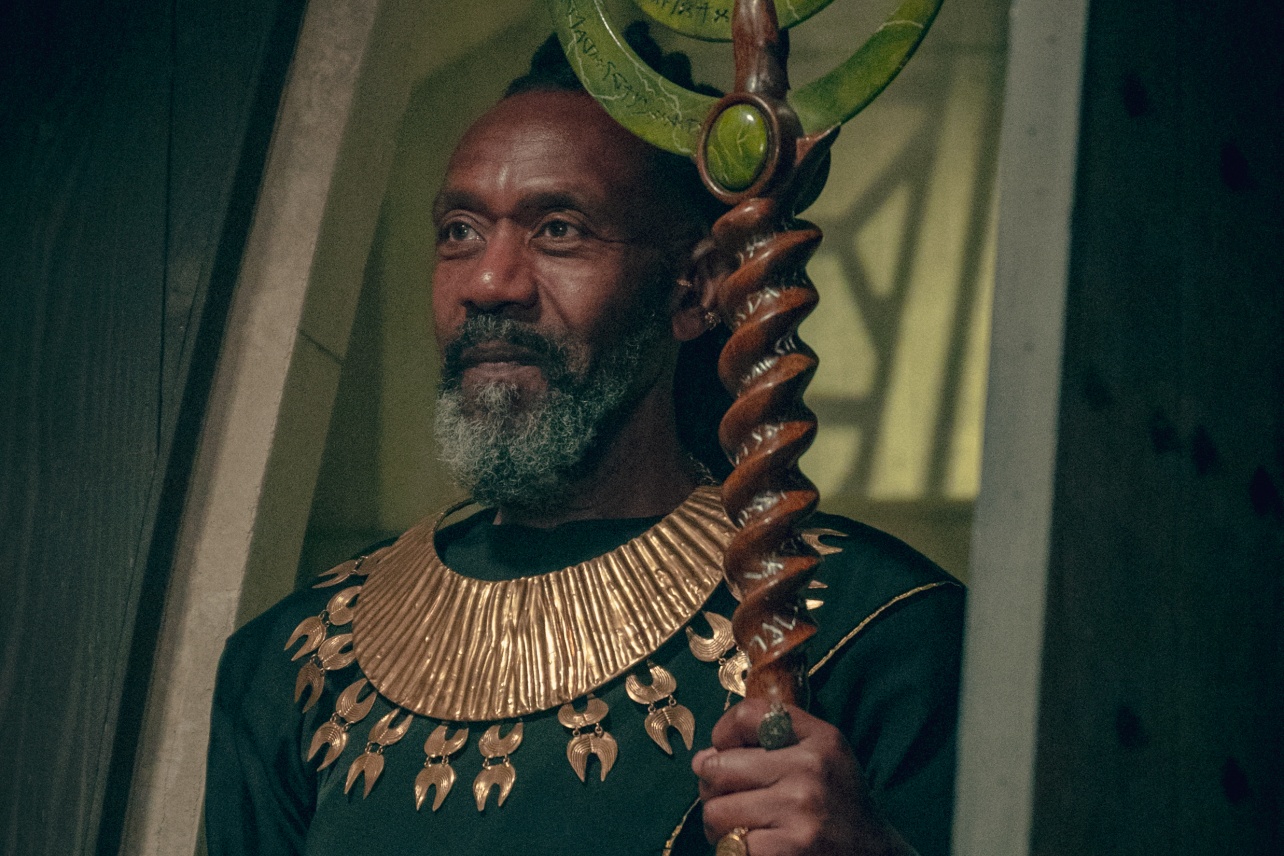 If you love Witcher lore, then The Witcher: Blood Origin is the series for you. A deep dive into the Conjunction of the Spheres? The tale of the first witcher? An ominous warning to Jaskier (Joey Batey)? Truly, this prequel has it all.

But there’s one Easter egg in this four-episode series that’s just a little more important than the rest. His name is Eredin, and this is his story. Spoilers ahead.

Who Is Eredin in The Witcher: Blood Origin?

If you were to round up Blood Origin’s losers, Eredin (Jacob Collins-Levy) would be towards the top of that list. Originally, Eredin was the righthand man of Chief Druid Balor’s (Lenny Henry). That’s why he agreed to work with Balor to take out the king and overtake the throne in the first place. Eredin was confident that his bud Balor would look out for him no matter what.

It was Queen Merwyn (Mirren Mack) who made Eredin doubt this alliance. After she learned of Balor’s scheme, she sought out Eredin, promising him a future where he could publicly be with his lower class boyfriend without sacrificing his social or political power. Her promises worked, and Eredin swapped sides to stand with her. But in the end, it didn’t really matter whose side he was on. After Balor used the monolith to open a gate to the other realms, he sacrificed Eredin and his men so that he could obtain chaos magic.

Blood Origin leads viewers to believe that Eredin died during this sacrifice. But he didn’t. In the prequel’s final moments, Eredin — still trapped between the realms — finds a beaten mask and places it on his face.

Who Does Eredin Become in The Witcher?

If you’ve spent this entire time asking yourself, “Why does the name Eredin sound familiar?” great work. Blood Origin‘s Eredin is actually Eredin Bréacc Glas, aka Sparrowhawk, aka King of the Wild Hunt. An Aen Elle elf, this commander is one of the biggest antagonists in the Witcher series.

What Is the Wild Hunt?

For years, the Wild Hunt was believed to be a group of specters who roamed the sky on their undead horses. They were often thought of as an omen of war. However, their true purpose was to find and capture slaves from other realms to serve the Alder Folk, another name for the Aen Elle elves who inhabit another realm. During the events of The Witcher, the Wild Hunt eventually targets Ciri due to her Elder Blood. They want her to have sex with King Auberon and pass her Elder Blood down to their children, which would give them access to the Gate again.

Backlog of US asylum claims tops 1.5 million, most on record: analysis

Cher's 'engagement ring' from boyfriend 'AE' Edwards could be $250K