Since the day Jacque Vaughn took over the Nets, they’ve been as good as any team in the league.

And from that moment on, Ben Simmons has in his way been as impactful as any player on the roster.

The Nets are 22-7 since Vaughn replaced Steve Nash on Nov. 1. And while the scoring of Kevin Durant and Kyrie Irving has led the way offensively, Simmons’ contributions — free throws aside — have been understated and underrated.

His net rating of plus-11.1 under Vaughn is the best on the team. After shaking off an early-season malaise, Simmons has looked more assured and more explosive.

“It’s both,” Simmons said. “As time goes on, just adjusting, learning how to play with these guys, knowing who to get shots, when to get shots, being aggressive. And then defensively, being more confident and sitting down and getting in my stance and moving. Once I have that confidence to move right with my body, I feel like I can do a lot of things out there to help the team win.”

Simmons has done just that, with the Nets 16-4 when he’s played since Nov. 1. In their NBA-best 11-game win streak he’s defended, rebounded, pushed the tempo, created in the half court and done everything except hit free throws (0-for-9).

And Vaughn sees the surge as both physical and mental.

“It’s all that,” Vaughn said. “When your body feels good and your mind can say, ‘OK, yeah, my body does feel good,’ then you’re able to do certain things, whether that’s pushing the pace and turn that into a layup, whether that’s post up and be aggressive and physical banging in the post, and getting to the rim. Then also seeing what the groups look like that he plays with has been huge.

But that lack of comfort made Saturday’s effort even more encouraging than the quiet two points in 19 minutes would suggest.

Sign up for Inside the Nets by Brian Lewis, exclusively on Sports+.

Simmons had been fighting a non-COVID illness, downgraded to questionable. But amid predictable social media snark, he pushed through and played.

“It is a huge sign for your teammates, showing up for your teammates being ready to rumble,” Vaughn said. “You’re not gonna be 100 percent all the time. … For Ben to go through treatment and work to trying to play means a lot to the group. It goes a long ways as far as accountability to your teammate. So it definitely means something for sure.”

“I just wanted to be on the floor. Whatever I can give my teammates I’m gonna give them, whether it’s two minutes, 10 minutes, 30 minutes I want to be there to help this team win,” Simmons said. “We’re doing something special so far, we’ve good chemistry and guys just want to win. That’s all that matters.”

In the wake of the Nets trading former MVP James Harden for him, Simmons missed last season due to mental health woes and a bad back. He was pilloried publicly and there was even some internal grumbling when he didn’t suit up in the do-or-die Game 4 last season versus Boston, and missed more time early this season.

Seeing him gut through Saturday was an auspicious sign.

“It’s very encouraging. Any time one of your teammates is willing to put their body on the line for you, you don’t take that for granted because obviously he’s putting himself at risk,” Irving said. “He’s sick, he isn’t feeling well, but felt a call to play and honored that.”

“It says a lot. Somebody who wanted to finish the year off with us, banged up and sick but was able to come out and give us some solid minutes and we really appreciate that,” Durant said. “We know you’re under the weather but you still want to give it a push to go play. It says a lot. Regardless of how many minutes he played or the stats, he still came out and played hard, so we respect that.” 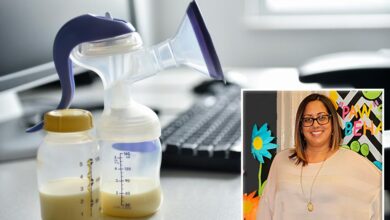 Paulisa Jefairjian had to hide under desk to pump breast milk: suit 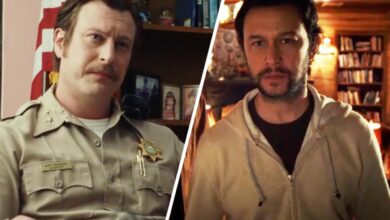 Who Do Noah Segan and Joseph Gordon-Levitt Play in ‘Poker Face’? 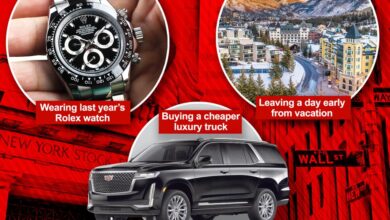 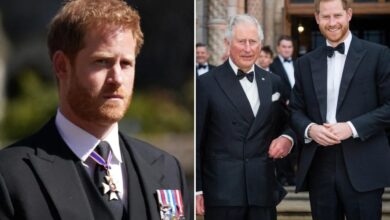