CHARLOTTE, N.C. — Ben Simmons — listed as questionable Saturday — pushed through a non-COVID illness to start in the Nets’ 123-106 New Year’s Eve rout of the Hornets.

It was the Nets’ NBA-best 11th straight win. But Simmons wasn’t getting too high over the streak, just as he hadn’t gotten too low during his earlier struggles. Those are lessons he has learned comparing and contrasting the Nets, led by Kevin Durant and Kyrie Irving, with the 76ers squad he asked to trade him last season.

“It’s not getting too carried away knowing we have a long year and guys understand that,” said Simmons, who scored two points and had three rebounds and two assists in 19 minutes. “My experiences in Philly, we had a young team and we had guys who are not used to being in the league for that long, and not knowing how to win and not knowing it’s not easy to win.

“We have a lot of vets on the team, Ky, Kev, guys like that and understanding it’s game-by-game and not getting too carried away with the noise, which has been great.”

Yuta Watanabe had 11 points, five rebounds and a career-high five steals off the bench. It was the most steals in a game for a Net this season and the first five-steal game for the team off the bench since Caris LeVert on Feb. 8, 2019, against Chicago.

“I didn’t know I had five,” Watanabe said. “I was able to develop my game because coaching started trusting me, giving me a lot of minutes. So I don’t know how I got five steals, but I’m glad that I got them.”

The Nets finished December with a record of 12-1, the winningest month in franchise history. It was also the top record in the league this month. They have won 15 of their last 16 games and 18 of their last 21 overall.

Center Nic Claxton tied a career high with six blocks for a second straight game. He’s the first player to register six blocks in consecutive games since the Bucks’ Brook Lopez in January 2020, and the first Net to do so since Shawn Bradley in November 1996.

Joe Harris has missed four straight games with a sore left knee, but seems on pace to return on Monday at home versus the Spurs.

“Good progress for Joe going forward, so look forward to seeing him when we get back,” coach Jacque Vaughn said. “Yeah, I am hopeful for [Monday]. He’ll actually go get some treatment [Sunday]. I texted with him and he was feeling better. So he gets treatment … and see how he responds.”

60 parkgoers rescued after 'The Wheel at ICON Park' loses power 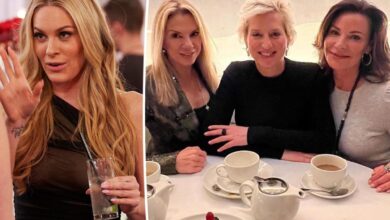