The pillow fight that is the NFC South can be decided once and for all — for better or worse — on Sunday in Tampa.

A win by the Buccaneers (7-8)  over the Panthers (6-9) at Raymond James Stadium, and Tom Brady and Tampa Bay will repeat as division champions and earn a postseason berth for the third consecutive year, regardless of what happens in the final week of the regular season.

A win by the Panthers, who’ve won four of their past six games under interim head coach Steve Wilks, will elevate them into a tie with the Buccaneers with the opportunity to win the division with a win next week at New Orleans. Carolina last won a division title in 2015.

“We know what this game entails,” Wilks said this week.

“We understand what the game means,’’ Buccaneers head coach Todd Bowles said. “They need it and we need it, so it’s essentially a playoff game.’’

The Panthers, who are 5-5 under Wilks since Matt Rhule was fired after Week 5, would overtake the Bucs for the division lead in the event of a tie based a 1-0-1 record in the season series. The Panthers beat Tampa Bay 21-3 on Oct. 23.

“I’m not in Tom Brady’s head, but he definitely remembers this game,” Panthers linebacker Shaq Thompson said, referring to the teams’ first meeting. “We both know what’s on the line.”

The Bucs are trying to win consecutive division championships for the first time in franchise history. Brady has won an NFL-record 18 division titles, all but one of them with the Patriots.

“The important part is it’s something that’s earned,’’ Brady said. “There’s nothing given. There’s nothing you really take for granted. Every year is something different. I think obviously this year … we’ve dealt with some injuries, a lot of different lineup changes, some tough games, a lot of tough calls, close calls. But we have an opportunity now to do something really positive. It’s a big challenge. It’s a great opportunity. You don’t take it for granted.”

For the Bucs to win this game and clinch the division, they’re going to have to figure out a way to stop the Panthers’ rushing attack, which stamped 320 yards on the Lions’ defense last Sunday.

D’Onta Foreman led Carolina with 165 yards rushing and a touchdown and Chuba Hubbard ran for 125 yards. Both totals were career highs.

“That’s been the key to our success this season,” Foreman said. “When we’ve run the ball well, we’ve won games. When we haven’t, we’ve lost.”

The Panthers have also benefitted from efficient, smart play by quarterback Sam Darnold. Since taking over for Baker Mayfield, Darnold is 3-1 and has four touchdown passes and no interceptions. Last week, he passed for a season-high 250 yards, throwing for one TD and running for another.

On the other side of the ball, the Buccaneers go as Brady goes. Brady has thrown for 4,178 yards with 21 TDs and nine INTs, yet the Bucs are curiously scoring an average of just 17.7 points per game, ranked 28th in the league.

So, it has been an uncharacteristic struggle for Brady, who at times has looked every bit his 45 years behind a patchwork offensive line that has been ravaged by injuries.

Brady is on pace to break the NFL’s single-season record for pass attempts. He has thrown 671 passes through 15 games, just 56 short of the record 727 Matthew Stafford attempted in 2012 with Detroit.

“This team has a lot of resilience,” Brady said, referring to the Bucs’ comeback from a 16-6 deficit at Arizona last week to win in overtime. “We fight hard … 7-8, that’s not where we want to be, but we’ve got a chance to win a [division] championship game.”

With the Panthers hurting at cornerback because of injuries, they signed Josh Norman this week, giving them some experience in the secondary. The 35-year-old Norman was an All-Pro for the Panthers, when they went to the Super Bowl in 2015, with Wilks his position coach.

Wilks believes Norman, who hasn’t played this year, could step in as a backup to Keith Taylor Jr. this week if needed. Taylor has been pressed into starting duty after Donte Jackson tore his left Achilles tendon in Week 10 and Jaycee Horn fractured his left wrist last week.

World population expected to increase to more than 7.9 billion on New Year’s Day; nearly 1% uptick from 2022 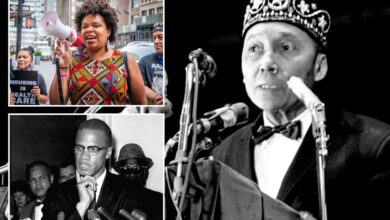